Glenn Youngkin will be Virginia’s next governor after narrowly beating former Gov. Terry McAuliffe Tuesday night, making him the first Republican to win statewide in over a decade and ending Democrats’ total control over the legislative process held for nearly two years.

Youngkin led by just over two points when the Associated Press called the race early Wednesday, buoyed by record turnout in rural areas and an energized Republican base. He trailed McAuliffe in nearly every poll up until the final days of the race, when late momentum gave him the slimmest of leads in a state that President Joe Biden won by over 10 points just a year ago.

In addition to Youngkin, Republican Winsome Sears won the state’s race to be lieutenant governor, while Jason Miyares, also a Republican, led in the state’s attorney general race, respectively. Republicans also appear to have flipped six seats in the Virginia State House, a margin that, if it holds, would turn Democrats’ 10-seat majority into a 51-49 GOP majority.

“Together we will change the trajectory of this Commonwealth,” Youngkin said in a speech early Wednesday. “We’re going to restore excellence in our schools.”

While Virginia’s economic recovery and the coronavirus vaccine were the dominating issues for much of the race, education became central as the contest became more nationalized and McAuliffe’s lead began to erode.

“While last night we came up short, I am proud that we spent this campaign fighting for values we so deeply believe in,” McAuliffe said in a statement conceding the race. “Congratulations to Governor-Elect Youngkin on his victory. I hope Virginians will join me in wishing the best to him and his family.”

Education leapt to the forefront of both campaigns after McAuliffe said that he did not “think that parents should be telling schools what they should teach” during a September debate, referring to two bills he vetoed while governor that would have allowed parents to prevent their kids from engaging with material that they deemed explicit or sexual. Youngkin repeatedly brought up McAuliffe’s remark in the following weeks, even airing ads that accused him of siding against parents when it came to their kids’ educations.

McAuliffe in response accused Youngkin of promoting a “racist dog whistle,” and repeatedly tried to tie him to former President Donald Trump, who twice lost the state and remains deeply unpopular in it. He also campaigned alongside Biden, Vice President Kamala Harris, former President Barack Obama and other high-profile Democrats in a bid to energize his base. (RELATED: Youngkin Leads Or Ties With McAuliffe In Polling Trackers In Race To Be Virginia’s Next Governor) 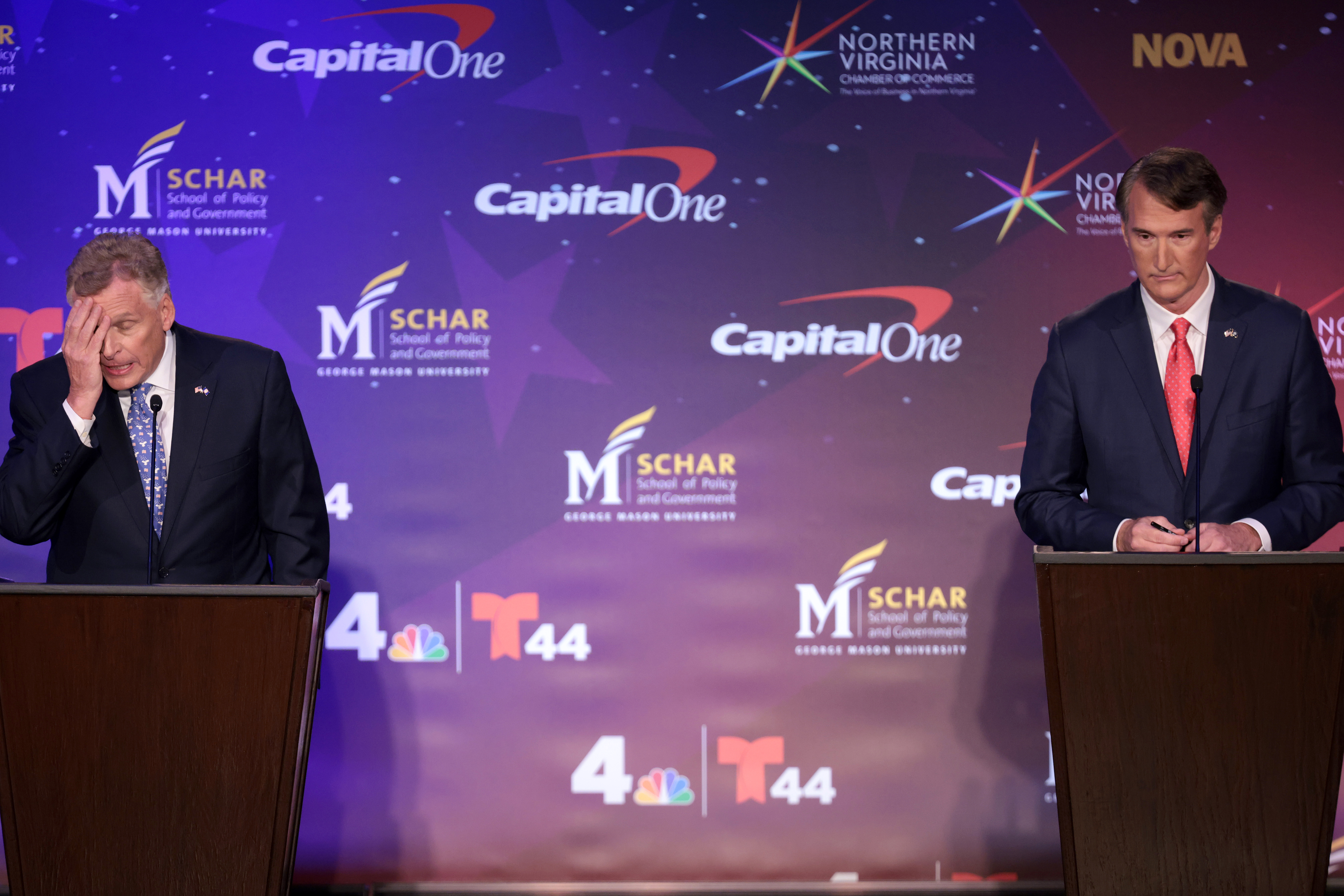 Critical Race Theory (CRT) and transgender rights also moved front-and-center in the race’s final weeks, with increasingly frustrated parents voicing their concerns in front of school boards in some of Virginia’s most populous counties. In Loudoun County, which extends west from Washington, D.C.’s outer suburbs, the school board covered up the alleged sexual assault of a girl by her transgender classmate for months, ultimately leading to the board’s head resigning in October.

“[Virginia] is leading the nation away from heavy-handed government control and putting power back into the hands of the people,” former U.N. Ambassador Nikki Haley told the Daily Caller News Foundation when asked to comment on Youngkin’s win. “Virginians rejected woke polices and chose an optimistic vision for the future.”

Youngkin also pledged to ban the teaching of CRT in Virginia schools on his first day in office. “We are going to embrace our parents, not ignore them,” he added early Wednesday

In addition to Youngkin’s late momentum, concerns over rising inflation, crime and the pandemic have risen nationwide, lowering Democrats’ overall approval given their control of the White House and Congress. They have also struggled to pass the bipartisan infrastructure bill and Biden’s $1.75 trillion spending package, which together compromise the bulk of his domestic agenda, though they aim to vote on both this week and are hoping to compromise on key provisions.

“Youngkin’s win reflects a race well-run and a suburban electorate that is increasingly frustrated by rising inflation, rising crime, rising political correctness and persistent pandemic mandates,” Bruce Mehlman, a veteran Republican strategist, told the DCNF. “[It reflects] an overall sense that government should do less.”

In New Jersey, the only other state to hold a gubernatorial election this year, incumbent Democratic Gov. Phil Murphy trails Republican challenger Jack Ciattarelli by less than 200 votes out of over 2.2 million cast with 88% of the vote reported.