The elections this week have provided America yet another opportunity to begin healing. It would be amazing if we took advantage. The way America is spiraling downhill, these opportunities will not keep coming up forever. Given the fact that few people are even speaking to those with opposing views, it seems highly unlikely. But it’s nonetheless an aspiration worth considering.

Very few of those in power who bemoan the national mood — the record low levels of trust in national leaders and institutions, the high number of Americans who see the country as headed in the wrong direction — have even begun to think deeply about why these phenomena are occurring.

Blaming social media or cable TV passes for deep thought in this area. They have certainly played a role, but they have helped facilitate the explosion in national disgruntlement more than they have been the source. The source is a feeling — one founded in fact — of American decline or at least stagnation.

The richest have thrived during the era of increased globalization and corporate consolidation. Massive multinational companies are booming. The finance sector of the economy has never had it so good. I still remember sitting shocked in the Oval Office as a young White House policy adviser as I listened to then-Treasury Secretary Hank Paulson tell then-President George W. Bush that there was a problem on Wall Street. As Paulson told it — more than 15 years ago now — it was “raining money” on Wall Street money managers. Those in finance were reaping previously unthinkable profits due to the explosion of investment coming into the system from China, Russia and the Middle East. His worry was that it was too good. The system was too frothy.

Paulson was right to be worried. The financial crisis soon followed. But even after the financial crisis, due to massive government intervention, Wall Street and the top multinational companies kept right on booming. The rest of America? Not so much. For the average American struggling with lower wage increases, ballooning health care costs, out of control college inflation and high energy prices, America does not seem as full of opportunity as it did for prior generations. When people feel like their opportunities are stalled and see the top group of Americans thriving like never before (take a look at the private airstrips in any high-income American town), they become disgruntled. That’s America 2021: no trust, volatile politics and worry about our children’s future. (RELATED: Expect Inflation, Supply Shortages To Last Well Into 2022, Economists Say)

President Joe Biden campaigned largely as someone who could help bring America together again. He devoted almost his entire inaugural address to the cause. I wrote a whole column congratulating him for it, since national healing is what America needs more than anything else. Since taking office, Biden abandoned any semblance of effort on national unification. Instead, he has allowed the radical left wing of his party to set the agenda. 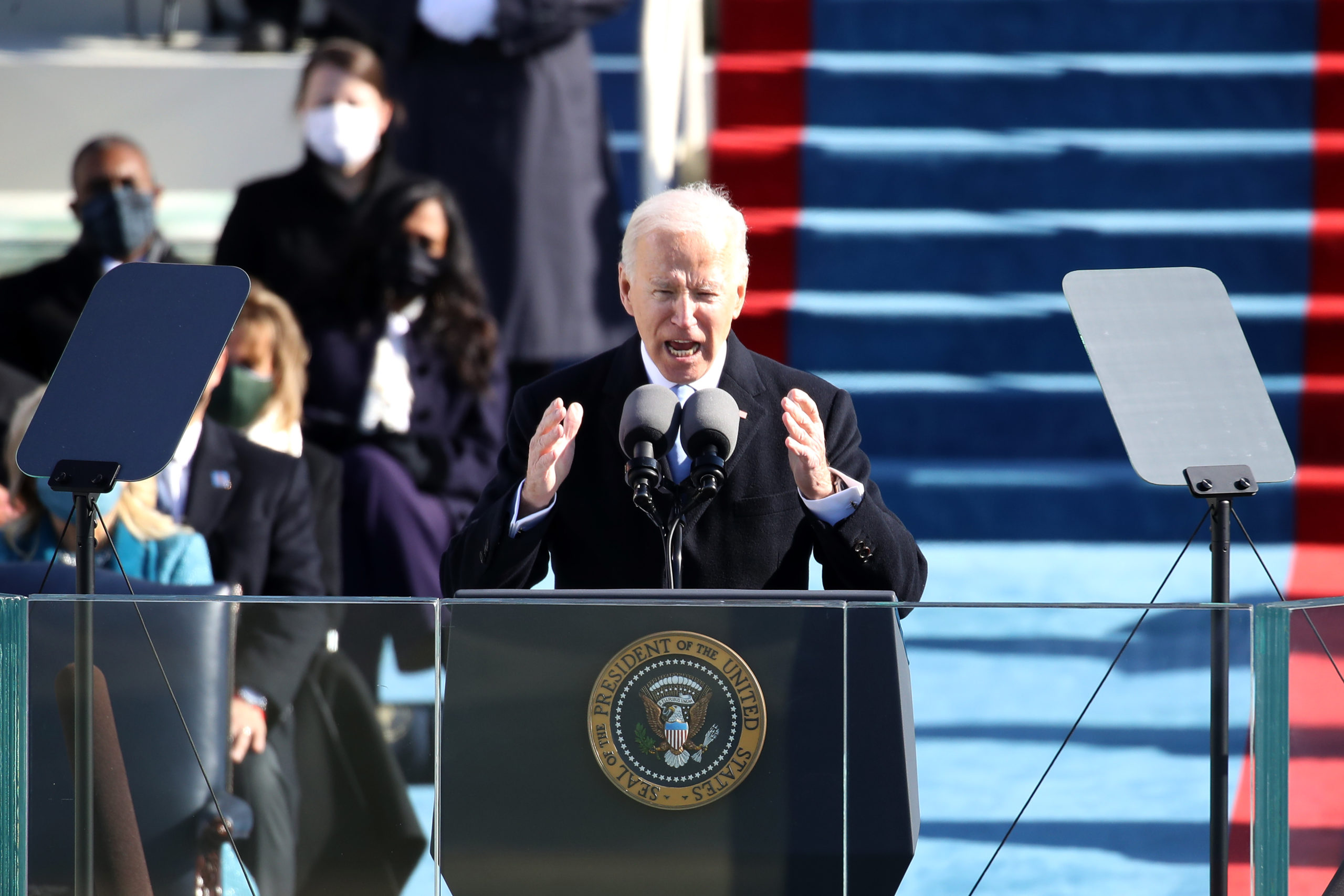 The results have been catastrophic. Democrats paid for that at the polls this week. Our southern border has essentially been completely opened. The “defund the police” movement has resulted in the vilification of law enforcement and record levels of retirement. The Afghanistan withdrawal was handled with such haste and mismanagement that troops were actually pulled out with innocent Americans still on the ground, and sensitive military equipment was handed over to terrorists. The domestic energy success story of the past decade was quickly erased on ideological grounds. Energy prices are now so high that after helping curtail domestic oil and gas production, the president is pressuring OPEC producers to ramp up their own production. Spurred on by government policies, inflation — which had been under control for decades — is back and hitting family budgets hard. And, perhaps most importantly of all, many schools across the country have been co-opted by a truly radical agenda, including teaching kids that they are defined by their race — as un-American an idea as there can ever be.

Biden has another shot to right his ship before the midterm elections in 2022. He has it within his power to get the border under control again. He can push back harder on the anti-police rhetoric and policies promoted by the radical left of his party. He can focus again on U.S. energy independence and production. He can push his Justice Department to retract the memorandum that tacitly threatened parents concerned with local school districts adopting radical policies. And finally, he can take another look at the record spending levels Democrats seem poised to ram through Congress without any Republican support. 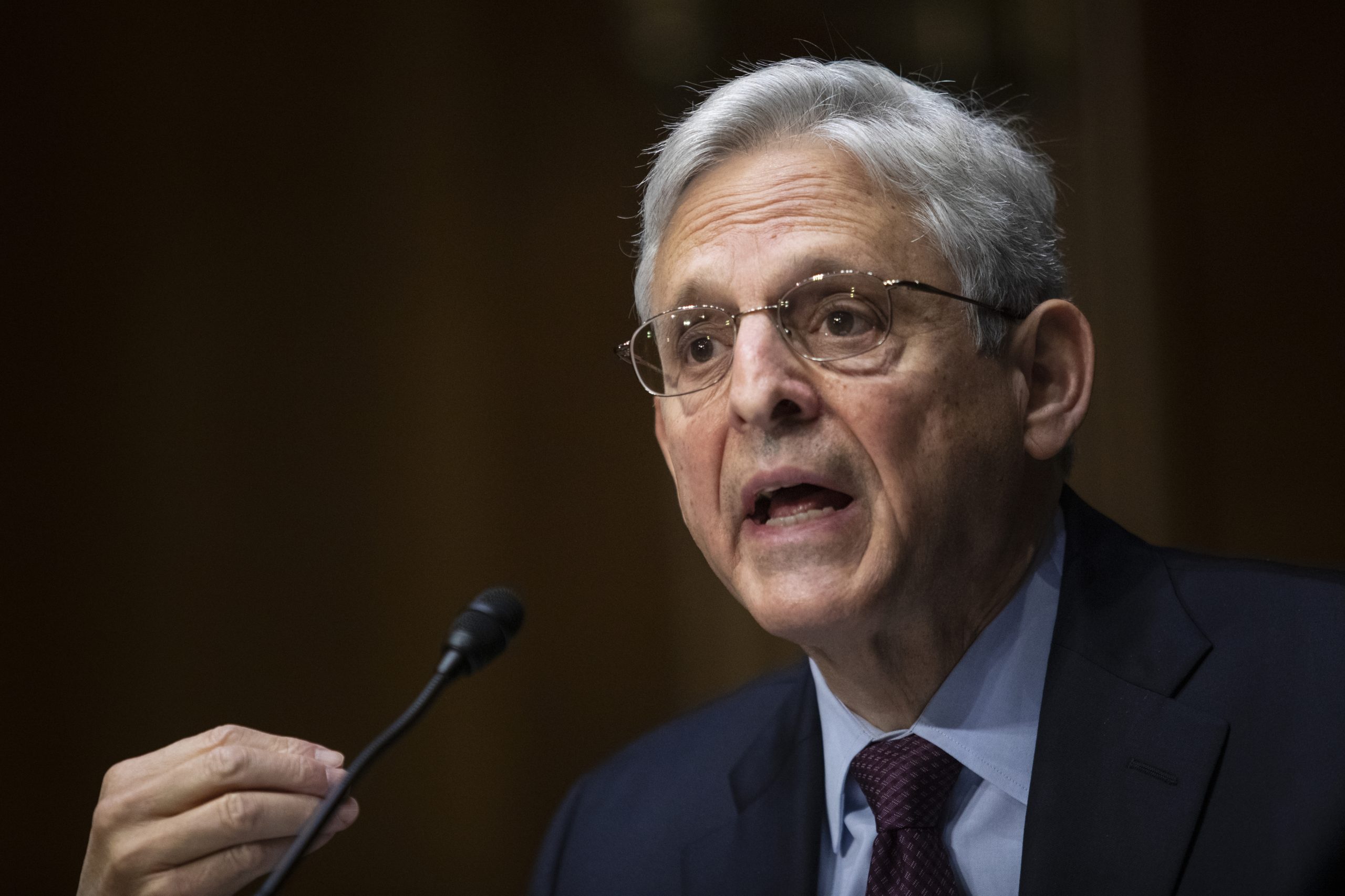 WASHINGTON, DC – OCTOBER 27: U.S. Attorney General Merrick Garland testifies before a Senate Judiciary Committee hearing on October 27, 2021 in Washington, DC. The Justice Department will prioritize redlining investigations with Garland pledging the crackdown on discriminatory lending would be unprecedented in its aggressiveness. (Photo by Tom Brenner-Pool/Getty Images)

Both parties have contributed to the bankrupting of our children and grandchildren’s generations with the unsustainable growth in government spending. However, the sheer enormity of what Democrats are planning will leave their party owning the debt issue if their reconciliation bill becomes law. Even more important from a political perspective, adding trillions of dollars in new spending when America is already seeing high inflation is as obviously problematic as the open borders, anti-police and anti-parent school policies before them. It makes no sense. If Biden continues down the road with his record spending bill and the predictable inflation follows, that will be his legacy. (RELATED: Four Issues That Could Demolish Democrats In 2022)

There is another agenda available to the president. More Republicans than ever are open to a fairness agenda that helps regular Americans, even if it comes at the expense of the finance sector or large multinational businesses. This was the obvious agenda waiting for Biden at the start of his presidency. It’s the pre-woke left’s agenda. It’s a mystery why he didn’t take it. Democrats have paid the price for that, but they have one more shot before the midterm elections force their hand once and for all.