The Democratic Governors Association (DGA) has abandoned any hopes of taking down Florida Republican Gov. Ron DeSantis, with the organization saying they have no plans to give much financial support to any Democrats seeking to unseat the governor, according to Politico.

The organization is slated to deprioritize the state, which received more than $15 million in the past two gubernatorial cycles, two Florida Democratic consultants told Politico.

The decision comes as the organization fears resources would be wasted on the race against DeSantis and would better be used to defend incumbent governors in other, more winnable states, according to the report.

Democratic consultant who has worked with the DGA, Jonathan Ducote, told Politico the organization “is playing mostly defense this year.”

“That’s a monumental change,” he reportedly said. “When I think about Florida statewide elections, the number one thing you have to ask yourself is do you have the money to communicate in a really expensive state?”

An unidentified individual working with the DGA said the organization is limiting its financial help to Florida Democrats, according to the report. 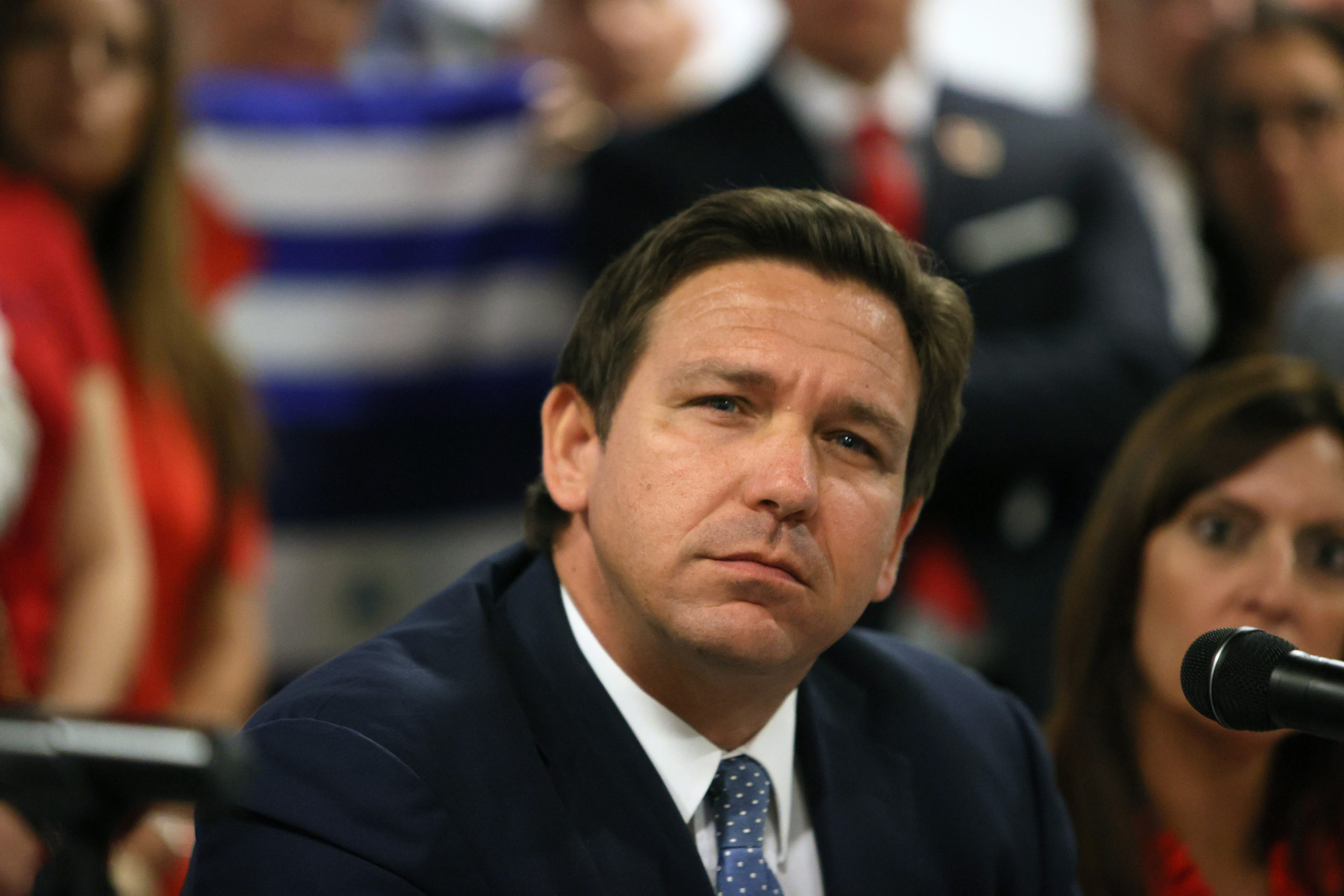 MIAMI, FLORIDA – JULY 13: Florida Gov. Ron DeSantis takes part in a roundtable discussion about the uprising in Cuba at the American Museum of the Cuba Diaspora on July 13, 2021 in Miami, Florida.  (Joe Raedle/Getty Images)

“I spoke to them two weeks ago. We had a pretty candid conversation. DeSantis is looking strong politically and financially, and there are states like Massachusetts, Maryland and Arizona where they see potential pickups on top of incumbent protection,” the consultant reportedly said. “They might do some money, but they are not going the way they have been in the past. There are not going to be multi-million-dollar checks.”

DeSantis has raked in the funds for reelection since March, far out-raising likely challenger Democratic Agriculture Commissioner Nikki Fried. DeSantis brought in $5.47 million during September while the committee Friends of Ron DeSantis has roughly $58.3 million in cash on hand as of Sept. 30, according to South Florida Sun Sentinel.

A poll from September found DeSantis won 47% of the vote in a hypothetical match up against possible Democratic challenger Charlie Crist, who only received 39% of the vote, according to WTSP. When stacked up against Fried, DeSantis garnered 48% of the vote while Fried won just 36%, according to the report. (RELATED: ‘I’d Beat Him Like I’d Beat Everyone Else’: Trump Weighs In On Ron DeSantis 2024)

While the election is one year out, DGA’s Deputy Communications Director Sam Newton told the Politico that DeSantis will nonetheless face a difficult reelection.

“Florida is a tried and true battleground state where he’ll have to answer for putting his own partisan politics first – even when it hurts Floridians,” Newton reportedly said. “That includes opposing Medicaid expansion, costing lives by playing political games with COVID-19, and even slamming local counties and schools with fines just for implementing their own common sense mask and vaccine measures.”