Over 1,000 Afghan children were brought to the U.S. without their parents as part of U.S. efforts to evacuate allies after the country fell to the Taliban, Reuters reported Wednesday.

Around 1,300 children arrived in the U.S. alone, according to Department of Health and Human Services (HHS) data obtained by Reuters. Most of the unaccompanied minors were accidentally separated from their parents or guardians during the evacuation in Kabul, Afghanistan.

The Biden administration doesn’t appear to have a plan to reunite Afghan children with their parents who are held up in countries other than the U.S., Reuters reported. There also aren’t enough foster families in the U.S. with the same cultural background as the children. 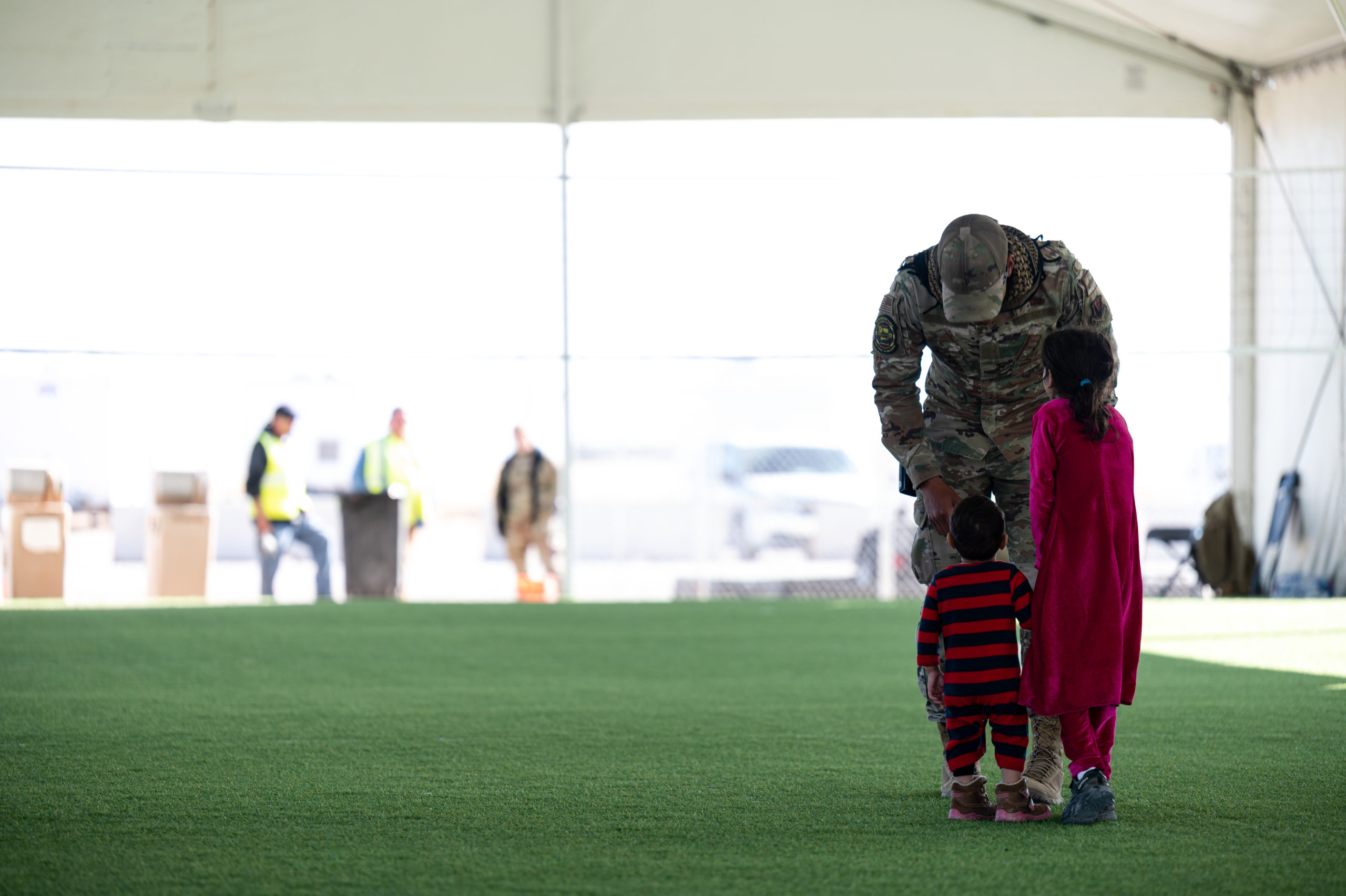 A US military service member speaks with Afghan children in the recreation area of an Afghan refugee camp on November 4, 2021 in Holloman Air Force Base, New Mexico. (Photo by Jon Cherry/Getty Images)

Around 266 Afghan children were in federal custody at HHS shelters and in other long-term foster situations, HHS told Reuters. Dozens of unaccompanied minors don’t know anyone in the U.S. who is eligible to sponsor them so they can leave federal custody.

HHS said most of the evacuees were granted temporary admittance to the U.S., meaning they’re protected from deportation proceedings but aren’t allowed a permanent legal status, Reuters reported. (RELATED: At Least 30 Afghan Children Have Come To The US Alone)

More than 26,000 Afghans have requested admittance to the U.S. since August, Reuters reported. Afghans have to apply to come to the U.S. through embassies in third countries since the Kabul embassy closed during the evacuation.