The United States expressed concern Thursday over Russia potentially gearing up for an invasion of Ukraine, The Associated Press reported.

U.S. Secretary of State Antony Blinken met with Russian Foreign Minister Sergey Lavrov in Stockholm and told him that “there will be serious consequences [if] Russia decides to pursue confrontation” with Ukraine, the AP reported.

Officials in Ukraine and other western countries worry about an invasion, citing a potential buildup of Russian troops and military efforts near the Russia-Ukraine border. Kremlin spokesperson Dmitry Peskov said the increased fear is a result of “the Ukrainian authorities’ aggressive and increasingly intensive provocative action on the line of contact.” 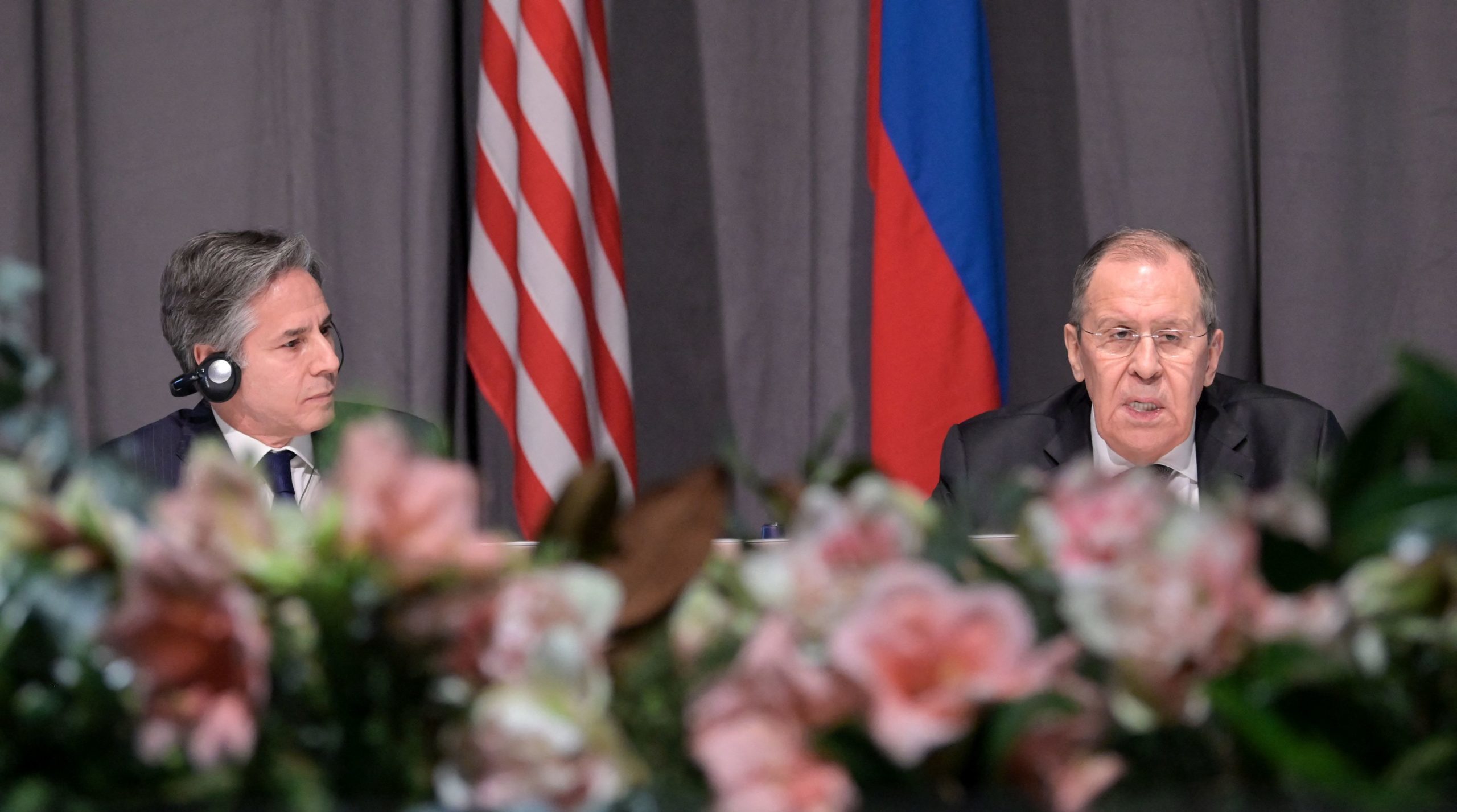 US Secretary of State Antony Blinken (L) and his Russian counterpart Sergei Lavrov speak during their meeting on the sidelines of the Organization for Security and Co-operation in Europe (OSCE) meeting in Stockholm, on December 2, 2021. (Photo by JONATHAN NACKSTRAND/POOL/AFP via Getty Images)

After Blinken finished his meeting with his Russian counterpart Thursday, Ukrainian Foreign Minister Dmytro Kuleba posted on social media that Ukraine is “closely working together on developing a comprehensive deterrence package, including severe economic sanctions, to demotivate Russia from further aggressive moves.”

Great meeting with @SecBlinken in Stockholm. We are closely working together on developing a comprehensive deterrence package, including severe economic sanctions, to demotivate Russia from further aggressive moves. We reaffirm the enduring Ukraine-U.S. strategic partnership. pic.twitter.com/ECdHnMGzSl

Kuleba said the EU Council recently approved up to €31 million in assistance to amplify the Ukrainian armed forces’ military capability. “We highly appreciate this step which reaffirms the strategic Ukraine-EU relations,” the diplomat said, according to AP.

Russian President Vladimir Putin said the boundary for Russia is military deployment after he warned the North Atlantic Treaty Organization against releasing troops and weaponry to Ukraine, AP reported.