President Joe Biden’s job approval rating continues to fall as voters grow increasingly dissatisfied with his handling of key issues, according to a new poll.

Faith in Biden’s handling of the “economic recover” also declined sharply, with 41% of respondents saying they approved of Biden’s economic leadership. The figure is a 6% drop from October and a 19% drop from March, when approval of Biden’s management of the economy was at its highest, 60%. (RELATED: POLL: Biden’s Approval Rating Has Gotten So Low That Kamala’s Is Now 6 Points Higher) 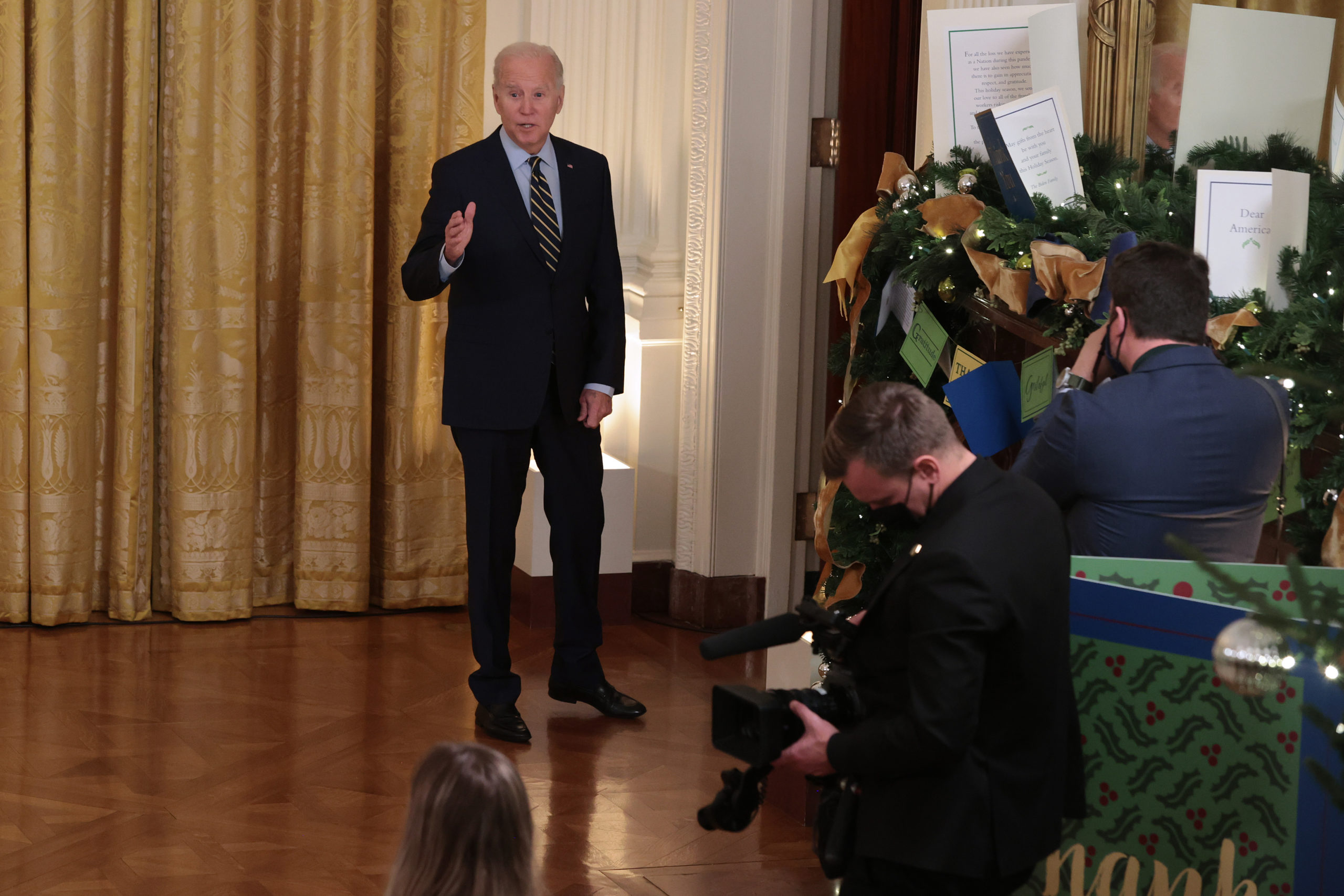 U.S. President Joe Biden pauses to answer a question before leaving the East Room after talking about the Build Back Better legislation’s new rules around prescription drug prices at the White House on December 06, 2021 in Washington, DC. (Photo by Chip Somodevilla/Getty Images)

On inflation, Biden scored a dismal 28% approval rating, as the Consumer Price Index (CPI) which tracks inflation measured a 6.8% year-over-year increase in December, the highest rate in 39 years.

Biden’s management of the COVID-19 pandemic received the most support out of key issues among respondents, with 53% approving his leadership, though the figure is down 16% since Biden took office and 3% since late October. Over half of respondents backed Biden’s employee vaccine mandate requiring companies with over 100 employees to require vaccinations or weekly testing as a condition of employment, though the mandate is currently blocked by federal courts.

Moreover, 53% of respondents backed Biden’s handling of rebuilding America’s infrastructure, a slight 1% increase from October but down 9% since August. Biden signed his bipartisan $1.2 trillion infrastructure bill into law in mid-November.

The survey was conducted using Ipsos Public Affairs’ KnowledgePanel and used a sample of 524 adults, with a 5% margin of error.