The death toll increased to 74 in Kentucky after the state was hit with severe tornadoes over the weekend, Democratic Kentucky Gov. Andy Beshear said Monday.

The ages of those who died range from 5 months to 86 years old, including six adolescent children under 18. More than 109 people are still reported missing as of Monday afternoon, WLKY reported.

Eight people went missing after a candle factory in Mayfield was destroyed over the weekend by the deadly tornadoes, but up to 94 survived. Officials continue to search for missing persons but simultaneously expect the death toll to grow, according to WLKY. (RELATED: Man Drives Miles With Smoker, Truckload Of Food To Help Those Who Were In Tornado’s Destructive Path) 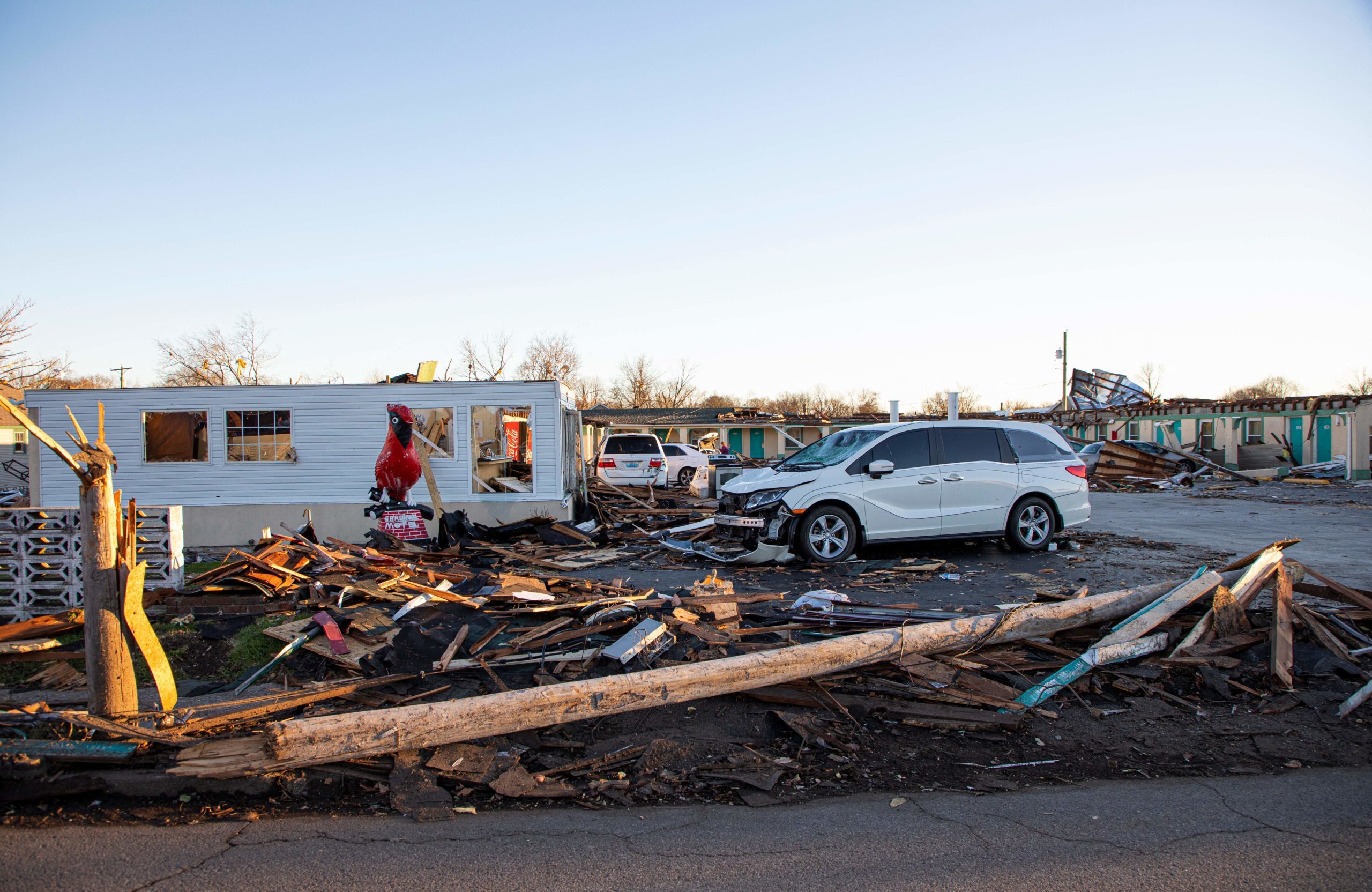 Tornado damage is seen at The Cardinal Motel in Bowling Green, Kentucky on December 12, 2021. (Photo by Gunnar Word / AFP) (Photo by GUNNAR WORD/AFP via Getty Images)

“I don’t think we’ve seen damage at this scale ever. Some of these metal buildings, they’re gone,” Beshear said, according to WLKY. “When this tornado hit, it didn’t take a roof off – which is what we’ve seen in the past – it exploded the whole house. People, animals, the rest…just gone.”

President Joe Biden signed a federal emergency declaration for Kentucky and is scheduled to visit the Kentucky Wednesday, according to the outlet.