Concerned parents in Loudoun County, Virginia, staged a demonstration outside of the Loudoun County Public Schools administration building on Dec. 13. The protest represented the growing number of families supposedly leaving the district following allegations of indoctrination and sexual assault cover-up by the school board.

The Loudoun County-based parent advocacy group “Citizens for Freedom” placed approximately 650 pairs of shoes outside of the administration building early Monday morning. The demonstration was crafted to show that “families and teachers will continue to leave en masse from Loudoun County Public Schools as a result of the lack of focus on education and safety for students,” according to a press release.

Citizens for Freedom is demanding an increase in “parental rights, children’s safety, medical freedom,” and an end to “indoctrination,” according to a sign planted outside the administration building.

“Each pair of shoes represents a family who has left or will leave LCPS,” the sign reads. 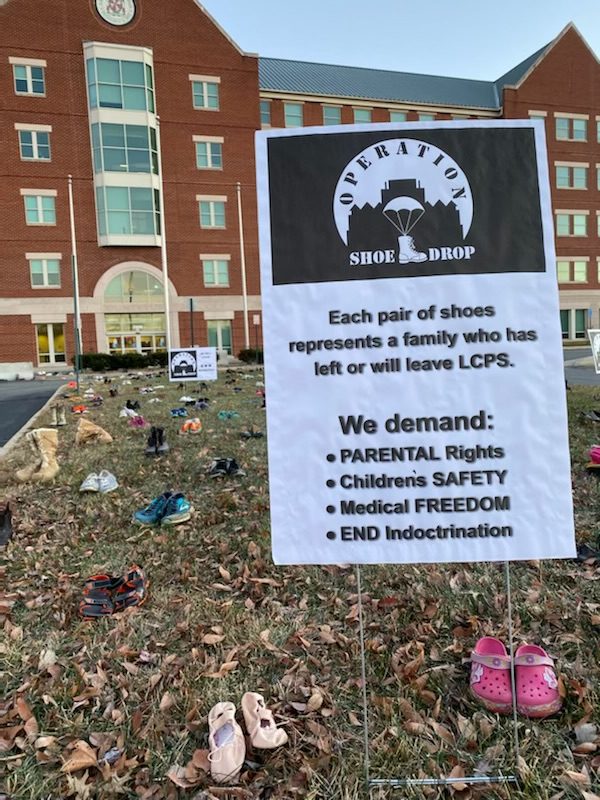 Megan Rafalski, a member of Citizens for Freedom and organizer of the demonstration, told the Daily Caller that parents are increasingly looking for “alternative” education options amid the district’s push for critical race theory-inspired teachings. (RELATED: Teachers, Parents In Fairfax County Devise Plan To Combat ‘Phantom Problem’ Of Critical Race Theory)

“If [the district does] not respect our parental rights, focus on our children’s safety, respect our medical freedom and end the in-class indoctrination of our kids we will be forced to choose alternative means of education,” Rafalski said.

Elicia Brand, co-founder of a separate concerned parent group, said that the school board is “an activist” board and called for an increased focus on traditional school programs such as reading and math.

“We have an activist school board, steadfast in doing what they can do instead of what they should do,” Brand said. “What they should do is focus on providing only the highest standards of education in reading, writing, arithmetic, history, science, and the arts — free of political ideology and private interest group agendas.”

Loudoun County Public Schools spokesperson Wayde Byard told the Daily Caller that “attendance has risen since the beginning of the year.”

“We are averaging 96 percent attendance, which is one of the highest rates in the state,” Byard said.

This article has been updated to include comment from Loudoun County Public School’s spokesperson.