A poll released Wednesday afternoon found that more independent voters prefer to see Donald Trump rather than Joe Biden on the ballot in 2024.

When asked who should replace Biden as the Democratic nominee in 2024, assuming he does not seek reelection, 31% of respondents back Vice President Kamala Harris and 11% support Transportation Secretary Pete Buttigieg. (RELATED: CNN Floats 11 Democratic Candidates Who Could Replace Biden In 2024) 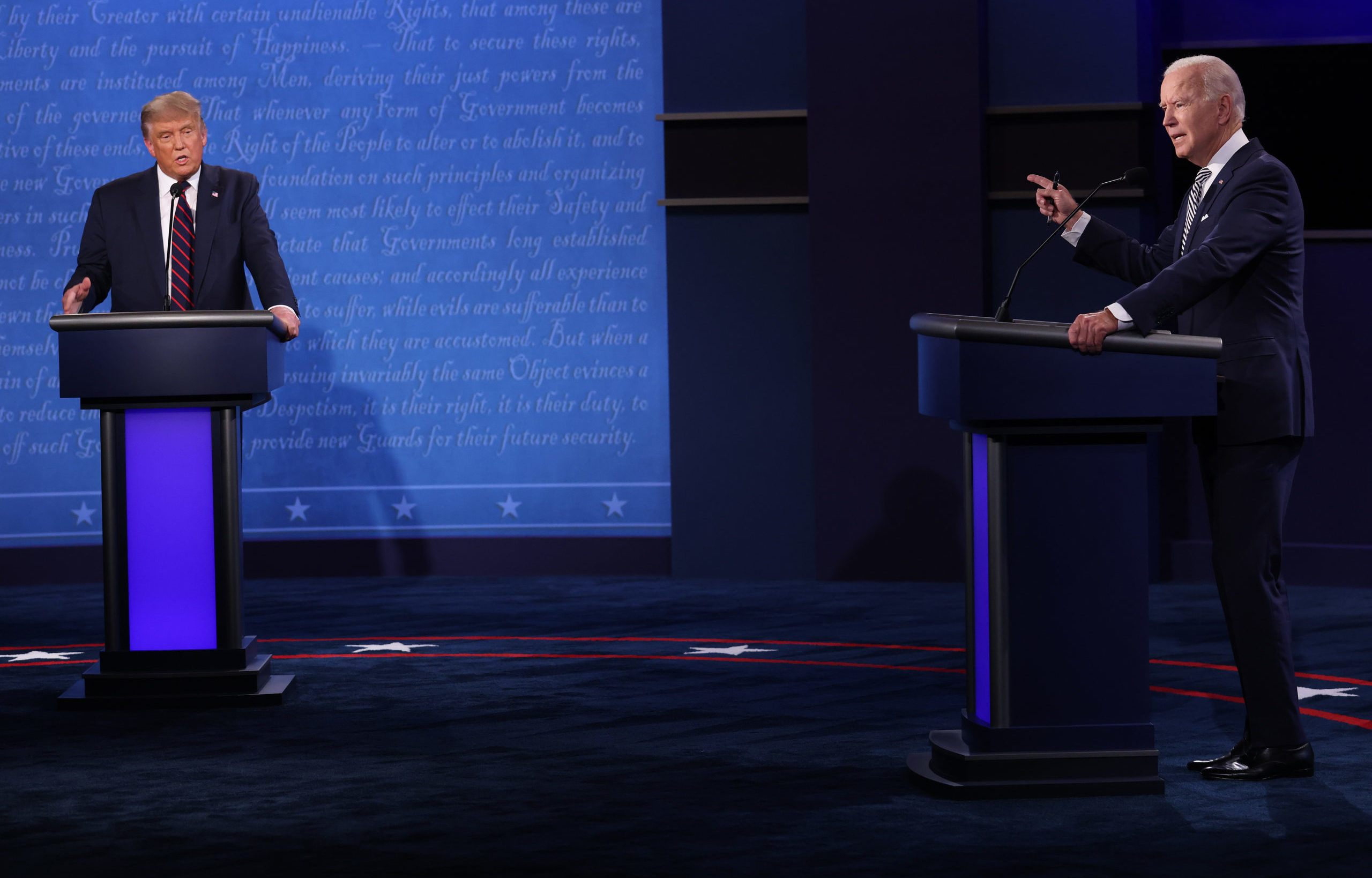 CLEVELAND, OHIO – SEPTEMBER 29: U.S. President Donald Trump and Democratic presidential nominee Joe Biden participate in the first presidential debate at the Health Education Campus of Case Western Reserve University on September 29, 2020 in Cleveland, Ohio. This is the first of three planned debates between the two candidates in the lead up to the election on November 3. (Photo by Win McNamee/Getty Images)

Among independent voters, only 20% chose Harris while a quarter of respondents said they are unsure which candidate they would back.

White House press secretary Jen Psaki said Monday that despite the fact that Biden will be 82-years-old after the 2024 election, he “has every intention of running for reelection,” according to CNN.

The poll contained 1,998 registered voters from Dec. 11-13 with a margin of error of plus or minus 2 percentage points.