The Dutch natural gas calendar, the benchmark European index, surged around 20% to over $195 per megawatt hour on Tuesday. The record price spike came after Russian state-owned energy firm Gazprom reversed and slowed gas flows through the Yamal-Europe pipeline, one of three routes the company uses to export natural gas to western Europe, the Financial Times reported.

The pipeline’s flows from Russia declined to 6% of its capacity on Saturday and 5% capacity on Sunday, according to the FT. While the Yamal-Europe route, which travels through Poland, is responsible for just 10% of the natural gas supply in the region it supports, declining flows had an immediate impact on natural gas prices.

“The market is in a febrile state, so these things come out and the prices are affected significantly and immediately,” IHS Markit’s Laurent Ruseckas told the FT. (RELATED: ANALYSIS: Biden’s Nord Stream 2 Move Opens The Door To A Russian Invasion Into Ukraine)

The Kremlin, though, said the reverse was “a purely commercial situation” and denied government interference in natural gas exports, according to Reuters. European companies that are major buyers of natural gas exported from Russia also said Gazprom was meeting its obligations. 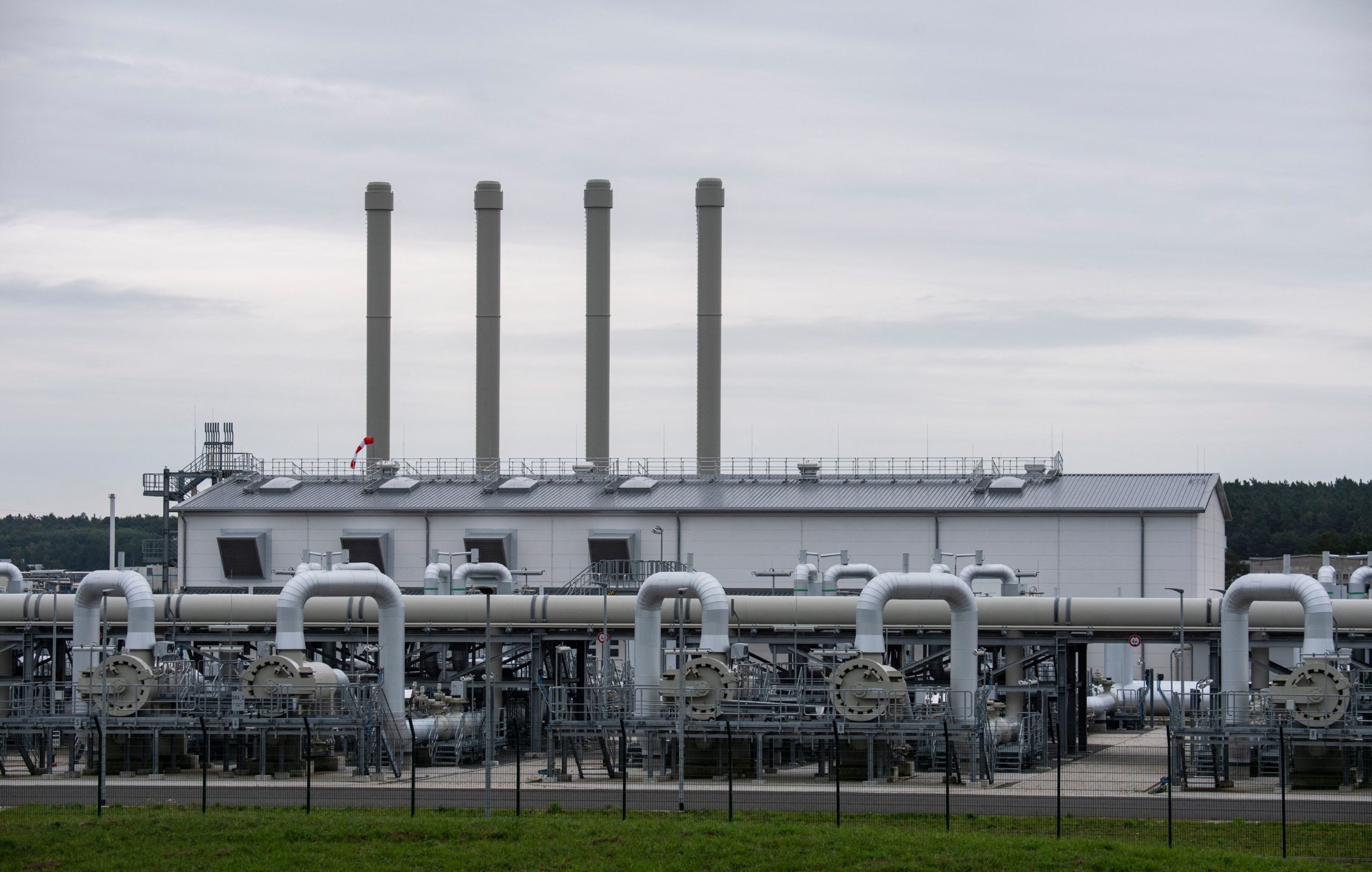 A pipeline inspection station near the Baltic Sea coast on Sept. 21 in Germany. (John MacDougall/AFP via Getty Images)

But U.S. lawmakers and experts have previously warned that Russia is willing to use its natural gas exports as leverage in geopolitical disputes with the West.

“Additionally, Gazprom has traditionally shipped around 20% of its supply to Europe through Poland, but these flows have been inconsistent this year and driving up uncertainty about how much gas Europe will actually receive from Russia,” Waddell said.

In July, President Joe Biden approved the $11 billion Nord Stream 2 pipeline which would transport gas from Russia to Germany under the Baltic Sea. The Biden administration also removed sanctions placed on the project by the Trump administration.

When reached for comment, Gazprom told the Daily Caller News Foundation that it supplies gas in accordance with its customers’ requests in full compliance with its contractual obligations.