President Joe Biden’s lax policy on the Nord Stream 2 pipeline, choosing to remove barriers to its construction, has opened the door to a Russian invasion of Ukraine, an expert told the Daily Caller News Foundation.

Opponents of the Nord Stream 2 pipeline, which was recently completed, argue it would make Russia less reliant on the Ukrainian gas pipeline network, potentially stripping a key deterrent to invasion, according to The Wilson Center. Nord Stream 2 would remove both a key revenue source from Ukraine and a powerful tool the nation has in defending itself against Russian aggression.

In May, Secretary of State Antony Blinken said the U.S. would waive sanctions placed on the pipeline by former President Donald Trump. Biden gave a final stamp of approval to the $11 billion project, which is operated by the Russian state-run firm Gazprom, on July 21 after a meeting with German Chancellor Angela Merkel.

“Biden made a preemptive concession at the beginning of his administration without going to the table and talking with Putin,” former Under Secretary of Defense Robert Wilkie, a visiting fellow at the Heritage Foundation, told the Daily Caller News Foundation.

Wilkie added that once the natural gas begins to flow from Russia to Europe via Nord Stream, the European nations relying on it for their energy needs will be less inclined to protect Ukraine from potential Russian aggression. (RELATED: Dozens Of Republicans Slam Biden Administration For Considering Crude Oil Export Ban)

“Once the natural gas starts to flow, you have just tethered Western European comfort and prosperity to Moscow,” said Wilkie, who also led the Department of Veterans Affairs from July 2018 until January.

“The Ukrainians have figured correctly that the Europeans are going to be neutered, they’re not going to want to turn off that flow for economic reasons,” he continued. “And that leaves the United States, and perhaps the Eastern European friends of America, particularly Poland, as their only buttress against Russian adventurism.” 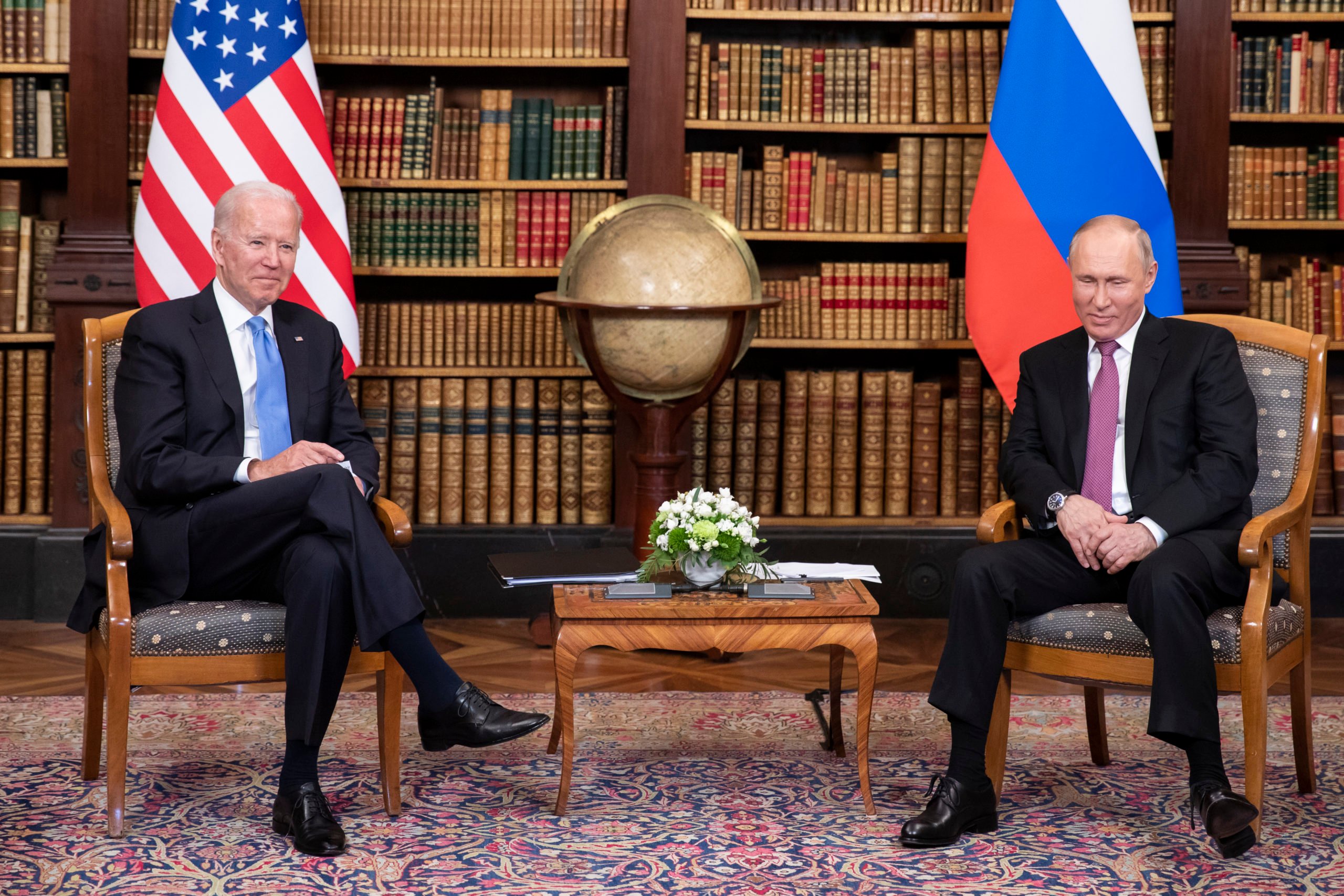 While Gazprom completed the roughly three-year construction of the project in September, it continues to wait for final regulatory approval from Germany. The pipeline will be able to transport 55 billion cubic meters of gas per year from Russia to Germany beneath the Baltic Sea once online.

Ukrainian President Volodymyr Zelensky said in August that his government views the project as a “dangerous geopolitical weapon of the Kremlin,” AFP reported at the time.

“By the time I became President, it was 90 percent completed. And imposing sanctions did not seem to make any sense,” Biden told reporters during a joint press conference with Merkel after they agreed to the pact. “It made more sense to work with the Chancellor on finding out how she’d proceed based on whether or not Russia tried to, essentially, blackmail Ukraine in some way.”

Still, like Wilkie, Republican lawmakers have said the pipeline would potentially give Russian President Vladimir Putin the ability to use gas exports to Europe as a geopolitical weapon. Russia unexpectedly slowed gas supply into Europe in August and administration officials expressed worries in October that the country was using it as a weapon. 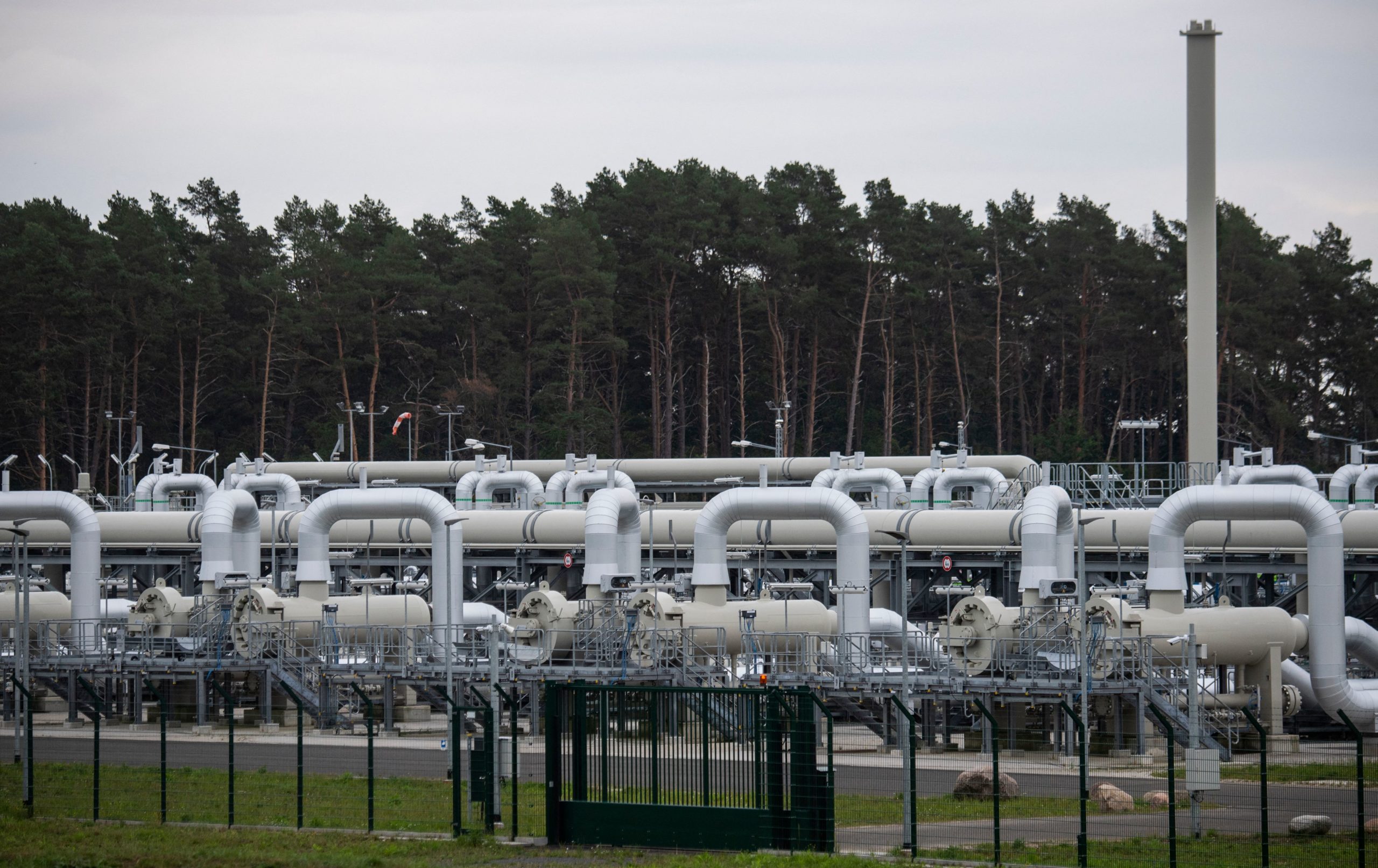 A photo of the Pipeline Inspection Gauge receiving station, the Nord Stream 2 part of the landfall area in Lubmin on Germany’s Baltic Sea coast, taken on Sept. 21. (John MacDougall/AFP via Getty Images)

“Putin is showing every sign that he intends to escalate his military aggression against Ukraine,” a spokesperson for Sen. Ted Cruz told the Daily Caller News Foundation. “Biden’s surrender on Nord Stream 2 emboldened Putin to bypass using Ukraine for gas transit and increased Ukraine’s vulnerability.”

“The only acceptable course for the United States is to impose sanctions on Nord Stream 2 immediately and prevent it from coming online,” the spokesperson added. (RELATED: Mexico, Canada Claim Democrats’ Budget Bill Violates Trade Agreement)

Citing concerns over the pipeline, Cruz has placed multiple holds on Biden nominees for various positions until the White House “does more on Nord Stream 2.” The Texas Republican has held up dozens of nominations, reportedly hobbling the Treasury Department and State Department.

The Texas senator has threatened to block the annual National Defense Authorization Act over the issue, demanding a vote on his amendment which would reintroduce sanctions on the pipeline.

Meanwhile, the Biden administration and the North Atlantic Treaty Organization have warned Russia against aggressive military actions along the Ukraine border, The New York Times reported. Russia slapped back on Wednesday, sending a note to the U.S. embassy in Moscow saying there would be “dangerous consequences” of Western actions along the border.

A top Ukrainian defense official said a Russian invasion would spell disaster for both nations and lead to a “bloody massacre.”