Christian Wood, who plays power forward and center for the Houston Rockets, hit a fan on the head with an errant pass Monday during an NBA game.

He later offered to give her free tickets to any game of her choice.

“I hope she’s OK. If she needs tickets to a game, I got her,” Wood told reporter Jonathan Feigen, beat writer for the Houston Chronicle. (RELATED: Fans Get Into An Absurd Brawl During The Rockets/Spurs Game)

Christian Wood nailed a fan with an errant pass 😅 pic.twitter.com/Au16h722bF

Wood, bearing the number 35, has been playing basketball professionally for 5 years. In that time, he has played for teams such as the Milwaukee Bucks and the New Orleans Pelicans. This is his second season with the Rockets. 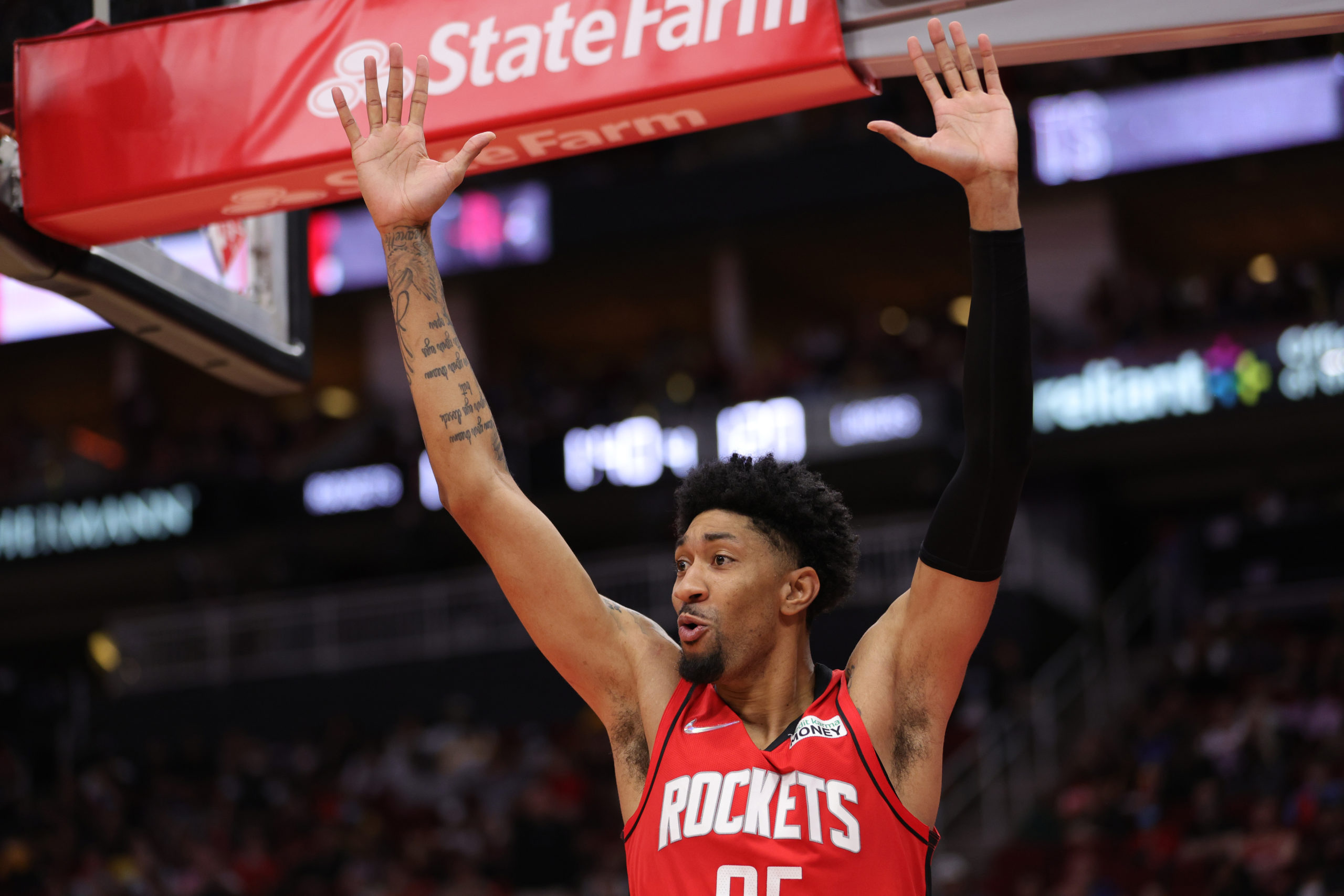 HOUSTON, TEXAS – DECEMBER 28: Christian Wood #35 of the Houston Rockets reacts to a call during the second half against the Los Angeles Lakers at Toyota Center on December 28, 2021 in Houston, Texas. (Photo by Carmen Mandato/Getty Images)

CHARLOTTE, NORTH CAROLINA – DECEMBER 27: Christian Wood #35 of the Houston Rockets dunks the ball over Nick Richards #14 of the Charlotte Hornets in the first quarter during their game at Spectrum Center on December 27, 2021 in Charlotte, North Carolina. (Photo by Jacob Kupferman/Getty Images)

The Rockets lost their game against the Charlotte Hornets — a team Wood used to also play for. Wood is averaging 17.3 points a game, according to ESPN. He scored 22 points Tuesday against the Los Angeles Lakers.

As of Wednesday morning, it is not yet known if the fan was made aware of the offer or if she accepted the free tickets.