The president of Kazakhstan, Kassym-Jomart Tokayev, called the protests and violence that ignited in his country on Jan 2. an “attempted coup,” BBC News reported.

Tokayev told members of an alliance between ex-Soviet states that the chaos was orchestrated by a “single centre,” though he did not give further details, BBC News reported.

“Armed militants who were waiting in the wings joined the protests,” Tokayev said, BBC News reported. “The main goal was obvious: the undermining of the constitutional order, the destruction of government institutions and the seizure of power. It was an attempted coup d’etat.”

Russian President Vladimir Putin also issued remarks, saying Kazakhstan was targeted by international terrorism and that revolutions will never be allowed in the region, BBC News reported. He also said he thought that some involved in the violence were trained outside the country. 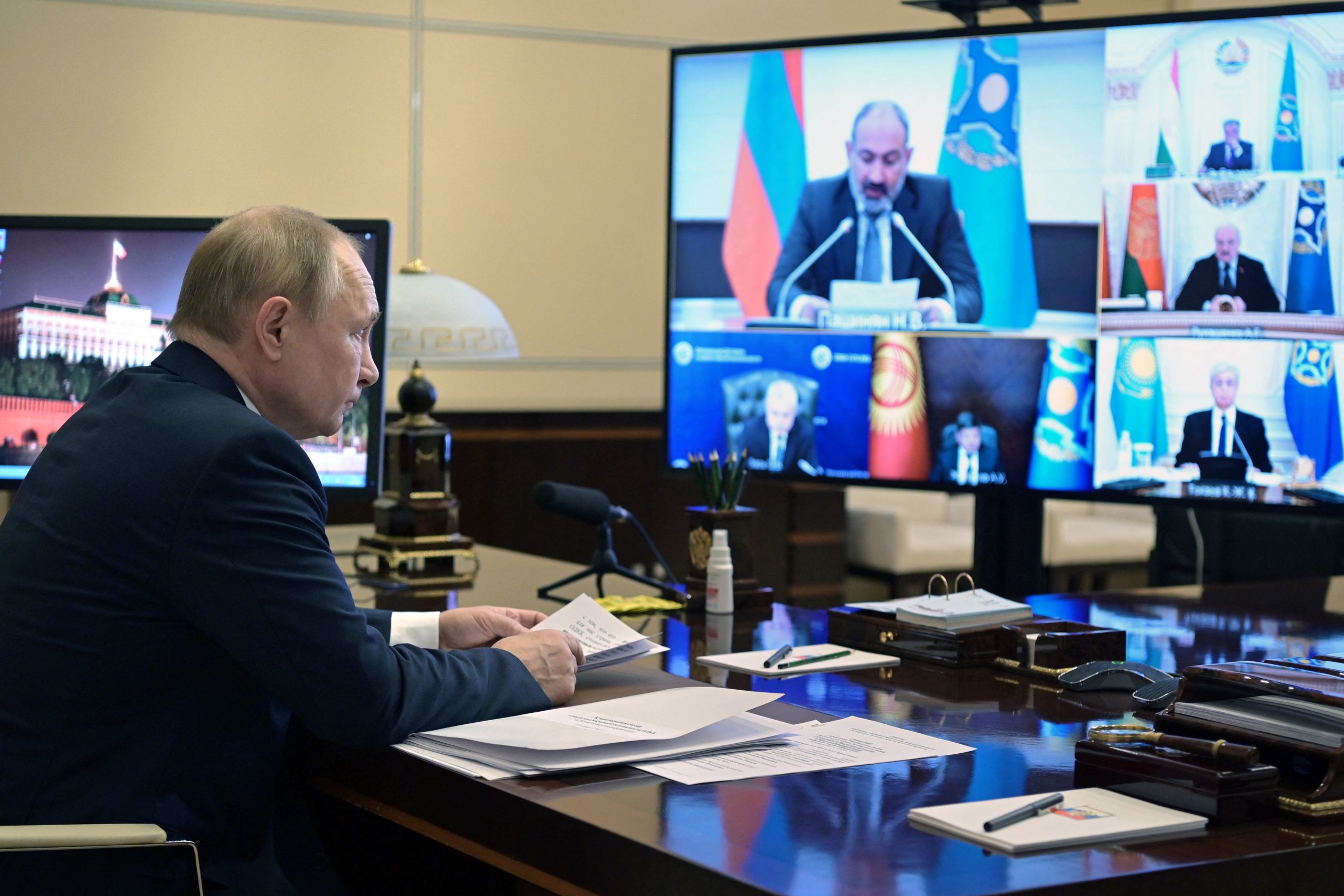 Russian President Vladimir Putin attends a video emergency meeting of the Council of the Collective Security Treaty Organization (CSTO) focused on the situation in Kazakhstan in the wake of violent protests, at the Novo-Ogaryovo state residence, outside Moscow, on January 10, 2022. (Photo by ALEXEY NIKOLSKY/SPUTNIK/AFP via Getty Images)

“Well organised and clearly managed groups of militants were used, about which President Tokayev just spoke, including those who obviously underwent training in terrorist camps abroad,” Putin said, BBC News reported. “Events in Kazakhstan are not the first nor the last attempt to meddle into our internal affairs from abroad.”

The protests were initially triggered by an increase in the price of fuel but soon spread throughout the country as anti-government sentiment grew. Protests are not common in Kazakhstan, and the unrest amounted to the greatest resistance the government has seen in 30 years, BBC News reported.

Tokayev ordered his authorities to “shoot to kill without warning” as the unrest continued on Friday, stating those who did not surrender would be “eliminated.” (RELATED: Harrowing Videos Show Russian Gunfire, Kazakh Government Collapsing, Mass Protests)

Russian troops, along with those from other allied nations, entered Kazakhstan in an attempt to restore order. Authorities announced that the protests had been stabilized, with troops continuing “clean-up” operations and guarding key facilities, BBC News reported.