Jefferson Elementary School District in California paid a consulting organization nearly $170,000 to help implement an elementary version of California’s mandated ethnic studies course, according to the district’s school board minutes.

Community Responsive Education, a left-leaning consulting firm operated by San Francisco State University professors, was hired by the district to craft a curriculum that would “eliminate racism and other forms of oppression” by allowing students to work “together to create a more socially just world,” according to a PowerPoint presentation reviewed by the Daily Caller.

The curriculum is broken down into four units, one on “self,” one on “systems,” one on “social movements” and a final unit on “solidarity.” Unit two includes questions for students such as, “What is institutional racism?” and “How is it demonstrated in school systems?”

Unit four of the curriculum asks students, “How are your identities intersectional within yourself and with your community?” and “What is the social justice problem we want to work together to solve?” The curriculum contains graphics of activists. 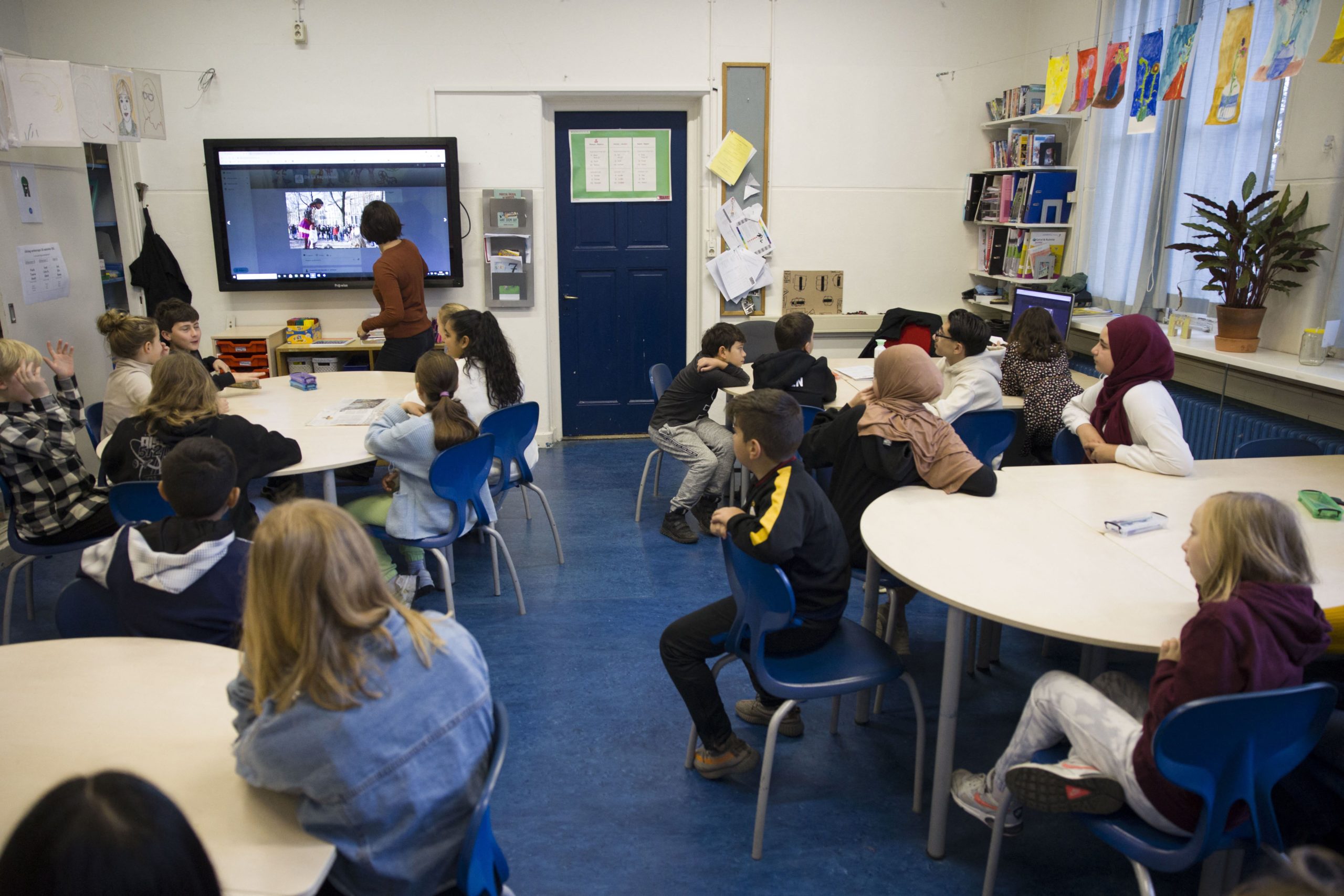 The district shelled out $168,502 over three contracts to facilitate the development of “ethnic studies” courses and teacher training, as reported by The Federalist. In February 2020, the school board paid Community Responsive Education $40,000 to facilitate the initial conversations of implementing Ethnic Studies courses.

In August 2020, the school board unanimously approved a motion to pay $28,502 to develop the ethnic studies curriculum and teacher training, according to board minutes. By July 2021, the district agreed to pay the consulting organization an additional $100,000 for “Ethnic Studies Curriculum and Teacher Development for both Middle and Elementary school teachers.”

Ultimate goals for the district include “train[ing] all staff so that all subjects are taught through an ‘Ethnic Studies Lens,’” according to a separate presentation reviewed by the Daily Caller. (RELATED: University Of Memphis Offers Professors $3,000 To ‘Advance The Tenets’ Of Critical Race Theory)

The presentation given to the board claims that the school district is the first in the nation to roll out ethnic studies for elementary and middle school students. The curriculum and training were implemented in the 2021-2022 school year.

California passed legislation in 2021 that requires high schoolers to undergo an “ethnic studies” course to graduate, according to EdSource. The original curriculum model called on students to “challenge racist, bigoted, discriminatory, imperialist/colonial beliefs” and practices on multiple levels.

One of the goals of the drafted curriculum aims to “connect [students] to past and contemporary social movements that struggle for social justice and an equitable and democratic society; and conceptualize, imagine, and build new possibilities for a post-racist, post-systemic racism society that promotes collective transformative resistance, critical hope, and radical healing.”

The curriculum was briefly contested by a group of concerned parents who filed a lawsuit against the state for enacting a curriculum they claimed was religious. A portion of the original curriculum included a chant that worships the Aztec gods Tezcatlipoca and Huitzilopochtli, the god of war.

Jefferson Elementary School District did not respond to the Daily Caller’s request for comment.