The House on Thursday passed on party lines a combined voting bill tied to a NASA funding bill as part of a plan to force a Senate debate on the measure and put pressure on Democrats to abolish the filibuster.

The two Democratic voting bills, the John Lewis Voting Rights Advancement Act and the Freedom to Vote Act, have passed the House in the past only to face united opposition from Senate Republicans, who have blocked even debating them. But with Democrats attaching them to the NASA bill and sending them to the Senate, they can avoid the first of two filibuster votes and be debated on the floor as a result.

The bills will still face the second filibuster vote once Senate Majority Leader Chuck Schumer moves to end debate, where Republicans will certainly block them once again.

The procedural move is part of Democrats’ unyielding effort to pass the bills, which they say are necessary to counter election security measures passed in a number of Republican-controlled state legislatures that they describe as infringing on people’s right to vote. Schumer has also vowed to force a vote on abolishing the filibuster in order to pass them, but at least two Democratic senators are opposed to doing so, meaning that that vote will likely fail as well.

Schumer outlined the strategy in a memo to Senate Democrats Wednesday. “The Senate will finally debate voting rights legislation, and then every senator will be faced with a choice of whether or not to pass the legislation to protect our democracy,” he said. (RELATED: Schumer Promises Vote On Filibuster Change By MLK Day If Republicans Kill Their Voting Bill) 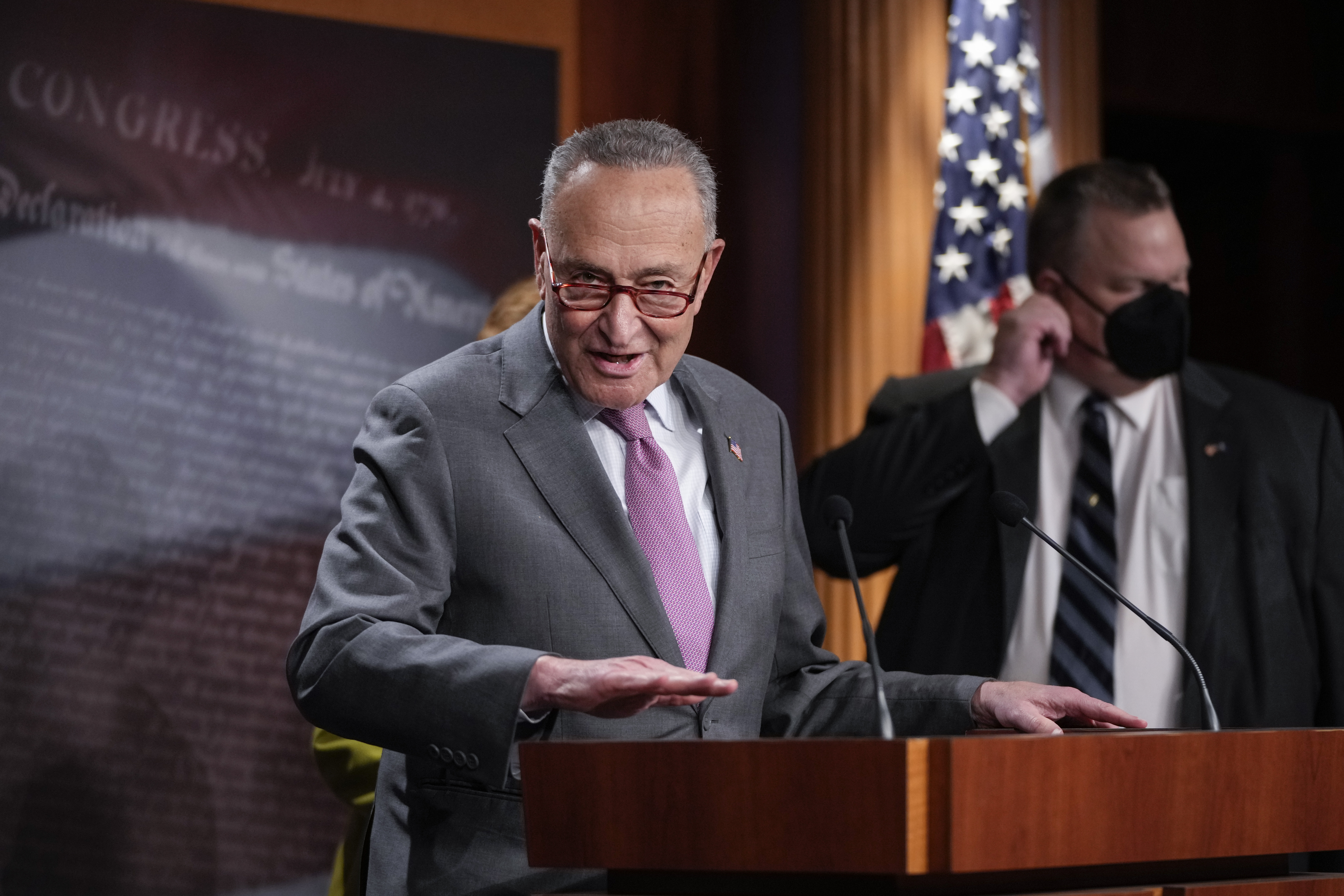 While most Democrats have pushed to abolish the 60-vote filibuster for months, their effort has intensified in recent days as they have moved to adopt their long-sought voting legislation. The effort was officially endorsed by President Joe Biden Tuesday, who compared the bills’ opponents to segregationists and said passing them was necessary to protect democracy.

“I believe the threat to democracy is so grave that we must find a way to pass these voting rights bills, to bake them in, vote and let the majority prevail,” Biden said during a speech in Atlanta, John Lewis’ former congressional district. “And if that bare minimum is blocked, we have no option but to change the Senate rules, including getting rid of the filibuster.”

Republicans, however, have lambasted both bills as a federal takeover of elections, saying that the uniform voting standards and bans on partisan gerrymandering they adopt infringe on states’ right to oversee their own election procedures. They tore into Democrats who have compared state GOP election bills to laws reminiscent of the Jim Crow era.

“I grew up during the era of actual Jim Crow laws in Georgia during the days of segregation,” said Utah Republican Rep. Burgess Owens on the House floor. “What does actual voting suppression look like? It looks like a poll tax, property tax, literacy tax, violence and intimidation at the polls.”

The Senate could begin debate on the bills as soon as Thursday, meaning that a full day of debate would complete Friday and would end with Schumer filing cloture, setting up a vote to overcome the filibuster Sunday. Once that fails, Schumer could then move to change Senate rules and abolish the filibuster, and while that vote would need just a simple majority, Democrats do not have enough support from within their caucus to do so.