Senate Democrats garnered enough votes Thursday to block a bipartisan bill reimposing sanctions on the Russian pipeline Nord Stream 2 from being sent to the House for consideration.

While 55 senators voted in favor of the bill, it failed to surpass the 60-vote threshold required to pass. The legislation, the Protecting Europe’s Energy Security Implementation Act, received a floor vote after its sponsor, Republican Texas Sen. Ted Cruz, agreed to release several administration nominations he had blocked over the issue.

“Thanks to President Biden’s catastrophic surrender and waiving of the mandatory sanctions passed by Congress, (Russian President Vladimir Putin) sees Nord Stream 2 as an alternate route to get his gas to Europe that Ukraine cannot touch,” Cruz said on the Senate floor prior to the vote.

“For two years, this body has had bipartisan consensus and unanimity on standing up to Russia on stopping Nord Stream 2,” Cruz said. “It is only with a Democrat in the White House that suddenly scores of Democrats have decided partisan loyalty is more important than standing up to Russia.”

Cruz noted that the European parliament voted 525-50 to condemn and shut down the pipeline. (RELATED: ANALYSIS: Biden’s Nord Stream 2 Move Opens The Door To A Russian Invasion Into Ukraine)

In May 2021, Secretary of State Antony Blinken said the U.S. would waive sanctions placed on the pipeline by former President Donald Trump. President Joe Biden gave a stamp of approval to the $11 billion project, operated by the Russian state-run firm Gazprom, in July after a meeting with former German Chancellor Angela Merkel.

“At this point it’s very important, as we’re looking at potential Russian action in Ukraine, for us to work very closely with our allies, and Germany is one of those very important allies,” the New Hampshire senator said Monday. 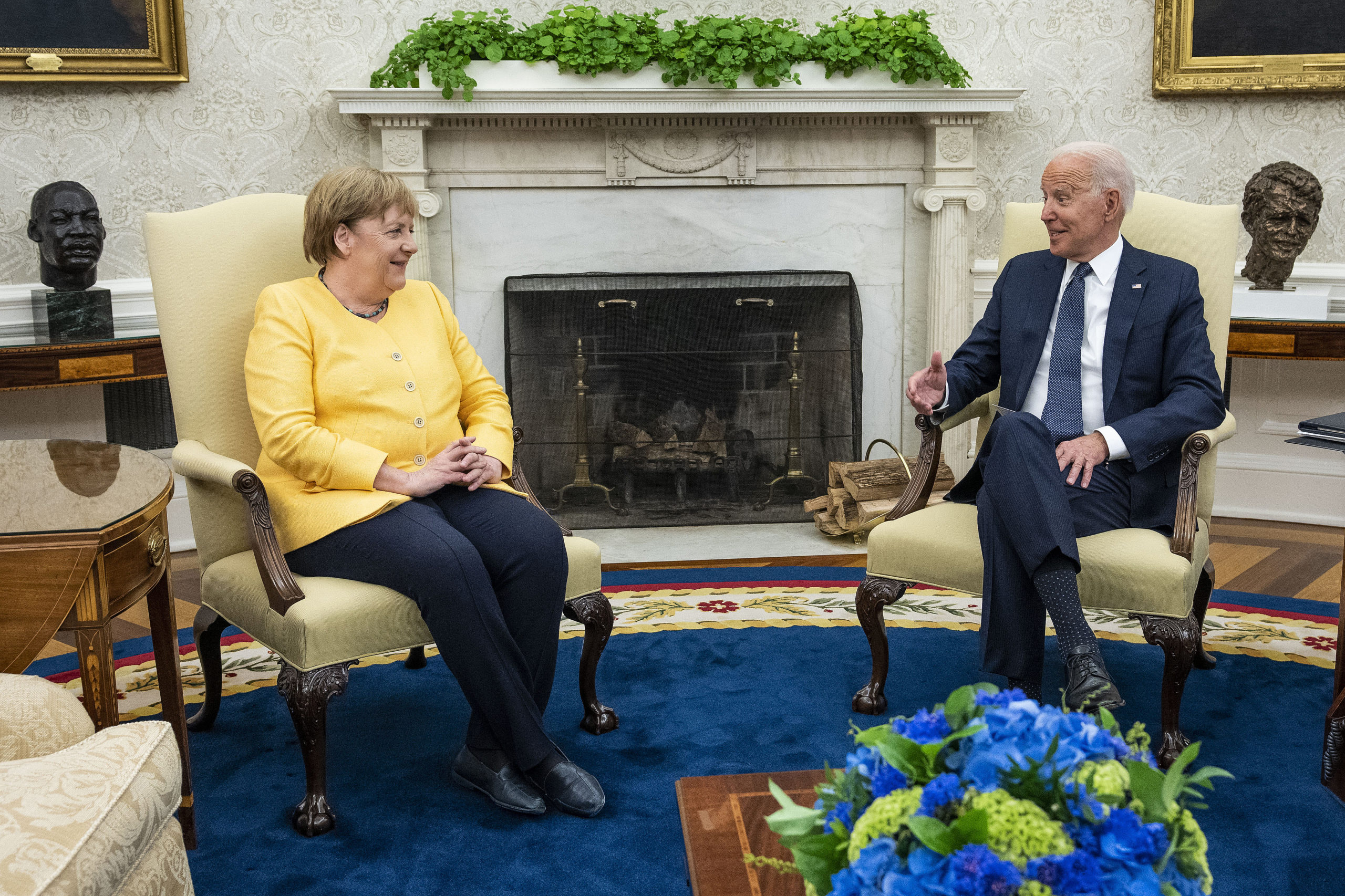 Several other Democratic lawmakers who supported the bill previously also came out in opposition to it this week. Senate Foreign Relations Chair Bob Menendez said passing the bill would work against ongoing talks between U.S. and Russian diplomats during a speech before the vote.

Republican Kentucky Sen. Rand Paul, who opposed sanctions in 2019, was the sole Republican to vote against Cruz’s legislation.

“Opponents of the pipeline, not surprisingly, are largely from states that compete in the sale of natural gas,” Paul wrote in an op-ed published by The American Conservative on Monday. “Acknowledging that this debate is only superficially about national security and really more about provincial protectionism helps us better understand the dynamics.”

“President Biden should listen to the Senate and to the people and government of Ukraine, and reverse his catastrophic decision to grant Russia waivers from congressionally mandated sanctions,” the statement continued. “Only immediately imposing sanctions can change Putin’s calculation, stop a Ukrainian invasion, and lift the existential threat posed by Nord Stream 2.”

Construction of the pipeline, which travels directly from Russia to Germany via the Baltic Sea, was completed in September 2021, but the German government has yet to give the final green light for the project to come online.