“We need to discard Cold War mentality and seek peaceful coexistence and win-win outcomes,” Jinping said Monday, speaking broadly about international relations at the annual Davos summit hosted by the World Economic Forum, according to Market Watch. “Our world today is far from being tranquil.”

“A zero-sum approach that enlarges one’s own gain at the expense of others will not help,” he added. “The right way forward for humanity is peaceful development and win-win cooperation.”

The Chinese leader added that his nation “stands ready to work with” other countries on climate change, Market Watch reported. However, he didn’t outline any specific plans he had for fighting climate change or collaborating with other governments on the issue. (RELATED: John Kerry Brushes Off Question About Slave Labor In China, Says ‘That’s Not My Lane’) 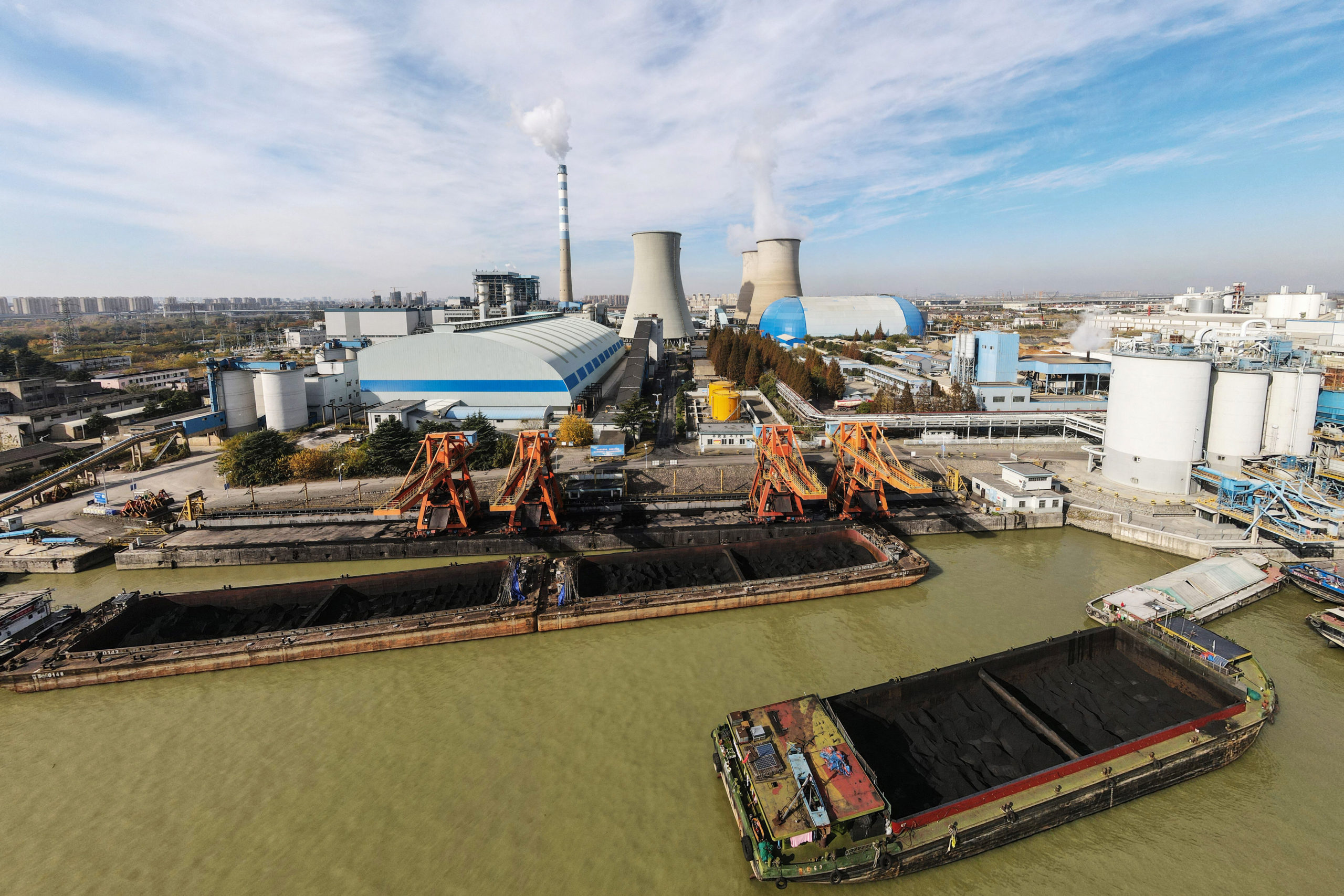 A barge unloads coal at a power station in Yangzhou, China on Nov. 23. – China OUT (STR/AFP via Getty Images)

In November, Jinping was one of the only world leaders to skip a major UN conference hosted by the U.K., instead opting to issue a written statement and send Chinese delegates. President Joe Biden, who spent several days at the summit, said he was “disappointed” by Jinping’s decision.

China, though, produces more than 30% of the world’s total emissions, according to a European Union database. The nation mainly relies on coal-fired power, which produces the most emissions of any other fossil fuel, for electricity production.

China has also failed to issue significant plans for combating climate change, according to Climate Action Tracker which rated the nation’s efforts as “highly insufficient.” In October, China outlined vague goals such as peaking carbon emissions “before 2030” and achieving net-zero emissions by 2060.

“The present level of unconditional commitment falls substantially short of the commitment that would be consistent with China’s fair share contribution to meeting the Paris Agreement’s goals,” Climate Action Tracker said.