Joe Biden campaigned as a moderate elder statesman who could help heal a divided country. The press played up the narrative that Biden put in place a team of professionals and technocrats who would provide real governing expertise as a salve from the chaos of the Trump years. The truth, of course, has been just the opposite.

Many Americans are coming to believe that, contrary to the expectations going in, the Biden administration is a rudderless, leaderless, overly ideological mess. Biden did not help himself at his rare press conference Wednesday.

When challenged on America’s declining faith in the competence of his government, Biden denied reality. He said the Afghanistan withdrawal was never going to be easy. This directly contradicts his assurances before the withdrawal when he said we could do it “responsibly, deliberately and safely.” Biden’s earlier statements are not a secret, and everyone knows that 13 American soldiers died after Biden outsourced security around the withdrawal to the Taliban. Deflecting this reality is dishonest, and it’s not helpful to Biden politically. (RELATED: Docs Reveal Biden Admin Was Warned About Rapid Afghan Air Force Collapse) 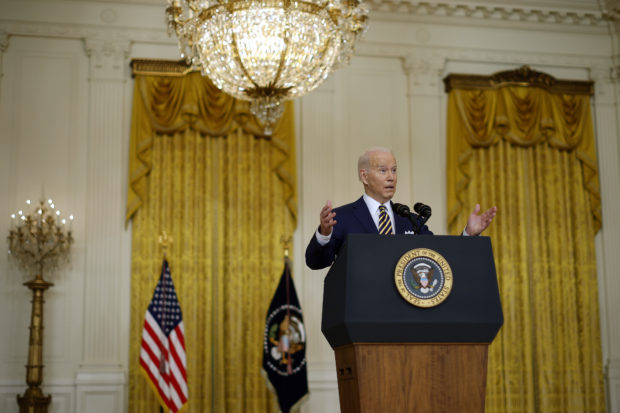 WASHINGTON, DC – JANUARY 19: U.S. President Joe Biden talks to reporters during a news conference in the East Room of the White House on January 19, 2022 in Washington, DC. (Photo by Chip Somodevilla/Getty Images)

In a rare admission, Biden acknowledged that there have been delays in his administration getting testing kits out. He didn’t mention that those delays were directly caused by his own staff. Back in October, testing experts recommended that the Biden administration send COVID-19 tests to American households before the holidays. Biden’s staff rejected the idea. As a result, people in towns across America waited in incredibly long lines for tests over the holidays. Biden, nonetheless, expressed continued confidence in this team.

Biden also flatly denied the charge that he was trying to pull the country far to the left. His signature legislative priority, on the other hand, the so-called Build Back Better bill, calls for increased federal government intervention at every stage of American life.

Worst of all, when challenged on his recent remarks equating those who oppose his voting bills with racists from the past, Biden denied the charge even as he continued to press it forward. Then he actually called into question the legitimacy of the coming midterm elections if his attempts to federalize election rules do not succeed.

This again is a story that is not complicated. Many states drastically liberalized voting rules during the COVID-19 pandemic. They increased early voting, expanded mail-in voting, implemented drive-thru voting, counted late votes and even allowed ballot harvesting. Some states are now pulling back from some of these COVID-19 expansions. We need rules for voting. Democrats believe looser rules help them. Republicans believe tighter rules help them. The lines must be drawn somewhere, and it’s legitimate to debate them. However, it’s flat-out wrong for the president of the United States to pretend that racism is at the root of state resistance to wide-open federally imposed voting mechanisms. (RELATED: Democrats Whip Up Fear Of ‘Rigged’ Midterm Elections) 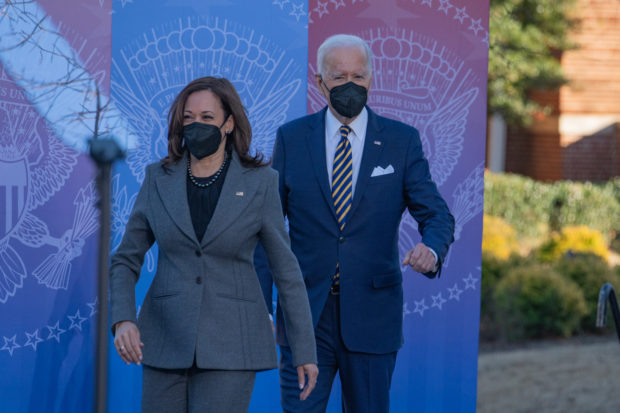 The president’s race-card play is not only below the dignity of his office, but it’s another example of the amateur nature of his administration’s tactics. He needs the support of Democratic Sens. Kyrsten Sinema and Joe Manchin to pass his bills. Who decided calling them racists was a good strategy? This follows the earlier strategy of Biden’s team publicly calling into question Manchin’s honesty when he opposed Biden’s spending legislation. The White House Chief of Staff Ron Klain just days ago admitted this mistake, telling reporters “One lesson we learned in the first year is, I think, the less we talk about our negotiations with specific senators and congressmen, the better we are. So I’m going to say our talks with Sen. Manchin will proceed directly and privately.”

Not publicly trashing your most necessary allies was a lesson learned? Those lessons are supposed to be learned before you run the White House.

The most amazing thing about the Biden news conference was how little he seems to know about how badly things are going. His popularity is in freefall. He’s polling at the lowest levels of his presidency. One recent poll by Politico found that 58% of people don’t think Biden is energetic. Fifty-seven percent don’t think he’s a strong leader. Worst of all, 49% of people do not think Biden is even mentally fit. And a full two-thirds of all Americans think the country is on the wrong track. (RELATED: POLL: Less Than Half Of Democrats Want Biden To Run For Reelection)

Biden’s troubles extend to his party as well. According to a recent Gallup poll, more Americans were likely to support the Republican Party over the Democratic Party than at any point since 1995. When Biden took office, 49% of people described themselves as Democrats, versus only 40% who identified as Republicans. It was the largest lead Democrats had in the poll’s history. Today, it’s 47% describing themselves as Republicans and only 42% as Democrats. This is the largest Republican lead since 1991. In just one year under Biden, Democrats have squandered their largest lead in history to, in turn, achieve one of their largest deficits in history. That’s hard to do.

His first news conference in ages was an opportunity for Biden to reverse these ominous trends. The American people are reasonable and have proven time and again that they can forgive mistakes. Biden could have gained by leveling about his missteps and explaining how he will fix them. By choosing instead to obfuscate, spin and deflect, Biden wasted the opportunity. The catastrophic nature of Biden’s mistakes, the amateurishness of his team and the apparent weakness of the president himself are now top of mind for many Americans. I would not want to be a Democrat on the ballot in 2022.