House Speaker Nancy Pelosi said that Democrats would shift their focus to passing a government funding bill and legislation aimed at boosting competitiveness with China after their Build Back Better and voting bills stalled in the Senate.

Top appropriations members have already started meeting in hopes of passing a broader funding agreement before the Feb. 18 deadline. Legislators have already been forced to pass two continuing resolutions in lieu of a longer bill, essentially keeping most funding levels as they were during former President Donald Trump’s final year in office.

A China competitiveness bill sailed through the Senate on a bipartisan basis in June 2021, but has since stalled in the House. (RELATED: ‘Cold War Mentality’: China Doesn’t Like Bipartisan Bill Bolstering American Competitiveness)

Pelosi also said in the Dear Colleague letter that the Foreign Affairs Committee was advancing a “robust” sanctions bill against Russian officials and financial institutions that also bolsters Ukraine’s ability to defend itself against a potential invasion and a bipartisan bill to ensure veterans exposed to toxic substances in burn pits are granted adequate medical care. 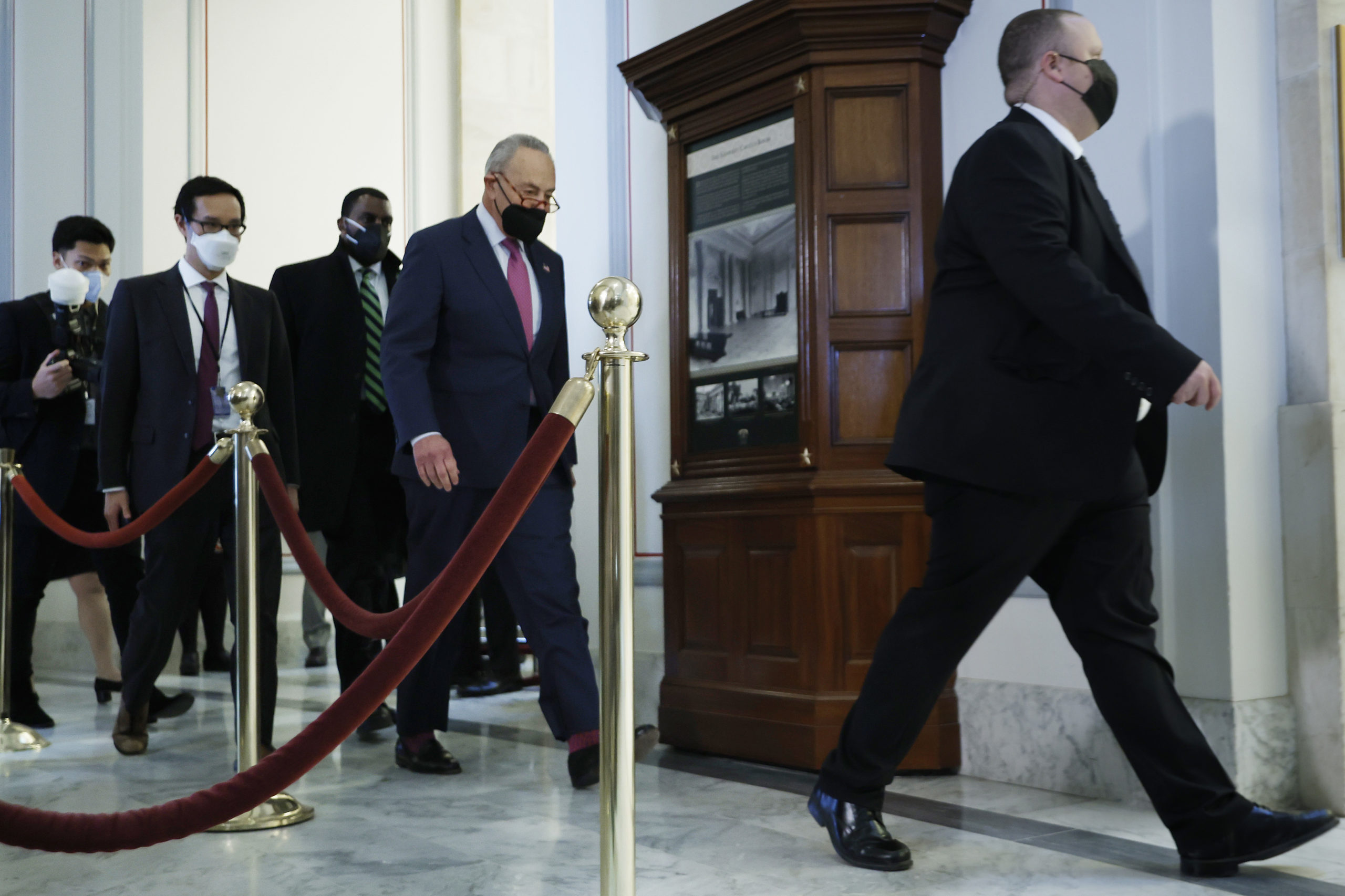 Majority Leader Charles Schumer led the effort to advance his party’s voting bills through the Senate, and moved to alter filibuster rules to pass them. (Chip Somodevilla/Getty Images)

“While the vote was not successful in the Senate, the visibility given to the debate under the leadership of Leader Chuck Schumer and the patriotic presentations by the Senate Democrats strengthens our hand as we go forward,” Pelosi said.

The letter also follows the demise of President Joe Biden’s domestic spending package, though talks may restart in the coming days in hopes of passing a fraction of it this year. The package stalled after Manchin said he could not support it given its size and current inflation levels, leading to several tense days of back-and-forth between him and the White House.