Kanye “Ye” West and actress Julia Fox made their relationship red carpet official when the two stepped out in matching outfits in Paris. 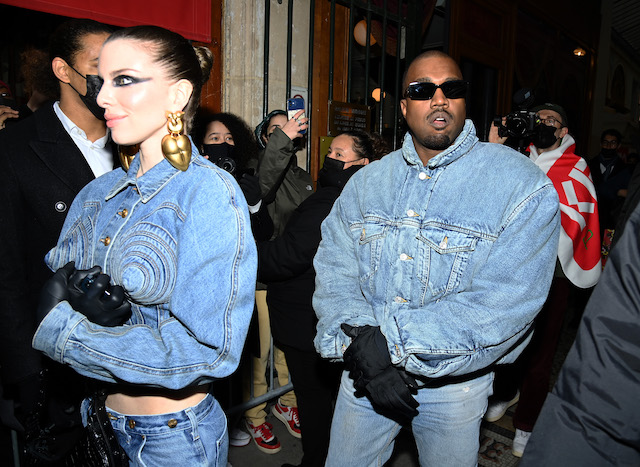 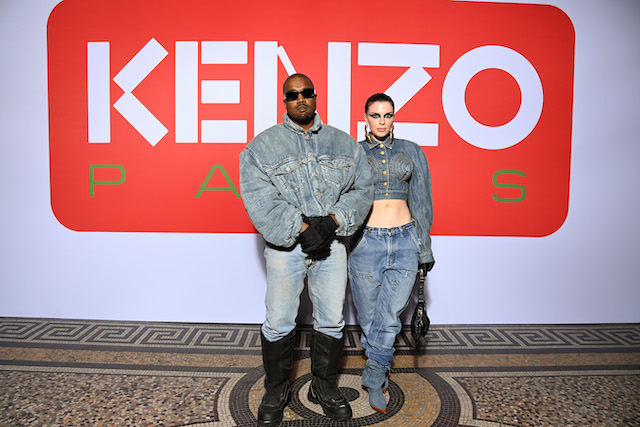 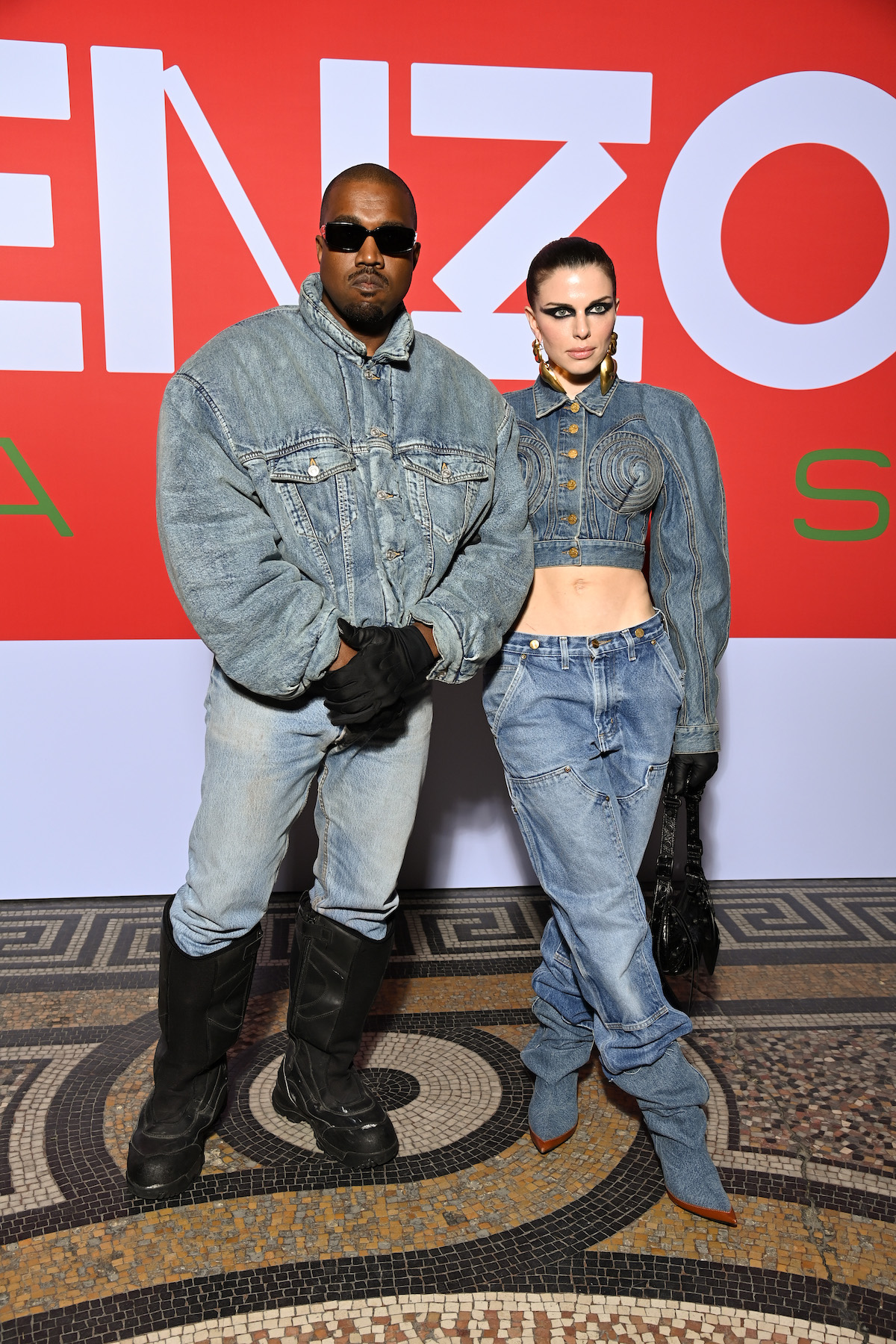 The 44-year-old rapper posed for pictures with Fox, who rocked a cropped jean jacket and jeans as the two attended the Kenzo Fall/Winter 2022/2023 show as part of Paris Fashion Week on Sunday. The looks were noted Monday by the “Today” show. (SLIDESHOW: 142 Times Josephine Skriver Stunned Fans On Instagram) 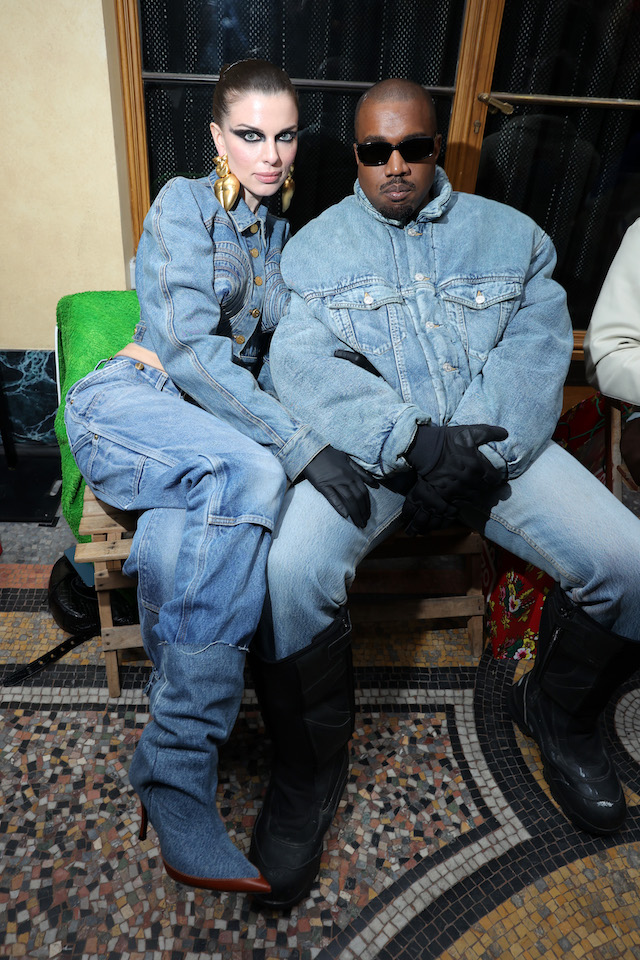 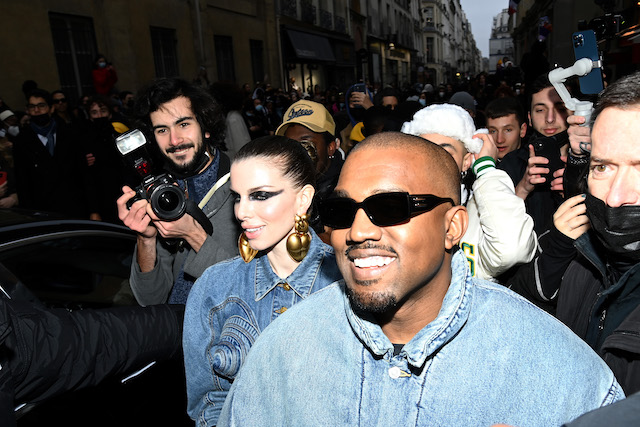 West was decked out in head-to-toe denim, while the “Uncut Gems” star completed her look with her hair pulled back, jewelry and high heel denim boots. (SLIDESHOW: These Are The Most Head-Turning Models On Instagram)

The two once again stepped out Monday in matching looks when they showed up at the Schiaparelli show as part of Paris Fashion Week. The photos were shared by Splash News and posted on the outlet. 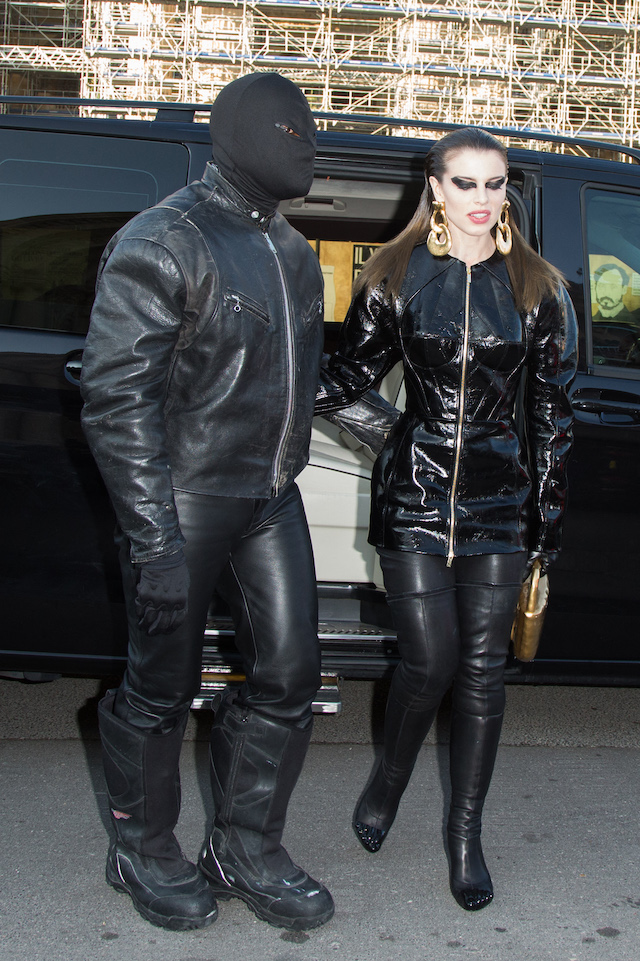 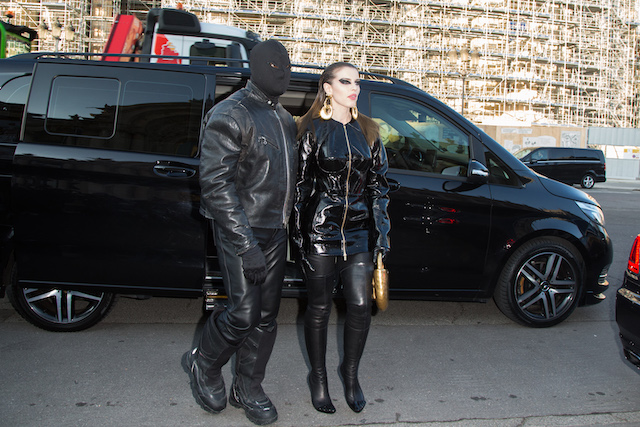 This time Ye wore a head mask and completed his look in leather pants and jacket. Fox turned heads in a black leather mini-dress and thigh-high black leather boots. 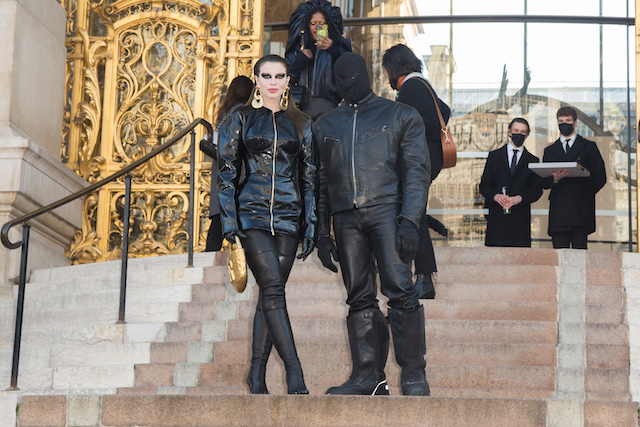 She completed her look with part of her hair pulled back, a gold clutch and giant gold earrings. 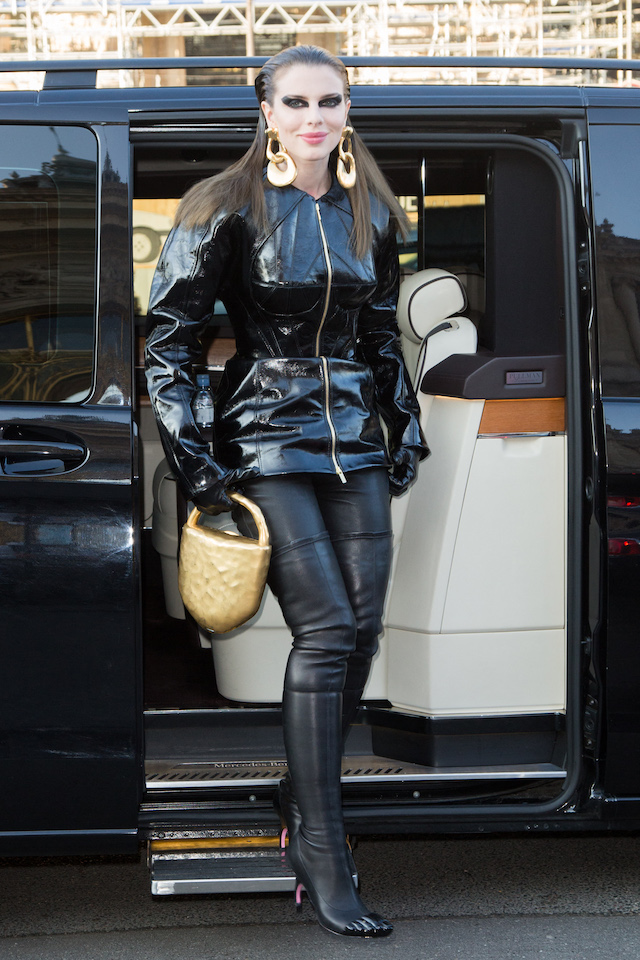 West and Fox were first spotted on New Year’s Day out and about in Miami. Days later, the superstar rapper and actress were seen taking in a Broadway show in New York and later on their way back to Kanye’s hotel, Page Six noted.

Since that time, the two have been seen out and about in Los Angeles and now in Paris. Both have previously been married.

Fox tied the knot with pilot Peter Artemiev in 2018, and the pair welcomed their first child, a son named Valentino, in early 2021. By end of the year, she was referring to him as a dead-beat father in a social media post, the outlet noted.

West and Kim Kardashian got married in 2014 and share four children together. Kardashian filed for divorce in February 2021. Nothing has yet been finalized.