The designation coincides with ongoing tensions between Ukraine and Russia. The White House did not highlight the issue in its readout of the meeting. (RELATED: US Delivers Written Response To Russia’s Security Demands)

Biden’s declaration means increased security cooperation in the Gulf, and as Russia supplies a major amount of natural gas to Western European countries, the move is in part intended to ensure a potential Ukraine–Russia war won’t spark shortages, The New York Times noted.

The White House, in a readout of Biden’s meeting, noted the two leaders have a “mutual interest in promoting security and prosperity in the Gulf and broader Middle East region, ensuring the stability of global energy supplies, supporting the people of Afghanistan, and strengthening commercial and investment cooperation.” 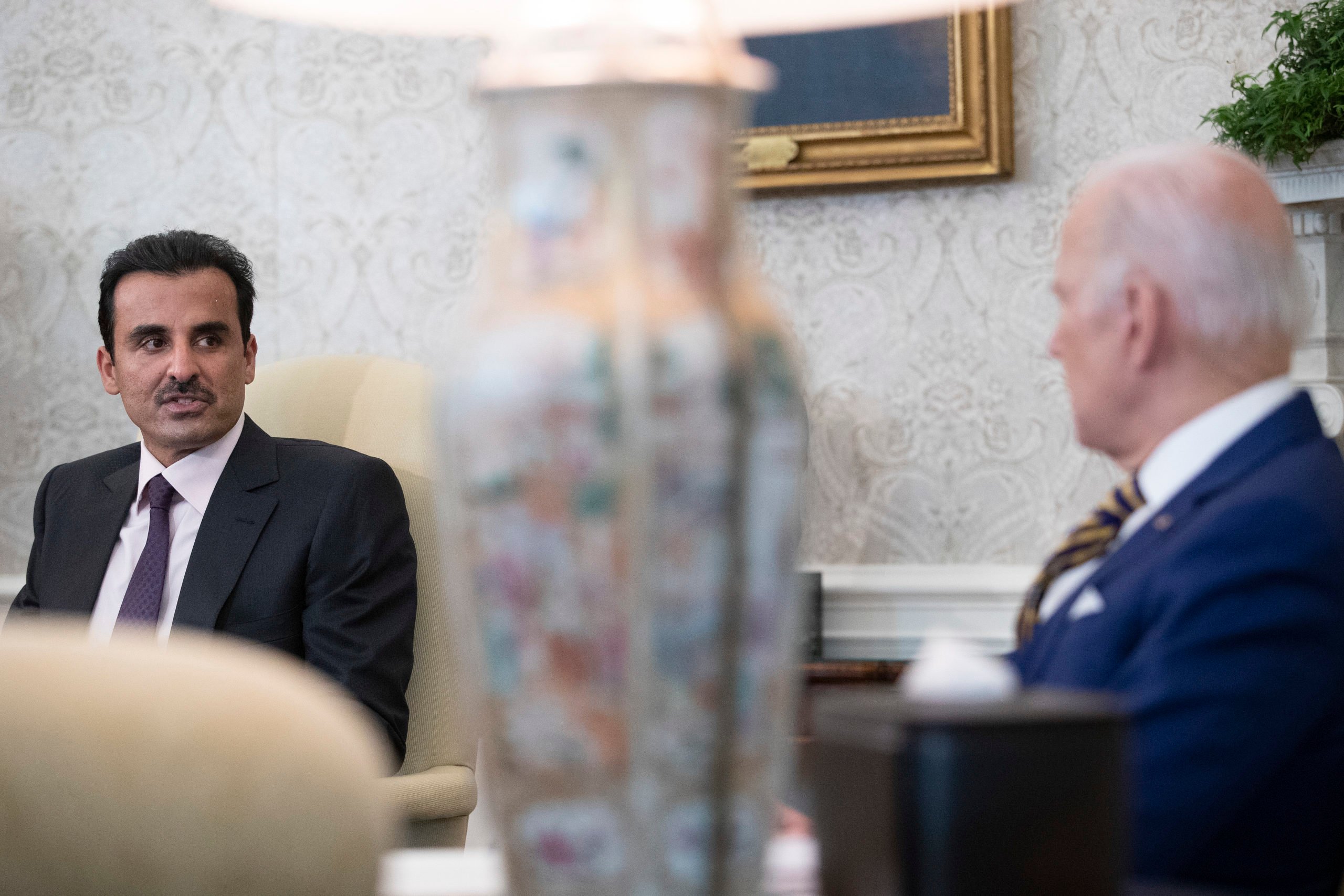 WASHINGTON, DC – JANUARY 31: U.S. President Joe Biden meets with Sheikh Tamim Bin Hamad Al-Thani, Amir of the State of Qatar, in the Oval Office at the White House on January 31, 2022 in Washington, DC. The two leaders were expected to discuss a range of issues, including global energy security as concerns about Russian natural gas supplies continue. (Photo by Tom Brenner-Pool/New York Times/Getty Images)

Qatar, which joins 17 other countries as “Major Non-NATO” allies, also recently brokered a deal with the Taliban to allow chartered evacuations out of the country to resume, Axios reported Tuesday morning. The agreement ends a months-long flight halt that came about because of fighting between Qatar and the Afghan government.

Qatar Airways will now be allowed to charter two flights out of Afghanistan every week, according to Axios. This means countries, including the U.S., can get more citizens, as well as left-behind, at-risk Afghans, out of Afghanistan. (RELATED: Biden Administration Meets With ‘Senior Taliban Representatives,’ Describes Talks As ‘Candid And Professional’)

Qatar’s emir is the first Gulf leader to join Biden at the White House in Washington, D.C.

Biden issued a formal notice of his decision to leaders in Congress after the meeting. While declaring a country a “Major Non-NATO Ally” doesn’t mean the U.S. has an obligation to defend said country, it extends some technology and training to Qatar, according to The Times.

The White House described the relationship between the U.S. and Qatar as a “strategic partnership” that “has deepened over the past 50 years.”