Russian officials denied they sent a response to a U.S. proposal aiming to deescalate the conflict at the Ukrainian border just one day after a tense exchange at the U.N. Security Council, the Associated Press reported.

Three Biden administration officials said on Monday that Russia delivered a written response to its proposition, but Russia’s Deputy Foreign Minister Alexander Grushko told Russia’s state RIA Novosti news agency that this was “not true” on Tuesday, the AP reported.

The news agency cited an unnamed senior diplomat at the Russian Foreign Ministry as saying Foreign Minister Sergey Lavrov had sent letters to Western colleagues, such as Secretary of State Antony Blinken, on “the principle of indivisibility of security” contained in an international document signed by all members of the Organization for Security and Cooperation in Europe, the AP reported.

Russia claimed the West was “whipping up tensions” over Ukraine during U.N. Security Council debate over the troop buildup at the border on Monday, the AP reported. It argued the U.S had brought “pure Nazis” to power in Kyiv. (RELATED: Police Stop Group Suspected Of Plotting Mass Riots In Ukraine Amid Threats Of Russian Invasion) 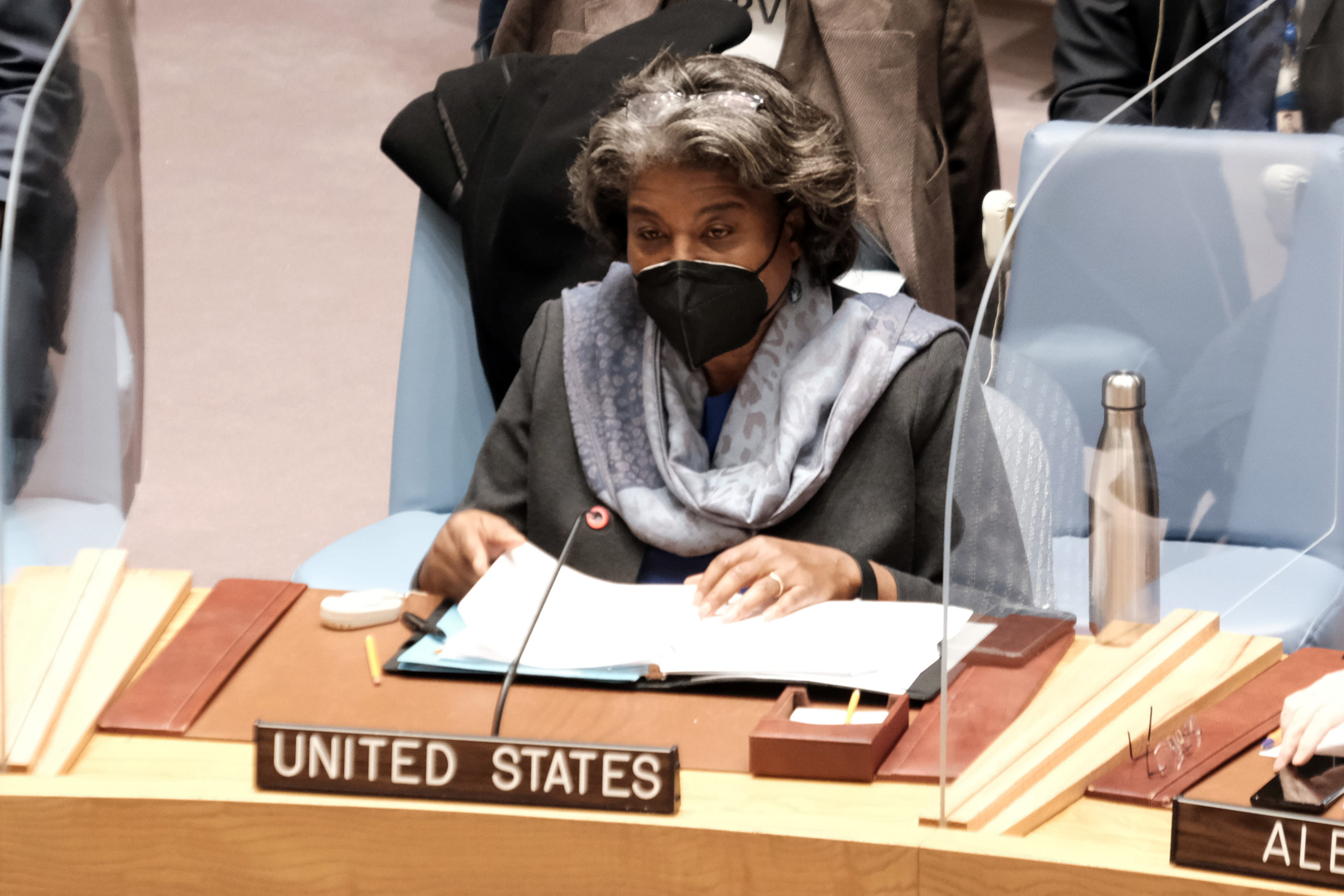 U.S. Ambassador to the United Nations Linda Thomas-Greenfield speaks at a United Nations Security Council meeting to discuss the situation between Russia and Ukraine on January 31, 2022 in New York City. (Photo by Spencer Platt/Getty Images)

U.S. Ambassador Linda Thomas-Greenfield called Russia’s approximately 130,000 troops stationed at the border “the largest mobilization” in Europe in decades, the AP reported. She also noted the increase in cyberattacks and Russian disinformation.

Moscow unsuccessfully attempted to block the meeting from taking place, the AP reported. The debate marked the first open session where every key actor in the Ukraine crisis spoke publicly.

Ukrainian President Volodymyr Zelensky signed a decree expanding the country’s army by 100,000 troops over the next three years on Tuesday, the AP reported. He alleged the decree was “not because of a war” but so that “there is peace soon and further down the line.”