A New York City high school released one of its teachers who tweeted that she planned to intentionally disrespect a fundraiser in support of fallen NYPD officers, according to a Thursday report.

Laura Lynne Duffy, a teacher at Fontbonne Hall Academy in Brooklyn, New York, said she was going to “intentionally” dress up Wednesday for a student fundraiser encouraging everyone to “dress down” as a show of support for two police officers killed in January, the New York Post reported. Students at the private, all-girls school reportedly wear uniforms but were encouraged to wear blue on Wednesday as part of the “dress down” theme.

“If anyone was wondering, I am intentionally dressing up today. #Abolition #BLM,” Duffy said in the tweet, the NYP reported.

As of Friday, Duffy is no longer employed by Fontbonne Hall, according to an update from the Sisters of St. Joseph, Brentwood, who support the school. 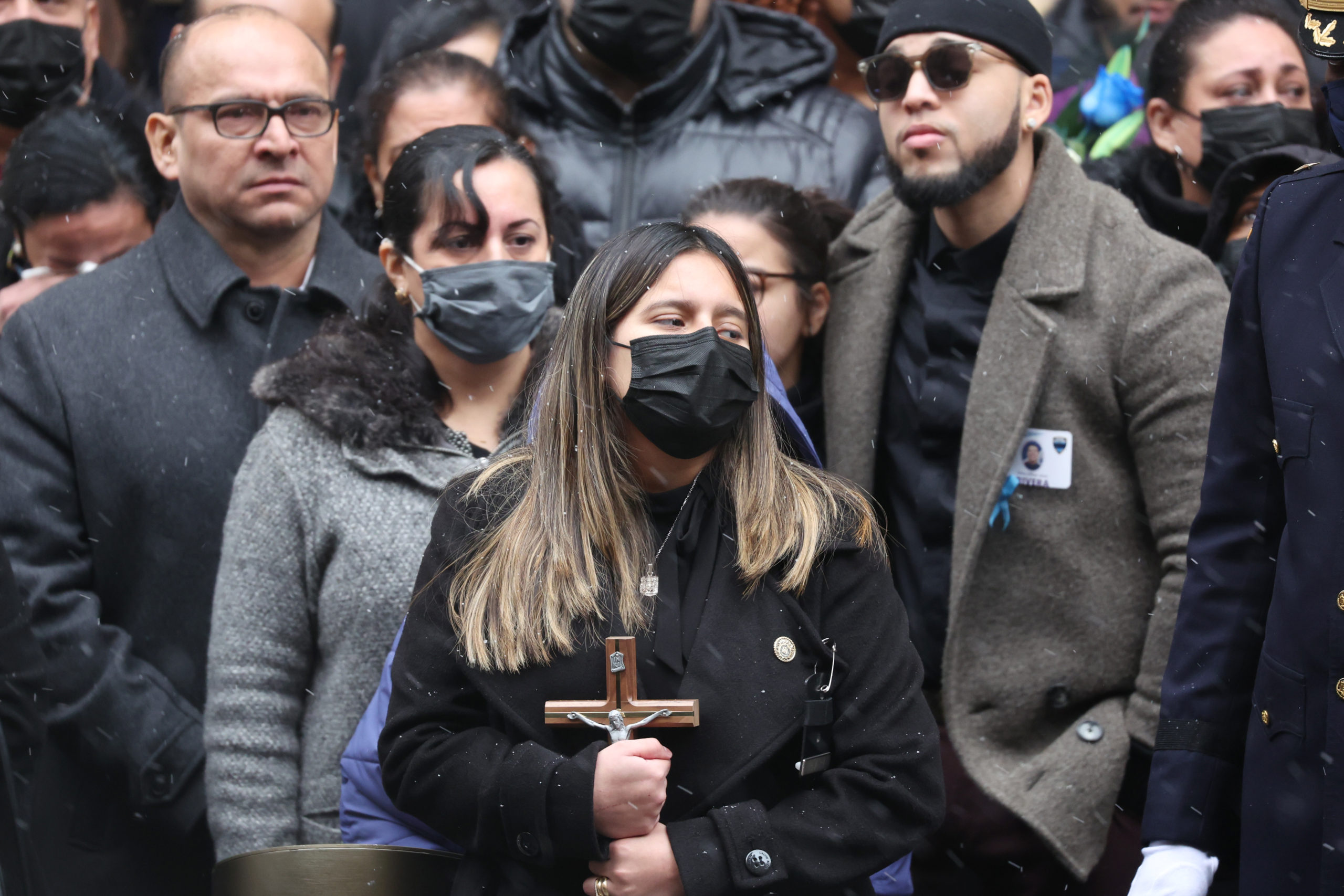 Dominique Rivera, the wife of fallen NYPD Officer Jason Rivera, stands by his casket during his funeral at St. Patrick’s Cathedral on January 28, 2022 in New York City. The 22-year-old NYPD officer was shot and killed on January 21 in Harlem while responding to a domestic disturbance call. Rivera’s partner, Officer Wilbert Mora, also died from injuries suffered in the shooting. (Photo by Spencer Platt/Getty Images)

“The Sisters of St. Joseph, Brentwood are aware of the recent event at Fontbonne Hall Academy and conducted an investigation into this matter,” the group’s statement said. “We continue to pray for the fallen NYPD Officers Jason Rivera and Wilbert Mora and with their families.”

On Jan. 21, Rivera and Mora were shot while responding to a domestic abuse call at a Harlem apartment building where gunman Lashawn McNeil ambushed the officers. Rivera died the same day, while Mora died four days later after doctors struggled to remove a bullet from his brain. (RELATED: ‘The New Confederacy Flag’: California Teacher Lashes Out At 13-Year-Old Student For Wearing A ‘Thin Blue Line’ Mask)

The school said its administrators were aware of Duffy’s “politically charged” tweet and said they were conducting an internal investigation into the matter, according to a Wednesday statement.

“Fontbonne Hall does not endorse the personal comments of this faculty member and we will continue to advance the mission of the Sisters of Saint Joseph of all inclusive love, unity, and reconciliation within the earth community,” the statement said. “Our thoughts and prayers are with the families of the fallen officers and we remain proud of our students for the compassion they showed today.”