Students for Justice in Palestine (SJP) at the University of Chicago told their peers to boycott any class on Israel “or those taught by Israeli fellows” because “by attending these classes, you are participating in a propaganda campaign that creates complicity in the continuation of Israel’s occupation of Palestine,” the Jan. 26 post said.

“There is no mention of the fact that Israel is an apartheid state,” the post continued. “Israel’s history is framed as a conflict between two equals in an effort to legitimize its existence to uniformed students.” (RELATED: Illinois Dem At Center Of Ethics Investigation Promised To Oppose Israel As Part Of Agreement With Primary Opponent) 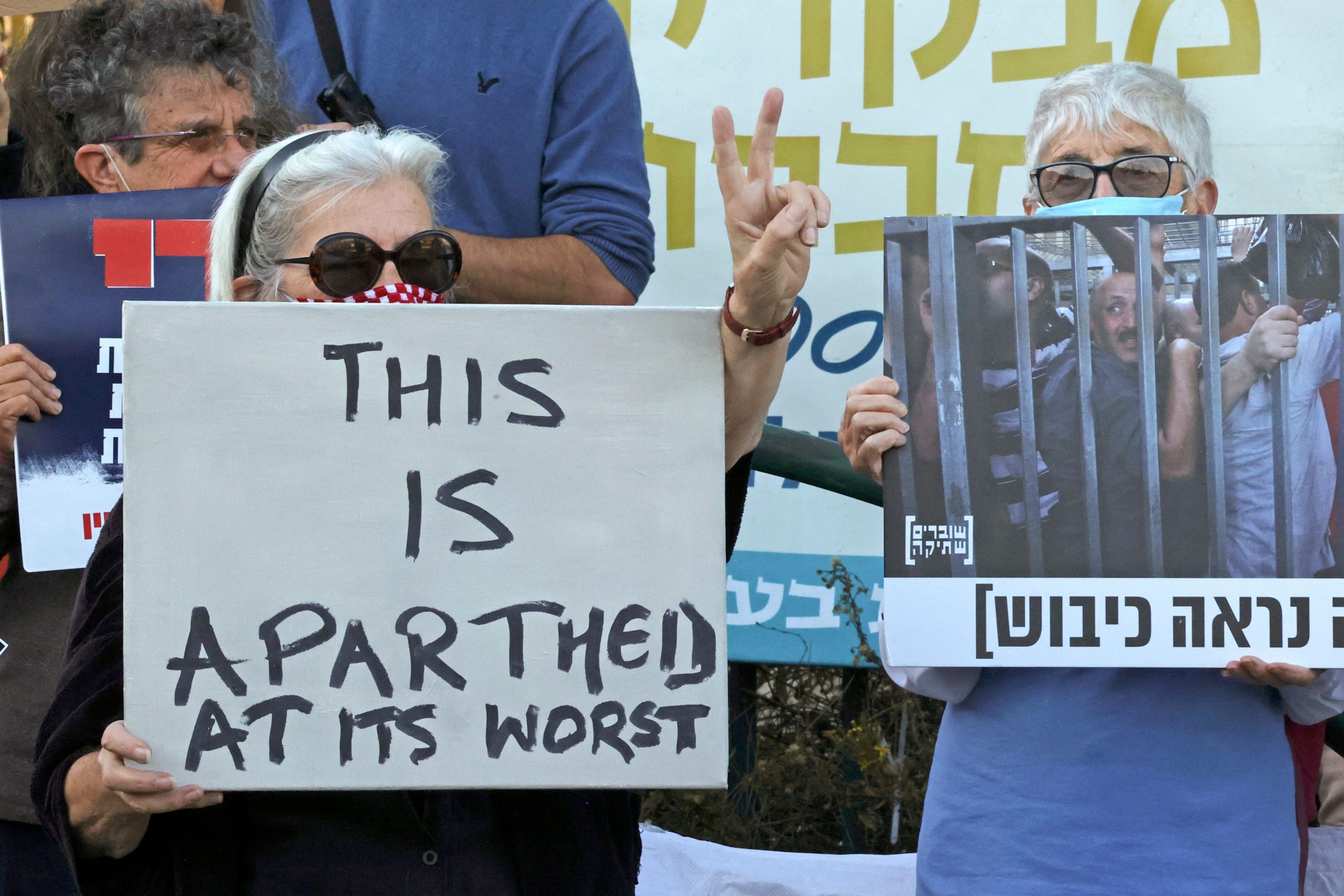 Israeli left-wing groups protest the Israeli president’s planned visit to the Tomb of the Patriarchs, a site known to Muslims as the Ibrahimi mosque, in the flashpoint city of Hebron in the occupied West Bank on November 28, 2021. (Photo by HAZEM BADER/AFP via Getty Images)

Courses that “proclaim to be about aspects of ‘Israeli culture’ … often rely on Orientalist narratives, pinkwashing, and liberal washing in an attempt to legitimize Israel as a paragon of Western liberal values,” the statement said. “Controlling the narrative is incredibly important to settler-colonial states, as it allows them to dehumanize indigenous populations and justify their violent seizure of land.”

The post also included course descriptions of Israel-oriented classes, encouraging students to “DROP THEM” if they or anyone they know are planning to take the classes.

One class description used the term “Israeli citizens” which SJP said “is itself a racist and exclusionary construct in the service of apartheid.” The group said the “Israeli society,” mentioned in a class description, was “founded on racist settler colonial principles, ethnic cleansing, and the attempted erasure of both Palestinian people and their political rights and identity.”

The University of Chicago is committed to supporting the wellbeing of all its community members where students can “engage freely and openly on a wide range of issues,” a spokesperson told the Daily Caller News Foundation.

“These values compel our steadfast opposition to discrimination, including rejection of antisemitism, anti-Palestinian bias, and other forms of bias that are incompatible with our commitment to diversity and inclusion,” the spokesperson said.