The president applauded the company, which was founded in 2001, for expanding electric vehicle infrastructure in the U.S. during the White House ceremony. Republican Tennessee Gov. Bill Lee announced that Tritium would build a car charger factory in the city of Lebanon, creating 500 new jobs, earlier Tuesday.

“This is great news for workers across the country, for an economy, and, frankly, for the planet,” he added. (RELATED: Are Electric Vehicles A Scam?)

The president has sought to push domestic electric vehicle manufacturing and purchasing throughout his first year in office. He has vowed to ensure 50% of private car sales are electric by 2030 and that every addition to the federal governments’ massive vehicle fleet is an EV by 2035. 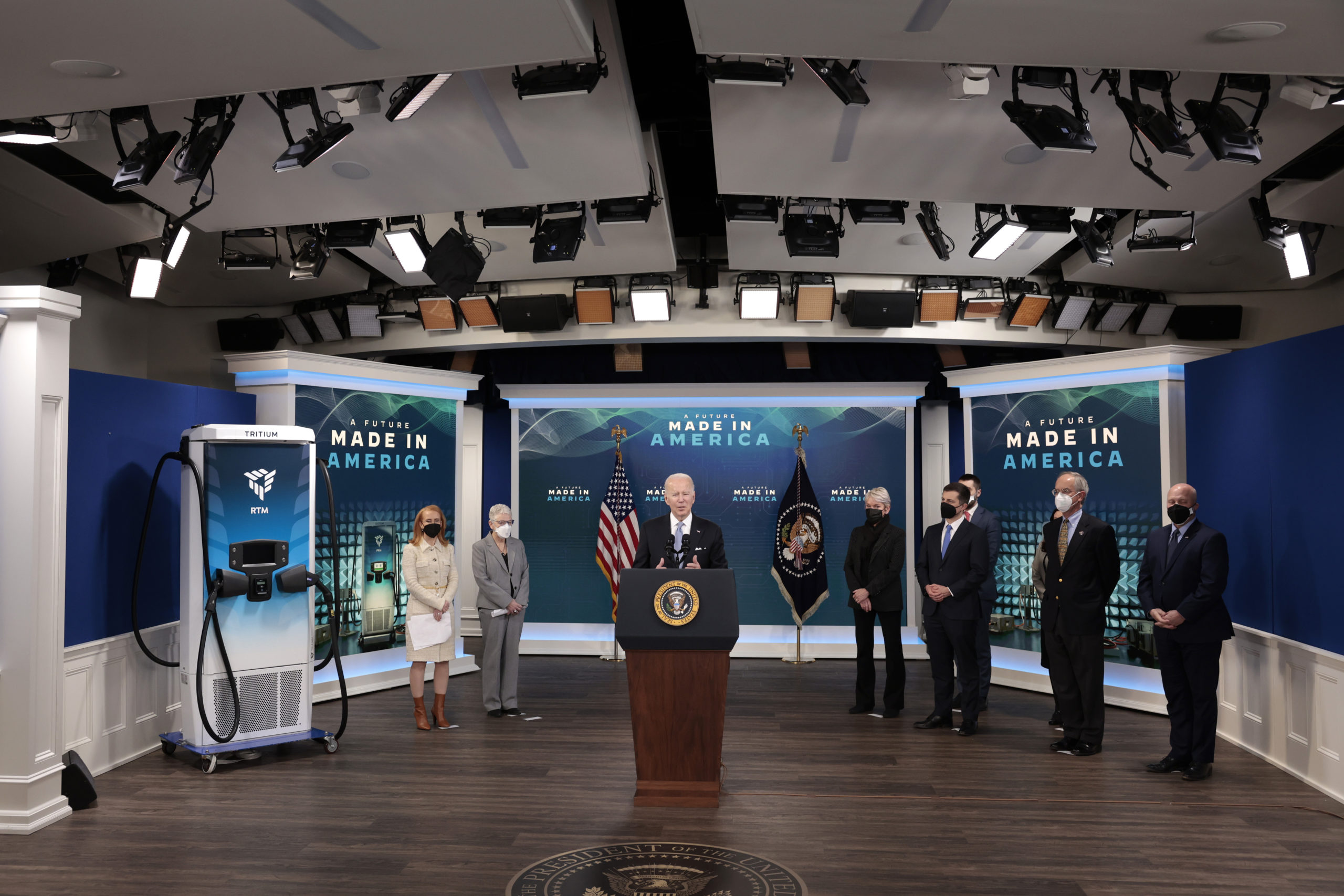 President Joe Biden delivers remarks on his administration’s efforts to increase manufacturing alongside members of his cabinet and Tritium CEO Jane Hunter at the White House on Tuesday. (Anna Moneymaker/Getty Images)

“President Biden is right that American entrepreneurs and manufacturers must be at the forefront of the electric vehicle revolution,” American Conservation Coalition Vice President of Government Affairs Quill Robinson said in a statement shared with the Daily Caller News Foundation. “Yet, today, he placed an Australian company on the podium and nodded to the unions, which routinely stifle innovation.”

“If President Biden wished to champion American innovation, he would have asked the CEO of Tesla, the largest EV company in the world, to join him on the stage,” he continued.

Tesla CEO Elon Musk has repeatedly been snubbed and ignored by the White House. In August, the company didn’t receive an invite to an EV event with other top car manufacturers hosted by Biden and still hasn’t been directly acknowledged by the administration.

In response to a snub in January, Musk called the president a “damp sock puppet in human form” and said he was “trying to cancel a great American company and rewrite EV history” in a series of tweets.

Tesla vehicles represented 79% of all EV sales in 2020, according to Experian data. The Texas-based company employed 99,290 total workers as of Dec. 31, according to Securities and Exchange Commission filings.

Tesla didn’t immediately respond to a request for comment from the DCNF.