Ho, a Trump-appointed judge on the Fifth Circuit Court of Appeals, was initially scheduled to speak on originalism with a speech titled “Fair Weather Originalism: Judges, Empires, and the Fear of Being Booed,” but then told his listeners, “I’m going to spend my time today talking about Ilya Shapiro,” according to National Review.

Federal judge James C. Ho scrapped his prepared remarks and instead delivered a robust defense of Ilya Shapiro on Tuesday in a surprise speech at Georgetown Law. | Opinion by @njhochman https://t.co/HueT9r78Sj

Shapiro, a conservative legal scholar, had criticized President Joe Biden’s proposal to nominate a candidate to the Supreme Court based on race.  In a series of now-deleted tweets posted Jan. 26, Shapiro said, “Because Biden said he’s only consider black women for SCOTUS, his nominee will always have an asterisk attached. Fitting that the Court takes up affirmative action next term.” Despite apologizing, Shapiro faced immediate backlash and was placed on administrative leave Jan. 31.  Shapiro was set to become the new executive director and senior lecturer for Georgetown Law Center’s for the Constitution Feb. 1. (RELATED: Georgetown Professor Placed On Administrative Leave After Blasting Biden’s Vow To Elect Black Woman To SCOTUS) 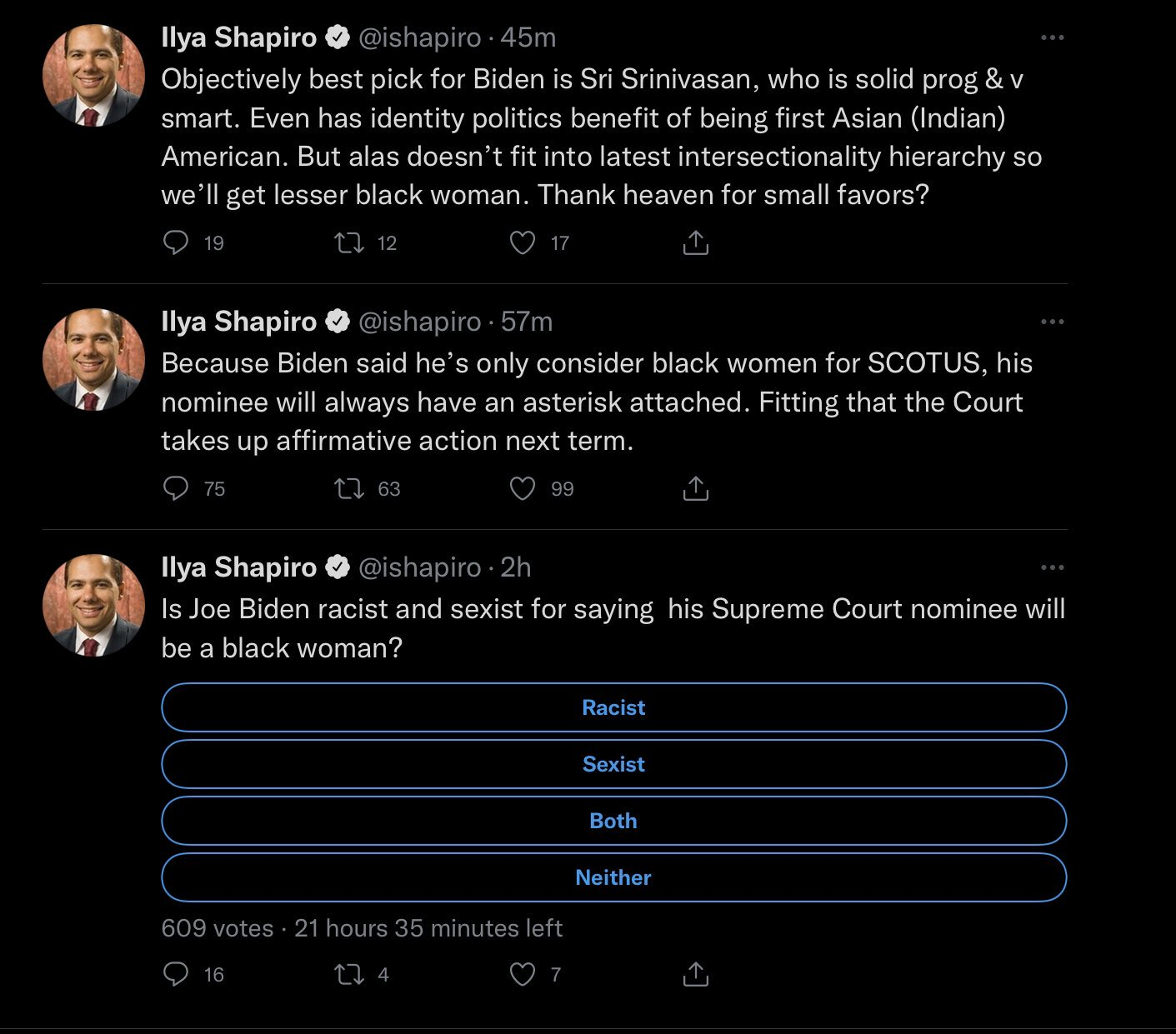 In his remarks, Ho began by defending Shapiro’s right to freedom of speech.

“I confronted racial discrimination as a student, as a member of the legal profession, and as an Asian American during the Covid-19 pandemic,” Ho said. “Cancel culture is not just antithetical to our constitutional culture and our American culture … It’s completely antithetical to the very legal system that each of you seeks to join.”

Ho went on to support the principle of equal opportunity, which he claimed to be the principle behind Shapiro’s remarks, as well as defend the scholar against the charge of racism.

“Ilya has said that he should have chosen different words. That ought to be enough…I have no doubt — zero doubt — that Ilya did not intend anywhere near the worst interpretation that has been applied to his remarks,” said Ho.

Ho concluded his speech with a challenge to cancel culture, according to National Review.

“If Ilya Shapiro is deserving of cancellation then you should go ahead and cancel me too,” he said.