“Happy Presidents’ Day to such great U.S. presidents,” the meme read over nine images of U.S. presidents in grid format, including a photograph of President Joe Biden in a face mask in the middle of the meme. Over Biden’s head are the words “Not You” in bold red. The meme was posted to Aldean’s Instagram story. 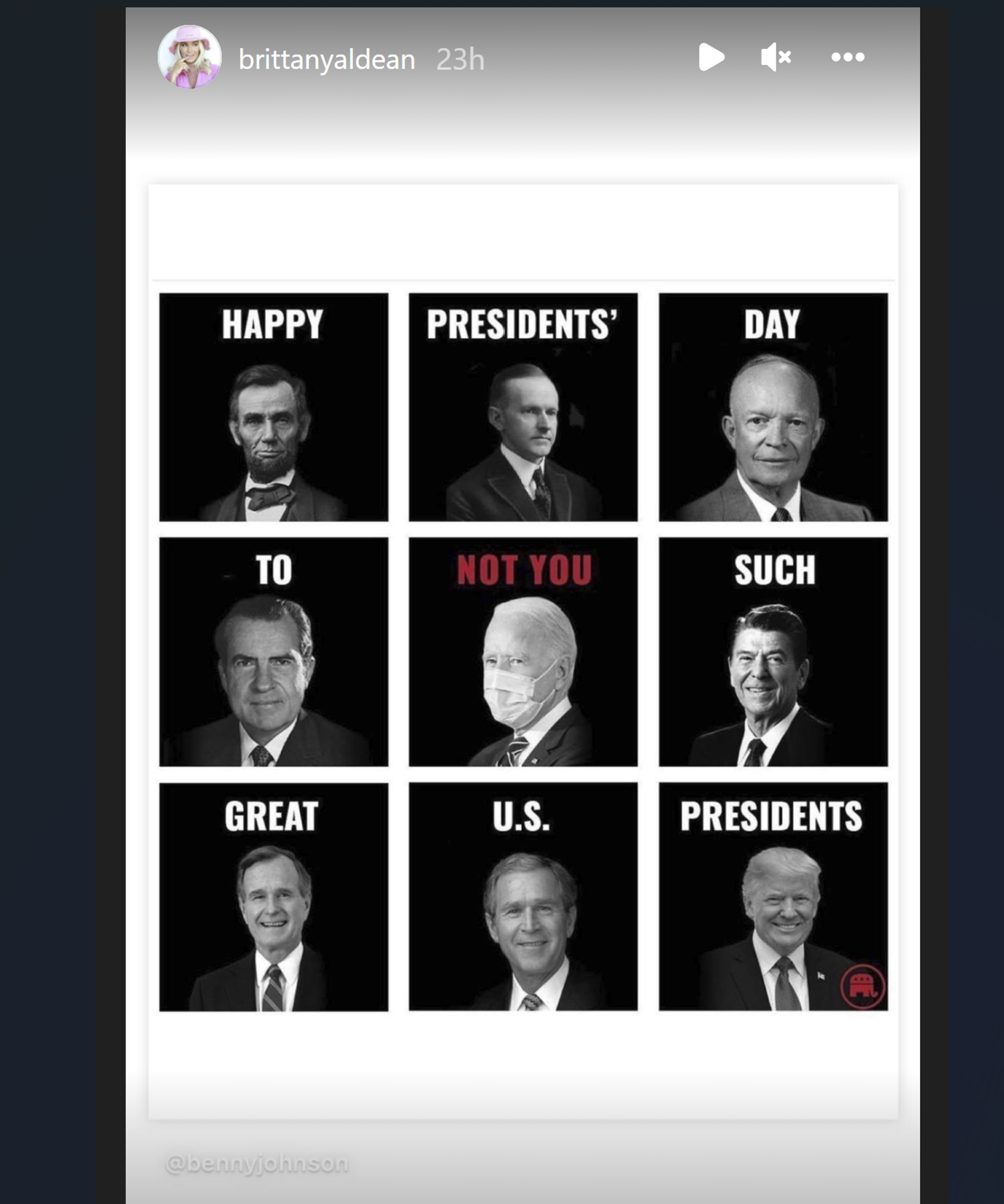 The meme was followed by a video of an American flag alongside another reading “Joe Biden is not my president.” Music from the song “Crack Pipe Biden” by Loza Alexander played in the video, according to OutKick.

Aldean previously shared a photo of herself and her husband alongside President Trump after a fan asked her about partying with the former president on New Year’s Eve, Fox News reported.

“He is so great. Funny, welcoming and TRULY loves this country,” Aldean captioned the image. “Jason said it was one of his top experiences in life. (Coming from a man who has done it all. He had the best time… we all did.”

Aldean has not shied away from criticizing Biden and Democrats in the past. In a series of images, she has posed with an “FJB” fanny pack as well as posted images of t-shirts that read, “I voted red, you voted blue, don’t blame me, this sh*t’s on you,” and “Alexa, change the president.” Brittany also said “screw the haters” and encouraged others to “speak out” politically.