President Joe Biden announced Wednesday that he will allow economic sanctions to be reimposed on the operator of the Nord Stream 2 gas pipeline.

“I have directed my administration to impose sanctions on Nord Stream 2 AG and its corporate officers,” Biden said in a statement. “These steps are another piece of our initial tranche of sanctions in response to Russia’s actions in Ukraine. As I have made clear, we will not hesitate to take further steps if Russia continues to escalate.”

The president added that Russia’s aggression in Ukraine has given the world “overwhelming incentive to move away from Russian gas” in his announcement Wednesday. The sanctions, which target Nord Stream 2 AG, the pipeline’s operator that is a subsidiary of Russian state-owned energy giant Gazprom, are the latest in a series of actions the Biden administration has taken against Russia.

CNN first reported the sanctions Wednesday. The Department of State didn’t immediately respond to a request for comment from the Daily Caller News Foundation.

On Tuesday morning, German Chancellor Olaf Scholz ordered his economic ministry to halt the certification of Nord Stream 2, which was completed in September, in response to Russia’s invasion of separatist-controlled territories in Ukraine on Monday. (RELATED: ‘We Need To Be Honest’: Biden Suggests US Gas Prices Will Increase Because Of His Russian Sanctions)

The Biden administration signaled support for Germany’s action shortly after Scholz’s announcement. When asked later about potential additional measures Biden could take against the pipeline, White House press secretary Jen Psaki said the administration had already acted on that front. 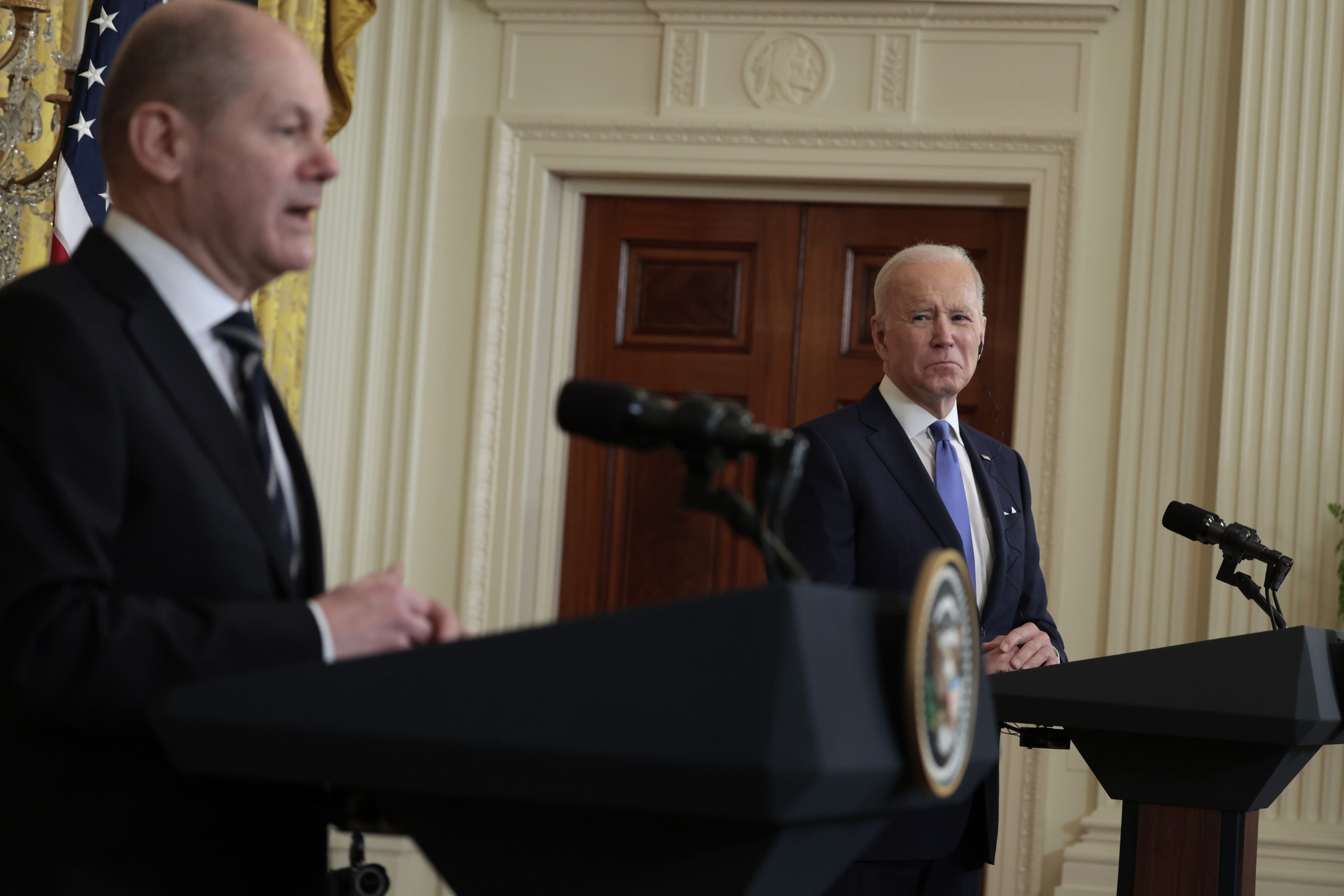 “Well, I would first say that, you know, the president has never been a supporter of Nord Stream 2,” Psaki told reporters Tuesday evening. “We’ve always criticized it as a — as a project that we didn’t support. We took a range of steps and sanctions — including sanctions, to make that very clear.”

However, Secretary of State Antony Blinken waived the sanctions placed on the direct Russia-to-Germany pipeline by former President Donald Trump in May. Biden then gave a stamp of approval to the $11 billion project in July after a meeting with former German Chancellor Angela Merkel.

The White House also urged Democrats to block a bill sponsored by Republican Sen. Ted Cruz that would’ve reimposed the sanctions. The bill, which Republicans argued was key to preventing Russian energy dominance in the region, failed to obtain the required 60 votes needed to pass.

In addition, White House officials have suggested additional aggressive measures against Russia were unnecessary as recently as Wednesday, according to CNN.

“Sometimes I wonder if there’s almost a bloodlust out there for sanctions as an end to themselves,” White House Deputy National Security Advisor for international economics Daleep Singh told CNN on Wednesday. “But let me just be really clear. We did hit hard yesterday.”