Russia struck the western Ukrainian city of Lviv on Friday with cruise missiles, ending the relative peace its citizens had experienced thus far, according to Mayor Andriy Sadovy, The New York Times reported.

Lviv is roughly 50 miles away from Ukraine’s border with Poland, a NATO member, and has served as a safe haven for those who have fled cities Russia has more frequently targeted, the NYT reported. Sadovy said several missiles struck an aircraft repair plant at the airport complex and destroyed a number of buildings.

The repair plant was not operating at the time of the attack and there were no reported casualties, Sadovy said, Axios reported. 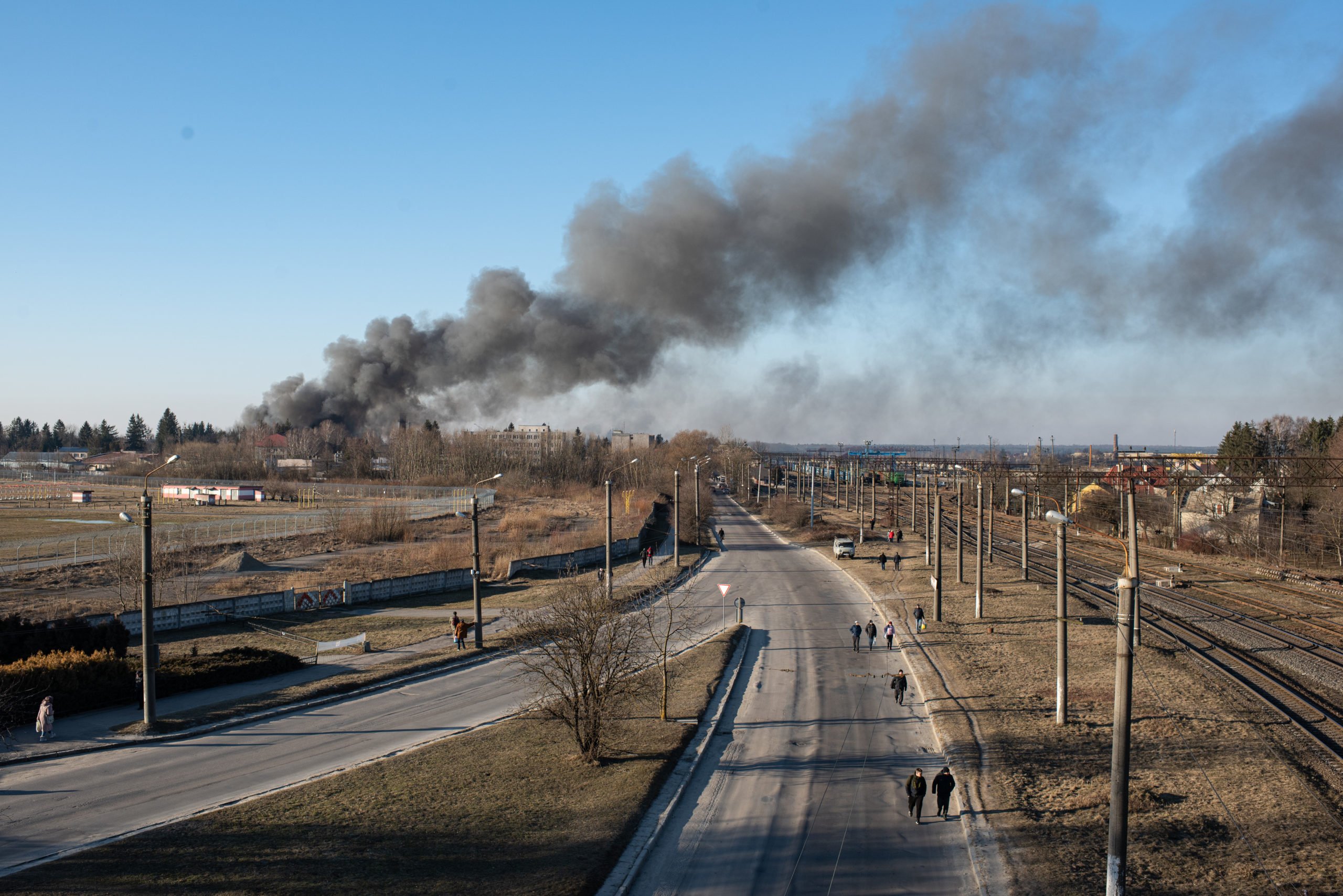 Smoke is seen above buildings close to the airport on March 18, 2022 in Lviv, Ukraine. (Photo by Getty Images)

Russia began targeting western Ukraine, which had been hit less than the east and Kyiv, the capital, more over the past week, Axios reported. Russian missiles struck a military training facility near the Polish border on Sunday, killing at least 35 people. (RELATED: Two Ukrainians Defuse Bomb Using Only Their Hands And A Plastic Bottle Of Water)

U.S. National Security Adviser Jake Sullivan said NATO would respond to any attack on the alliance’s territory, even if the strike was accidental, Axios reported.

Russia began its invasion on Feb. 24 and has launched over 1,000 missiles since the attack began, a senior U.S. Defense official said during a background briefing on Thursday. Forces struck a theater that was serving as a bomb shelter in the strategic city of Mariupol on Wednesday, reportedly trapping over one thousand civilians under it.