Up to 1,300 people remain trapped in a makeshift bomb shelter beneath a theater in Mariupol, according to Ukraine’s Human Rights Commissioner Lyudmyla Denisova.

Approximately 130 people have been rescued from the theater, which was struck by Russia on Wednesday, according to Ukrainian officials, The New York Times reported. Deputy Mayor Sergei Orlov told BBC News between 1,000 and 1,200 people, mostly women, children and elderly individuals, had taken shelter at the theater.

“We live in frightening times that are called war,” Mayor Vadym Boychenko said, The Washington Post reported. “We want to close our eyes and forget, like a bad dream, everything that is happening to us now, but we open them and see war again, we see the devastation, we see all this horror.” 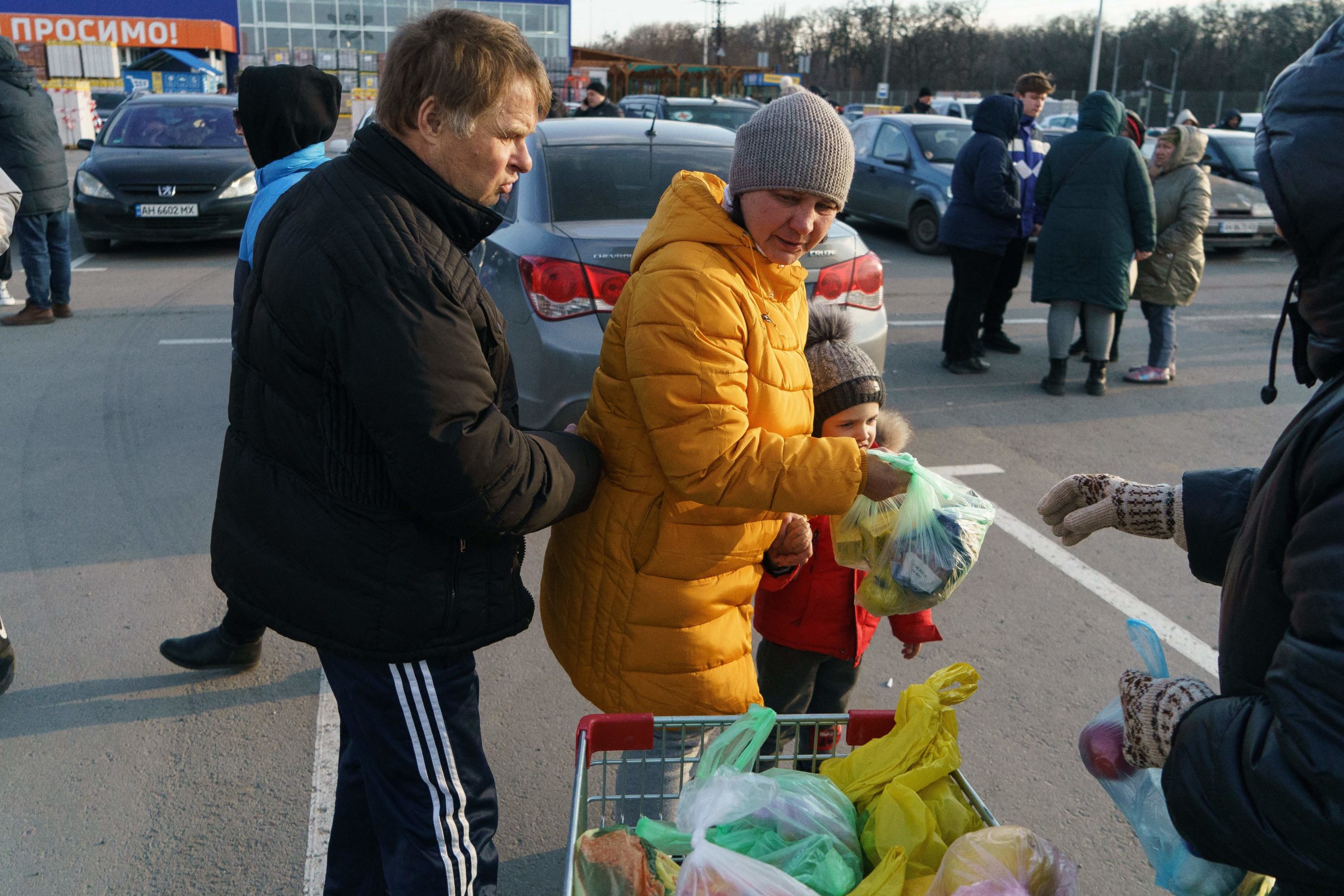 Evacuees from Mariupol are seen upon arrival at the car park of a shopping centre on the outskirts of the city of Zaporizhzhia, which is now a registration centre for displaced people, on March 15, 2022. (Photo by EMRE CAYLAK/AFP via Getty Images)

The city, located in a strategic location on the Black Sea, has been consistently bombarded by Russian forces, hindering rescuers’ attempts to reach survivors under the theater, the NYT reported. There is no clear estimate of how many citizens have been killed in Mariupol. (RELATED: Two Ukrainians Defuse Bomb Using Only Their Hands And A Plastic Bottle Of Water)

Russia has successfully cut off badly needed supplies and attacked a children’s hospital, a university and other civilian targets, the Post reported. Stray dogs who normally eat garbage in the city are purportedly turning to human corpses for sustenance, The Daily Beast reported.

On Thursday, around 20,000 Ukrainian refugees were evacuated from Mariupol, but it is unclear whether that number included any of the people trapped under the theater, The Daily Beast reported.

“Our hearts are broken by what Russia is doing to our people. To our Mariupol,” Ukrainian President Volodymyr Zelesnkyy said in a video released Wednesday, BBC News reported.