Tesla opened its first European manufacturing facility on Tuesday as the electric car giant looks to ease the pressure on U.S. and Chinese factories, CNBC reported.

“This is a great day for the factory,” Musk said, claiming the opening is “another step in the direction of a sustainable future,” according to Reuters. Musk likened Tuesday’s opening to the company’s Shanghai factory in January.

Tesla anticipates its Berlin factory will produce up to 500,000 vehicles per year, CNBC reported. U.S. factories have struggled to keep up with the surging demand while the company experienced production delays for Tesla’s Model Ys and Model 3s across the world. (RELATED: Elon Musk Calls For More Fossil Fuel Production)

In addition to suffering from excess demand, Tesla’s Shanghai plant was shuttered Wednesday due to an upsurge in COVID-19 cases, according to CNBC. 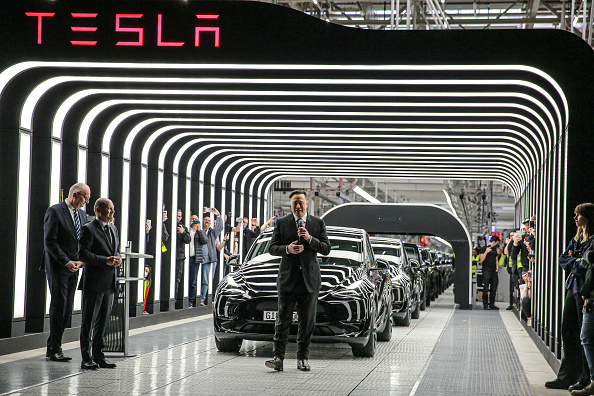 Musk first announced the plan to build the Berlin Gigafactory in November 2019, where he praised German engineering.

“Everyone knows that German engineering is outstanding, for sure,” Musk said, according to CNBC. “That’s part of the reason why we are locating our Gigafactory Europe in Germany.”

“We are also going to create an engineering and design center in Berlin, because Berlin has some of the best art in the world,” he added.

German officials said the car giant could start production on March 4. Tesla initially planned to begin production in the summer of 2021, but supply chain bottlenecks and disruptions from the COVID-19 pandemic further delayed the opening.