Three major U.S. fossil fuel companies rejected an invitation from House Democrats to testify at an April hearing on whether the industry has done enough to lower prices.

The three companies — EOG Resources, Devon Energy Corporation and Occidental Petroleum — informed Natural Resources Committee leadership that they would skip the hearing that was planned for April 5, the panel’s chairman, Arizona Democratic Rep. Raúl Grijalva, announced Tuesday evening. Grijalva sent letters to the energy producers on March 18, asking their CEOs to appear at the hearing to discuss why gasoline prices were so high.

“As rising gas prices started hurting Americans, fossil fuel industry trade groups and their allies in Congress wasted no time placing blame on the Biden administration and pushing for a drilling free-for-all,” Grijalva said in a statement. “But when you look at oil companies’ record profits, these claims don’t add up.”

“I invited these companies to come before the Committee and make their case, but apparently they don’t think it’s worth defending,” he added. “Their silence tells us all we need to know—that cries for more drilling and looser regulations are nothing more than another age-old attempt to line their own pockets.”

Grijalva said he was “concerned that the oil industry is not doing enough to protect American consumers” when he requested the companies appear at the hearing. (RELATED: Democrats Up Pressure On Big Oil To Answer For Alleged Profiteering As Americans Blame Biden For Gas Prices) 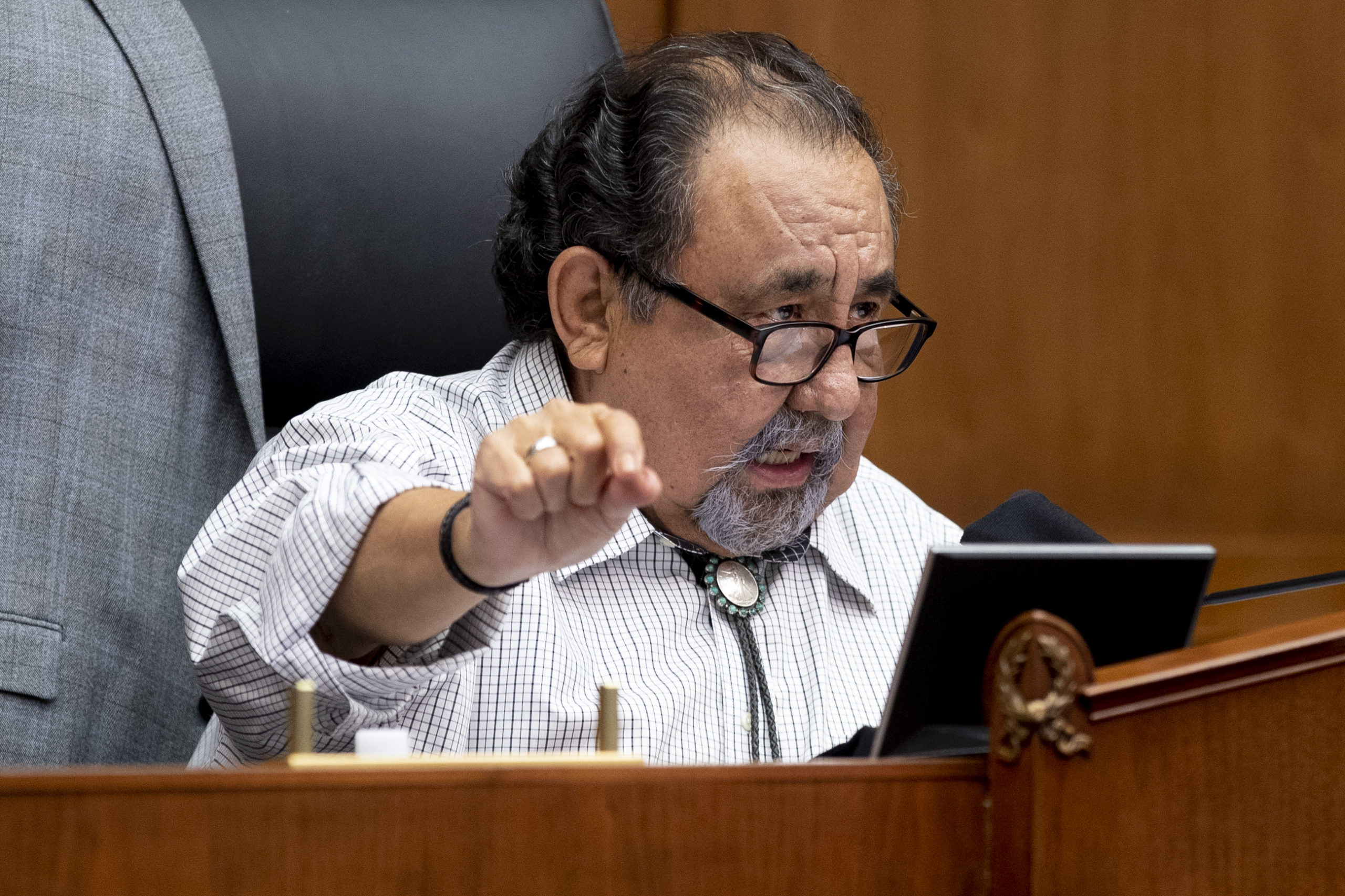 Russia’s invasion of Ukraine has roiled global energy markets sending crude oil and gasoline prices through the roof. The average price of gasoline in the U.S. peaked near $4.33 per gallon earlier in the month but has since declined, AAA data showed.

The average cost of gas declined to $4.24 per gallon nationwide on Wednesday, according to AAA.

“While American families struggle to shoulder the burden of rising gas prices from Putin’s war on Ukraine, fossil fuel companies are not doing enough to relieve pain at the pump, instead lining their pockets with one hand while sitting on the other,” Pallone and Oversight and Investigations Subcommittee Chair Diana DeGette said in a joint statement Tuesday.

EOG Resources, Devon Energy Corporation and Occidental Petroleum did not respond to requests for comment from the Daily Caller News Foundation.