The Republican Party’s goal of taking back the Senate in November could hinge on the ousting of a vulnerable incumbent Democrat in the battleground state of Nevada.

Laxalt, the leading candidate in the Republican primary, told the Daily Caller News Foundation that Cortez Masto is in danger of losing reelection because, unlike Democratic Sens. Kyrsten Sinema and Joe Manchin, she has “not broken from her party in any major issues” during her tenure, despite Nevada’s moderate views.

“I think that’s why we’ve got such an amazing opportunity and such a great contrast with her,” Laxalt said. “This is a pretty centrist state.” (RELATED: Democrats’ Worst Nightmare Is Coming True In Texas)

Laxalt, who previously ran for governor in 2018 and lost to current Democratic Gov. Steve Sisolak, emphasized how COVID-19 restrictions “disproportionally affected” the working class in the state, particularly when it came to minority-owned businesses. 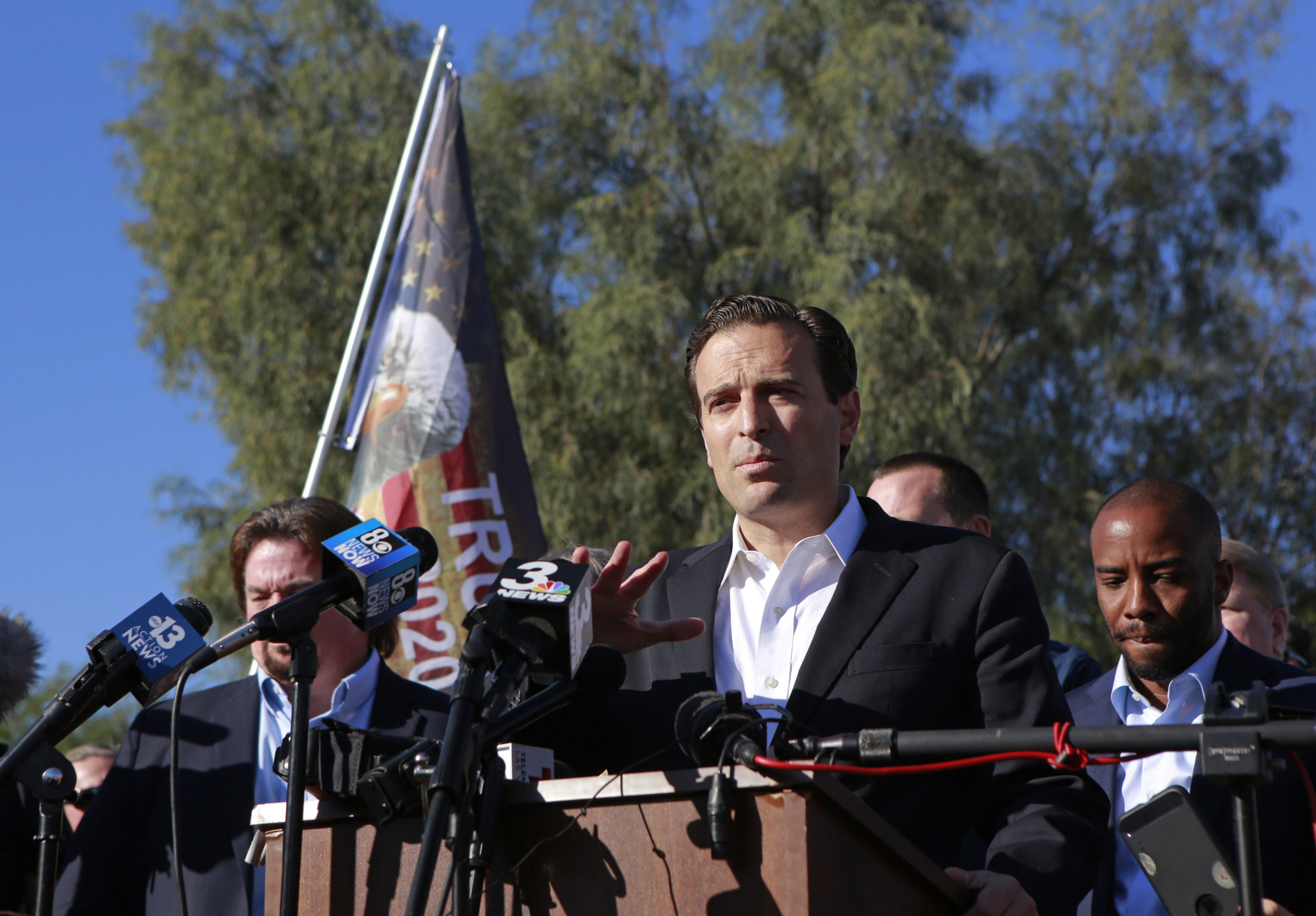 Biden severely underperformed with Hispanics in the presidential election and Republicans have attempted to capitalize on their gains ahead of the midterms. Hispanic voters were evenly split between Cortez Masto, the first Latina to serve in the Senate, and Laxalt in Blueprint’s poll.

Laxalt, who called Nevada “ground zero” for control of the Senate, highlighted Cortez Masto’s previous support for the Black Lives Matter Movement and police reform as a reason the senator is not polling as well with Hispanics, who he said were “appalled by what was allowed to go on.”

Numerous violent riots broke out in the state in response to the 2020 murder of George Floyd, which inspired protests throughout the country.

Cortez Masto’s office did not respond to the Daily Caller News Foundation’s request for comment.

In March, the number of Nevada Democrats who switched their registration to the Republican Party was triple that of Republicans who became Democrats, the Nevada Independent reported.

“There’s no question every single month, there have been more Democrats converting to Republicans than vice versa,” Laxalt said. (RELATED: These Are The Most Important Senate Races In 2022)

Cortez Masto raised the largest single-quarter fundraising sum of any U.S. Senate candidate in Nevada during the first three months of 2022, raking in over $4.4 million, The Nevada Independent reported. The previous record was set by Nevada Democratic Sen. Jacky Rosen, who raised slightly under $2.6 million in the first quarter of 2018. 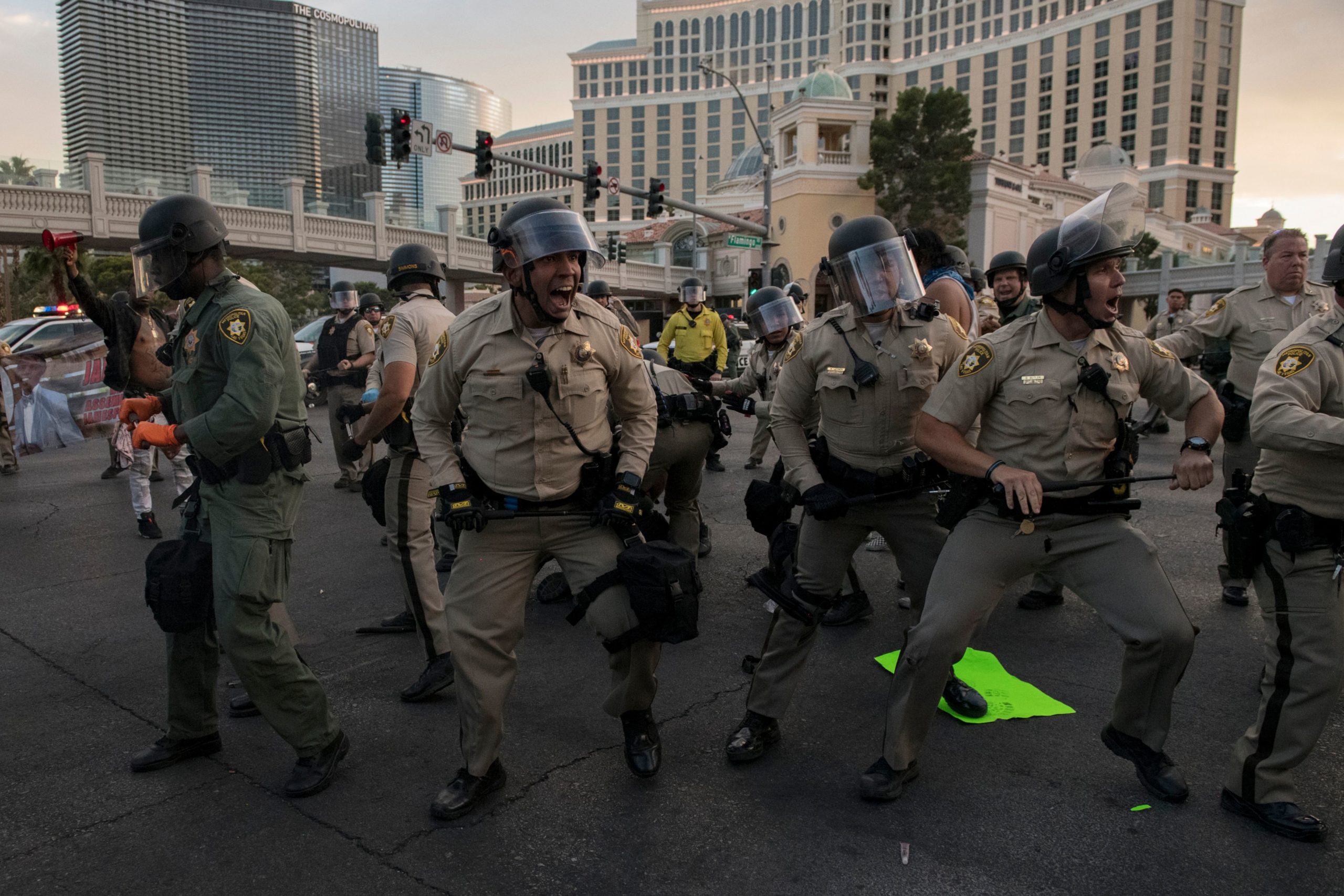 Police arrest demonstrators marching along the Strip in Las Vegas, Nevada on Friday, May 29, 2020. (Photo by BRIDGET BENNETT/AFP via Getty Images)

“She certainly has an advantage as an incumbent, on campaign fundraising, and of course, she had a five-year head start,” he told the DCNF.

“She’s gonna need it,” Laxalt said. “They’re going to spend a lot of money trying to package her up and remake her. I don’t think it’s going to be effective. I don’t think all the money in the world is going to kind of fix her actual record.”

President Donald Trump endorsed Laxalt in August and his Save America PAC has contributed $5,000 to his campaign. Laxalt was the Nevada co-chairman of Trump’s reelection campaign and was involved in efforts to overturn the state’s election results with unsubstantiated claims of large-scale voter fraud, The New York Times reported.

While he said there was currently no date set for Trump to campaign for him, Laxalt told the DCNF the former president “plans on coming out.”