Democratic colleagues of California Sen. Dianne Feinstein, including senators, staffers and a member of Congress, are reportedly concerned over her mental fitness, according to multiple sources who spoke with The San Francisco Chronicle.

Four U.S. senators, three of whom were Democrats, along with three former Feinstein staffers and a California Democratic member of Congress reportedly told the outlet the 88-year-old’s memory is quickly deteriorating.

“I have worked with her for a long time and long enough to know what she was like just a few years ago: always in command, always in charge, on top of the details, basically couldn’t resist a conversation where she was driving some bill or some idea. All of that is gone,” the lawmaker told The Chronicle.

The Democratic California lawmaker said that during a recent conversation meant to discuss policy, Feinstein mostly continued to bring up the same questions, with no indication she was aware the two had already discussed such topics, The Chronicle reported. Afterward, the lawmaker began approaching colleagues to see if convincing Feinstein to retire was feasible.

“She was an intellectual and political force not that long ago, and that’s why my encounter with her was so jarring. Because there was just no trace of that,” the lawmaker added.

Feinstein’s colleagues told The Chronicle that the California senator is unable to complete her duties without most of the work being done by her staff, and there are days she reportedly does not fully recognize her longtime colleagues. 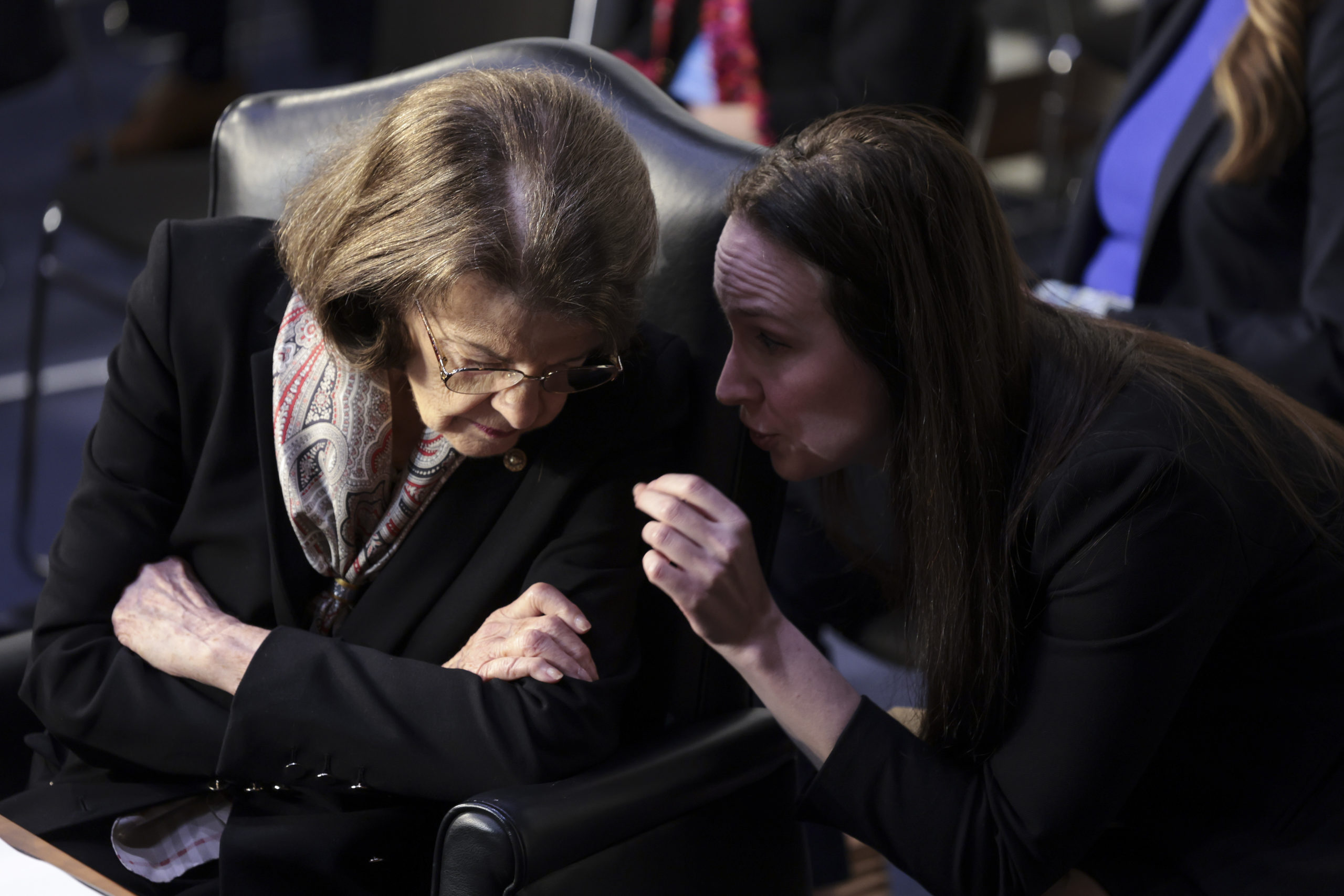 “It’s bad, and it’s getting worse,” one Democratic senator reportedly told The Chronicle.

Other colleagues who spoke to The Chronicle defended Feinstein’s abilities, including Democratic Virginia Sen. Tim Kaine and fellow California Sen. Alex Padilla. (RELATED: The Video Of The Fired Diane Feinstein Staffer Dancing In Her Office On Psychedelic Mushrooms While Smoking A Joint Is Must-See TV)

“I’ve heard some of the same concerns,” Padilla told the Chronicle. “But as someone who sees her multiple times a week, including on the Senate Judiciary Committee, I can tell you she’s still doing the job and doing it well.”

“Senator Feinstein is a workhorse for the people of California and a respected leader among her colleagues in the Senate,” House Speaker Nancy Pelosi told The Chronicle. “She is constantly traveling between California and the Capitol, working relentlessly to ensure Californians’ needs are met and voices are heard.”

Pelosi also told the outlet it was “unconscionable” that Feinstein was being “subjected to these ridiculous attacks,” after the passing of her husband in February. The anonymous sources reportedly spoke to The Chronicle before the senator’s husband died.

“The last year has been extremely painful and distracting for me, flying back and forth to visit my dying husband who passed just a few weeks ago,” Feinstein said in a statement to the outlet. “But there’s no question I’m still serving and delivering for the people of California, and I’ll put my record up against anyone’s.”

Feinstein’s office did not immediately respond to the Daily Caller News Foundation’s request for comment.