Thousands of foreign fighters have gone to Ukraine to aid in the war against Russia. Sometimes joining the war and getting access to weapons is as easy as crossing the border, foreign fighters told the Daily Caller.

Approximately 20,000 people are believed to have responded to Ukrainian President Volodymyr Zelenskyy’s call on foreign fighters to join Ukraine’s International Legion, a unit within the Ukrainian Defense Ministry. Some Americans and Canadians, however, are joining the war independent of registering with the Ukrainian military.

Marine Corps veteran Brian Altamirano said he applied for Ukraine’s International Legion, but decided against it after realizing that most of the time joining requires a contract and the members almost never see combat in the front lines.

Instead, he decided to independently “freelance” with a group of American veterans on the ground in Ukraine. The veterans knew how to get to the front lines and had connections, he told the Daily Caller.

To get into Ukraine, Altamirano said he just went to the Poland-Ukraine border with a group of U.S. veterans and presented his passport. (RELATED: EXCLUSIVE: We Interviewed Americans Going Into War Zone In Ukraine. Here Are Their Plans)

Altamirano set up his will before traveling, he said. He’s 29-years-old and is currently studying at Columbia University.

“There’s a possibility that I will never make it back to the United States,” he said.

“In the military, there’s a concept of a calling. It’s the idea of something grasping you, and an inner desire to do something more … I was compelled to do more than just care packages,” he added.

He and his team are teaching Ukrainian soldiers American military tactics in southern Ukraine, including how to walk in columns, surveying rooms, how to fight when there are civilians around, use certain weapons and provide medical aid, Altamirano said. Some of the Ukrainian soldiers are civilians who are volunteering to go to the front lines and have zero experience, he added.

“We are trying to get our hands on a Javelin … so we can teach people how to use that as well,” he said. 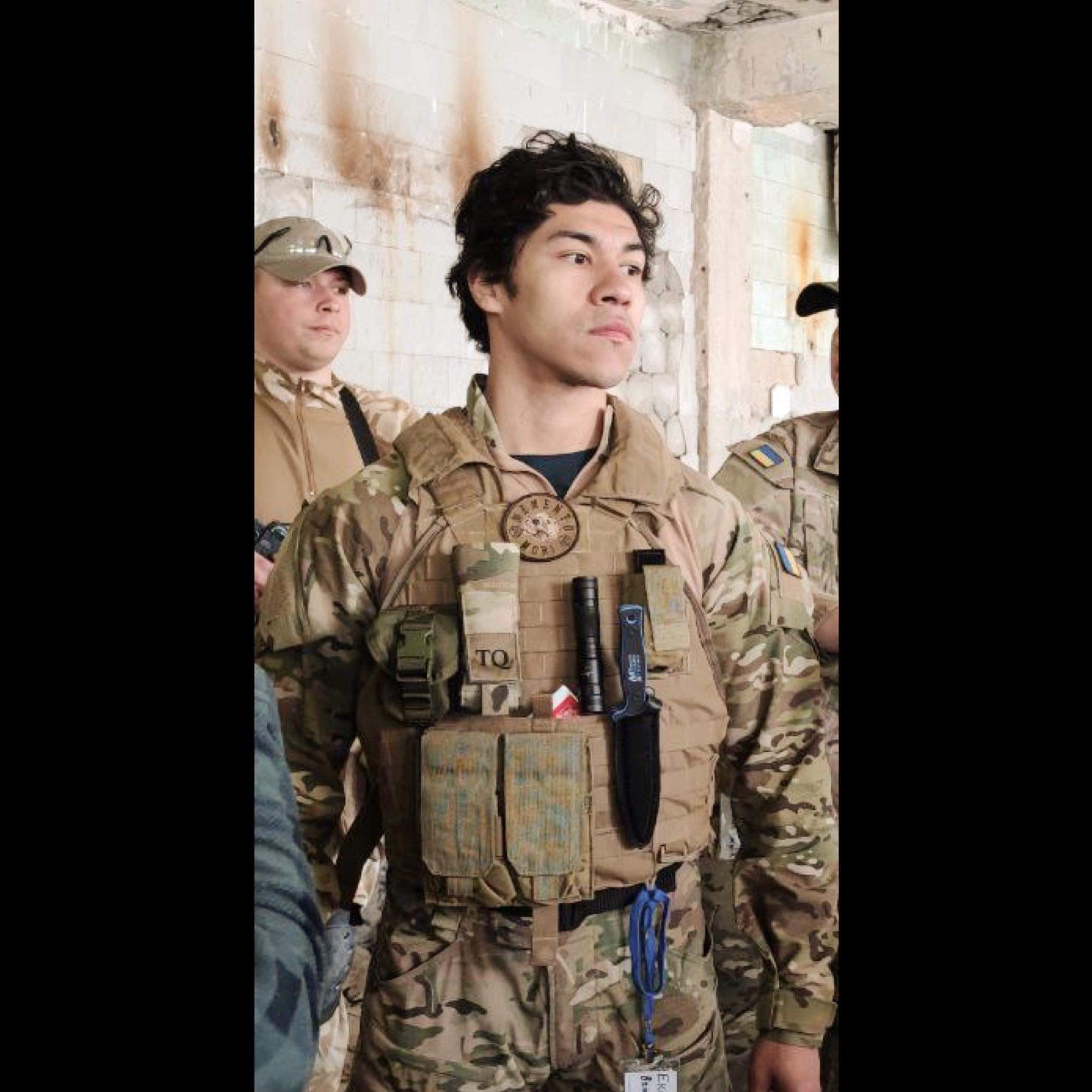 There have been casualties of Ukrainian soldiers from his team and what he has seen has been “horrible,” he added.

“When it comes to combat, it’s something you have to experience in order to truly understand it,” he said, noting that a lot of members of the U.S. military would not be ready for fighting the Russians. (RELATED: EXCLUSIVE: ‘Not Iraq, Not Afghanistan’: Veteran Describes Why Americans Are Eager To Fight In Ukraine)

Altamirano said his group will be moving further east to fight with a Ukrainian militia, since the military has “a lot of cautionary things to prevent us from engaging with the enemy in a faster way.”

A former Canadian sniper that goes by the nom de guerre “Wali” and 38-year-old U.S. veteran Carlos Jones are also volunteering to fight on Ukraine’s front lines independent of registering with the Ukrainian military.

Wali gained prominence after posts on Russian social media allegedly falsely claimed that he was the deadliest sniper in the world and that he had died fighting in action, according to CBC news. He debunked his death by reappearing in an interview, saying, “I’m pretty much the last person to know about my death,” and that didn’t have his cellphone with him when the rumors started spreading.

Former Canadian Armed Forces sniper “Wali” says he was the last to learn of his own death in Ukraine. Spoke to him this am. He returned from battling Russian forces on the frontlines in the Kyiv region & learned about a Russian disinformation campaign declaring he was killed. pic.twitter.com/XTIbgemPGT

Wali and Jones met with the help of a mutual connection and started interacting via group chat to join a Ukrainian military unit together. Wali is a sniper and Jones came to Ukraine as a medic, but has also served as an infantryman on the front lines.

“I basically have no paperwork done here,” Wali told the Daily Caller. “I’m here with a visa and a weapon.”

Being independent of the international legion is “better” because you’re “more free” Jones and Wali said, but sometimes presents itself as a negative when going through military checkpoints in the country.

“Going through the foreign legion process is very, very slow, so I think a lot of the guys are realizing that too that want to go now, because they won’t hear anything back for weeks,” Jones said, noting that he applied but went into Ukraine independently.

When crossing the border into Ukraine, “it’s like any customs, they put a stamp. It was very easy,” Wali said. Getting weapons is equally as easy if you know Ukrainian soldiers, Wali and Jones said, adding that they get their supplies from “anywhere and everywhere,” including tanks and drones.

Some foreign fighters have quit because they have to accept that it’s going to be chaos, and sometimes there are not enough weapons, Wali said. The language barrier and fighting in fields are some of the main problems that they have had to overcome, they both added.

“There is very little tree coverage and you can’t see the tanks in the distance, but they can see you” when you’re in the fields, Jones said.

A Ukrainian soldier in the same unit as Wali and Jones who goes by “Artem” told the Daily Caller that his team responds positively to foreign fighters, because “there is always something to learn,” since they have “a totally different approach to war.”