The “Hillbilly Elegy” author garnered 23% of primary voters, compared to 18% for former Ohio Treasurer Josh Mandel, 13% for businessman Mike Gibbons, 11% for State Sen. Matt Dolan and 6% for former Ohio GOP chair Jane Timken, according to the Fox News poll. Vance’s percentage was a 12-point increase from March, when he trailed both Mandel and Gibbons.

“It’s great to have a public poll showing JD in a winning position. The only poll that matters, though, is the one on Election Day. We are confident JD will be the Republican nominee,” Taylor Van Kirk, press secretary of Vance’s campaign, told the Daily Caller News Foundation in a statement.

Trump endorsed Vance on April 15, wading into the primary despite the objections of the Ohio Republican Party and the author’s criticism of the former president during the 2016 presidential election. Respondents said they prioritized a candidate’s electability in the general election over their support for Trump, though Vance was the top choice among both groups.

“The race is obviously close, and this is clearly a case in which an endorsement has made a difference,” Republican pollster Daron Shaw, who conducted the Fox News poll alongside Democrat Chris Anderson, told the outlet. 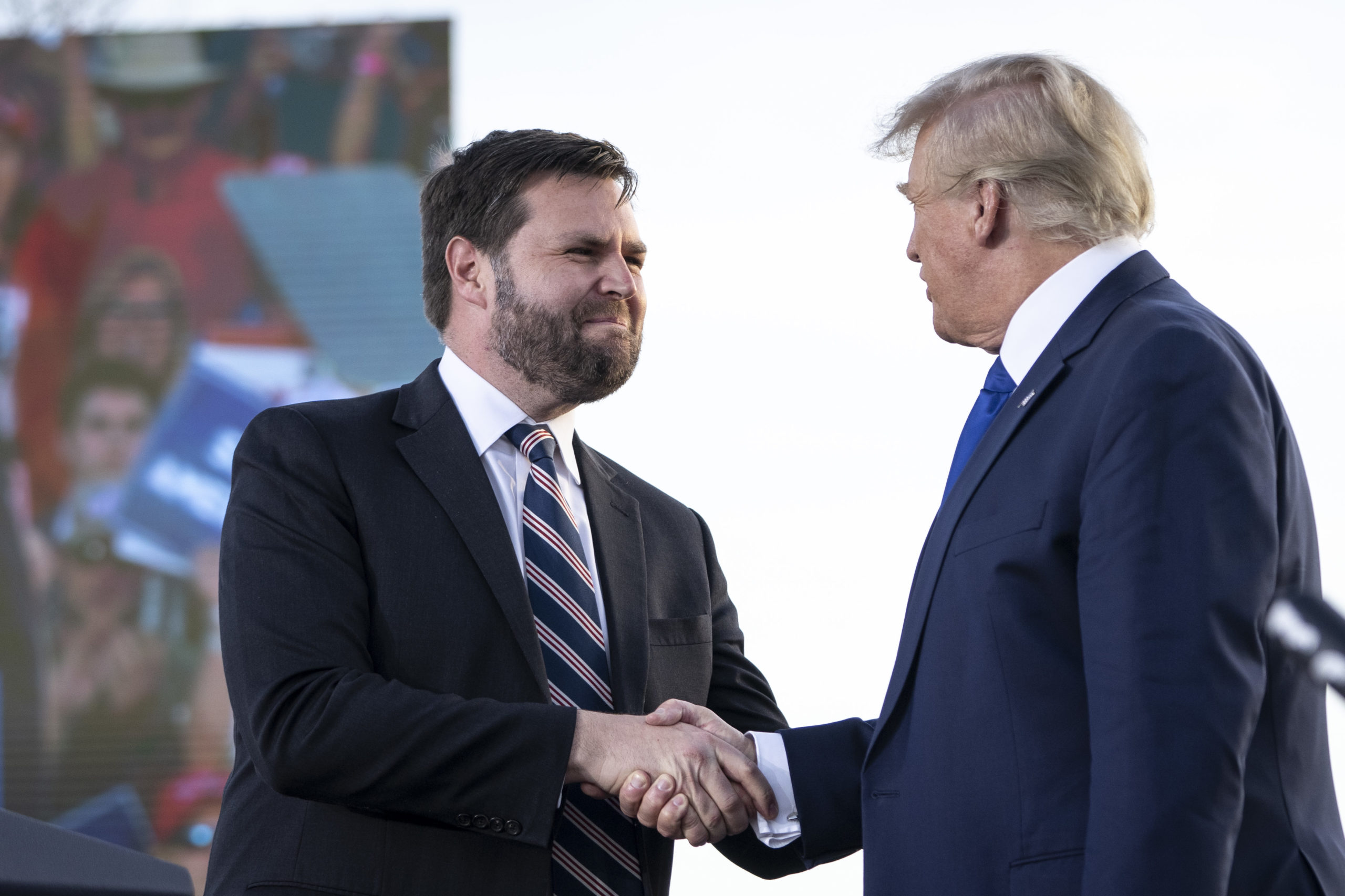 J.D. Vance, a Republican candidate for U.S. Senate in Ohio, shakes hands with former President Donald Trump during a rally hosted by the former president at the Delaware County Fairgrounds on April 23, 2022 in Delaware, Ohio. (Photo by Drew Angerer/Getty Images)

“With support spread out among five candidates who are pretty similar in policy terms, the bump that comes with Trump’s blessing is enough to jump Vance to the head of the pack,” he said. (RELATED: Trump’s PAC Makes Its First Big Donation For 2022)

A sizable 25% of primary voters are still undecided, up one point from the March poll and larger than any of the other candidate’s support, according to Fox. A majority indicated they were open to changing their candidate preferences.

“Like some others, J.D. Vance may have said some not so great things about me in the past, but he gets it now, and I have seen that in spades,” Trump said in a statement announcing the endorsement.”

The Fox News poll was conducted among 906 Ohio Republican primary voters between April 20-24 with a 3% margin of error.