McCarthy met with Manish Bapna, the president and CEO of the environmental group the Natural Resources Defense Council (NRDC), at the White House on Oct. 25, 2021, according to official visitor logs, the letter said. But McCarthy, who is President Joe Biden’s top climate adviser, previously served as the NRDC’s president and CEO in 2020, preceding Bapna, according to the letter.

The Republicans, led by Oversight Committee Ranking Member James Comer and Environment Subcommittee Ranking Member Ralph Norman, warned in their letter that the meeting might be a violation of the administration’s ethics pledge. Shortly after taking office in January 2021, Biden unveiled the ethics pledge which included a “Revolving Door Ban,” prohibiting appointees from participating “in any particular matter” involving parties directly and substantially related to their former employer.

“Meeting with your former employer raises concerns that senior level Administration officials are not taking their ethical obligations seriously,” the GOP lawmakers wrote to McCarthy. “In order to ensure that you are following the law and the Biden Ethics Pledge, we request that you provide documents and information regarding any meetings you have had with your former employer as well as any ethics counseling you have received related to your employment.” (RELATED: Biden Admin Stalls Natural Gas Pipeline At The Behest Of Environmental Activists) 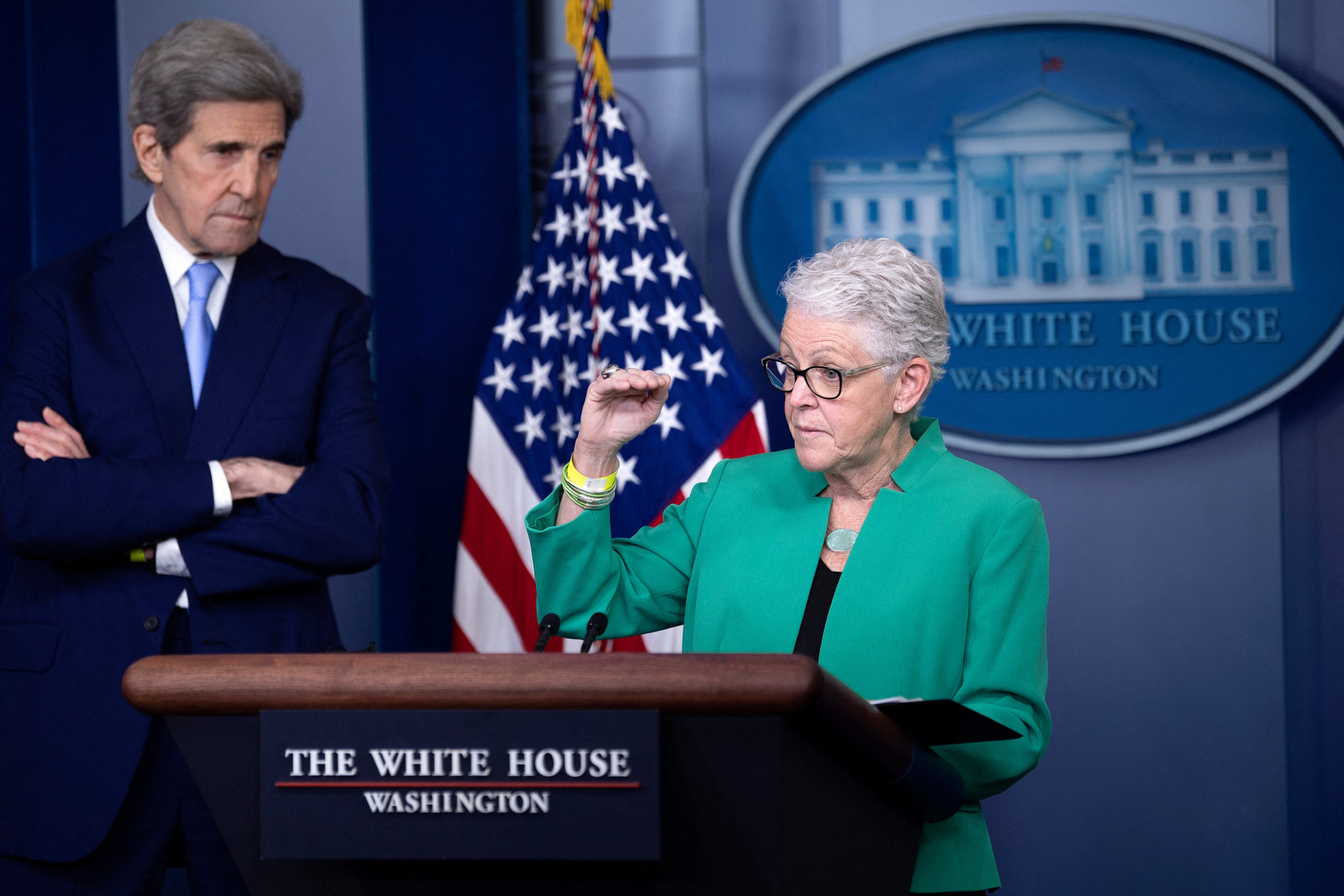 The ethics pledge implemented the restriction on all such meetings within two years of officials’ appointments. McCarthy’s October meeting with NRDC took place about nine months following her appointment as the lead White House climate official.

The ethics pledge implemented the restriction on all such meetings within two years of officials’ appointments, the letter said. McCarthy’s October meeting with NRDC took place about nine months following her appointment as the lead White House climate official, according to the letter.

“Every meeting you attend, including the October 25, 2021, meeting with the NRDC CEO, falls under the purview of the Biden Ethics Pledge, raising concerns that you may have violated the pledge,” they continued.

McCarthy, who led the Environmental Protection Agency between 2013-2017 during the Obama administration, has coordinated much of the administration’s climate policies over the last 15 months. However, the president’s climate agenda has largely stalled and McCarthy was recently rumored to be on her way out of the White House, E&E News reported.