The average price of gasoline ticked up to $4.19 a gallon on Monday, remaining near its all-time high of more than $4.30 per gallon set in April, according to Energy Information Administration data.

“As a candidate, President Biden was very, very clear that he had a different energy vision than the vision of energy independence — even energy dominance — that Trump had,” Bernhardt told the Daily Caller News Foundation in an interview.

“President Biden campaigned with a very different vision,” he continued. “His vision, I think to say fairly, would be a vision of climate activism over energy independence or energy dominance.” (RELATED: Biden Admin Says Oil Production Is At Historic Levels. But There’s One Problem)

Bernhardt added that Interior Secretary Deb Haaland has filled the DOI with “some of the most activist folks that could have possibly been chosen.” He said the agency is largely crafting energy policies based upon Biden’s directives. 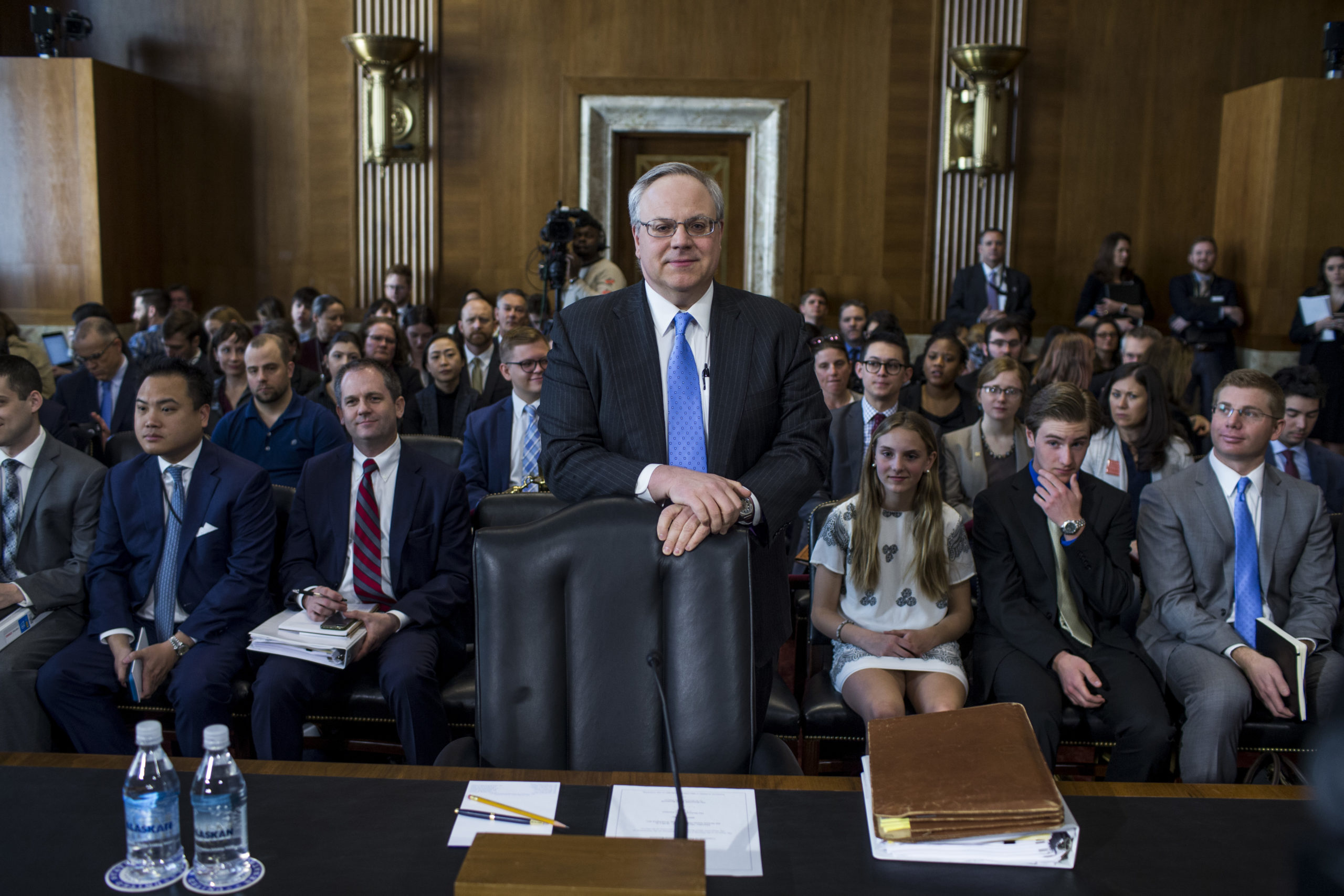 Shortly after taking office in January 2021, Biden issued a series of climate-related executive orders, canceling the Keystone XL pipeline permit and issuing a moratorium on new federal oil and gas leasing, following up on a campaign promise to “get rid of fossil fuels.” The Biden administration has yet to hold an onshore lease sale even after a federal court ruled the moratorium was illegal.

“I’m hopeful that these steps will help make clear that we, as a Department, have a mandate to act,” Haaland said at the time.

But Bernhardt pointed to both the lack of drilling and decline in applications for permit to drill (APD) issued by the Biden administration.

“If you look at the number of APDs issued in December 2020 and then compare that to December of 2021, you will see a nearly 80% reduction in APDs issued even though over 4,000 APD requests,” Bernhardt told the DCNF. “And if you look at the length of time it currently takes to do the processing of APDs and let’s say you looked at it between fiscal year 20 and fiscal year 21, you will see a lengthening.”

The U.S. increased domestic oil production during the Trump administration from 8.9 million barrels of oil per day to nearly 13 million barrels of oil per day between 2016-2019, according to Energy Information Administration data. The nation became a net exporter of total energy in 2019 — factoring in oil, coal and natural gas trade — for the first time in nearly eight decades.

The U.S., though, is projected to return to net oil importer status under the Biden administration in 2022. Production has decreased since November to about 11.3 million barrels a day.