Stacey Abrams could lose her second attempt at becoming Georgia’s governor even if Democratic Sen. Raphael Warnock wins reelection, due in part to her status as a liberal superstar.

Warnock led his likely general election opponent, Republican Herschel Walker, by 5 points, while Abrams trailed incumbent Republican Gov. Brian Kemp by 5 points, according to a SurveyUSA poll released Thursday. The discrepancy, according to Lakshya Jain, an election analyst who writes for Split Ticket, is due to the perception that Abrams is more liberal than Warnock.

“Abrams under-runs Warnock in basically every single one of these suburbs and we see it in every single poll,” Jain told the Daily Caller News Foundation. “It has to do with the fact that he’s viewed as less extreme by the electorate less liberal … and the fact that … he’s not running against an incumbent, he is that.”

“She said that the election was done unfairly in Georgia, which did not really endear her to a lot of Georgia suburbanites,” he added. “This was not a good move if you wanted to run again in Georgia, especially in a cycle like 2022, where a Democratic president is in the White House.”

Jain sees the “median case” in Georgia as a split ticket, where Warnock wins, but Abrams does not. The main reason, he said, is that Abrams became a national figure in the aftermath of her 2018 election loss, while Warnock is still seen as a “Georgia Democrat.”

“Even when Warnock won the Senate people were praising Abrams for her work,” Jain said. “So Stacey Abrams became this type of like, big, Democratic hero on the left, and that comes with some costs.”

Abrams’ net worth when she first ran for governor was only $109,000, but has now ballooned to $3.17 million, according to the state disclosures she filed in March, the Associated Press reported. 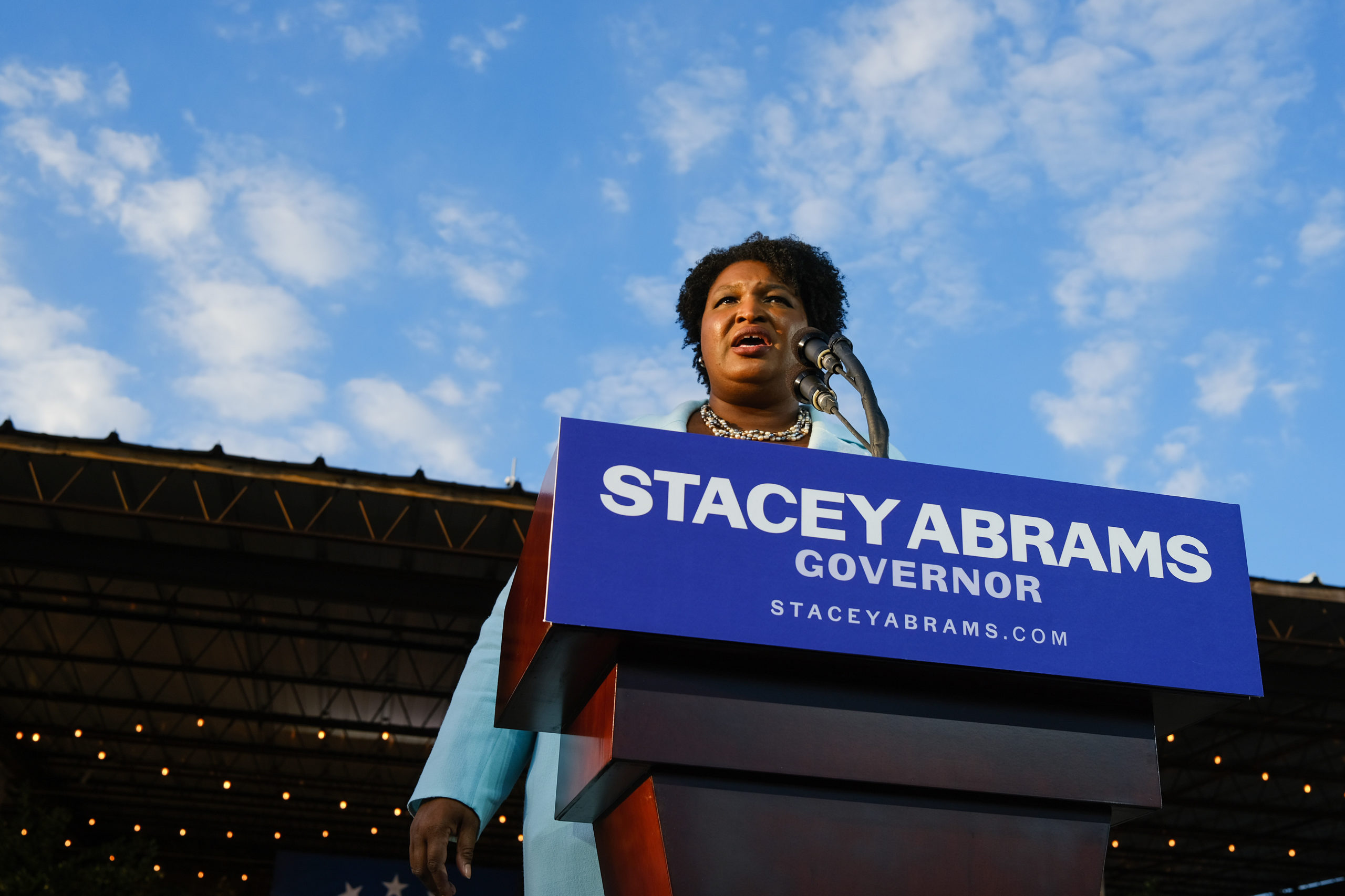 The discrepancy between Abrams and Warnock can be seen in their support from different demographics. In the SurveyUSA poll, Warnock does better with both white and black voters by 10%, which Jain partially attributed to Abrams’ appearing more radical.

Walker, meanwhile, is “not even from Georgia,” Jain said. “He said a lot of crazy things. He’s basically been Trump’s number one lieutenant and Georgia didn’t even vote for Trump.”

“Herschel Walker is just a disaster of a candidate and national Republicans have been worrying about this for a long time,” he said.

The strength of Kemp as an incumbent, despite a primary challenge from Trump-backed former Republican Sen. David Perdue is also a factor. Jain noted the governor is “pretty decently popular with the Atlanta suburbanites that he needs to hold the line with.”

Kemp has led in the polls by healthy margins, despite Trump’s frustration with the governor for refusing to overturn President Joe Biden’s 2020 victory in Georgia based on unproven claims of massive voter fraud. From Jain’s perspective, Kemp’s distance from Trump is a net positive, not negative.