Haaland appeared before the Senate Energy and Natural Resources Committee to speak about the administration’s 2023 budget proposal. Democratic West Virginia Sen. Joe Manchin, the committee’s chairman, and Republicans on the panel proceeded to grill Haaland on gasoline prices and the administration’s hostile approach to oil and gas drilling.

“Secretary Haaland, the bottom line is that you have the ability to make some of the changes we’ve recommended [to the federal oil and gas leasing program],” Manchin told the interior secretary. “There are practical changes that should’ve been made by now. You don’t need us. You can look at [the program] and review it, and if we think you’re out of bounds we’ll pull you back in.”

The administration has failed to issue a single onshore oil and gas lease or award a single offshore lease since taking office 16 months ago. The Department of the Interior (DOI) canceled all remaining offshore leases on May 11 and, on April 15, the agency modified the federal onshore program, significantly restricting how much land could be leased to private drillers. (RELATED: Biden May Not Hold Any Offshore Oil And Gas Leases Until The End Of His Term, Industry Group Says)

Industry groups and Republicans have repeatedly implored the administration to end its hostility toward fossil fuels and incentivize more domestic drilling amid the Ukraine crisis which has disrupted the global energy market. Total domestic oil production has declined for three consecutive months and is nearly 13% lower than its 2019 peak, according to federal data.

“We have worked to do our job, we’re following the science, we’re following the law,” Haaland said in response to Ranking Member John Barrasso’s questions. “With respect to the reforms we made, I feel very — I take my job very seriously. It’s my job to manage and conserve all of our public lands for every single American. Those things are all taken into consideration, considering the climate crisis that we’re in.” 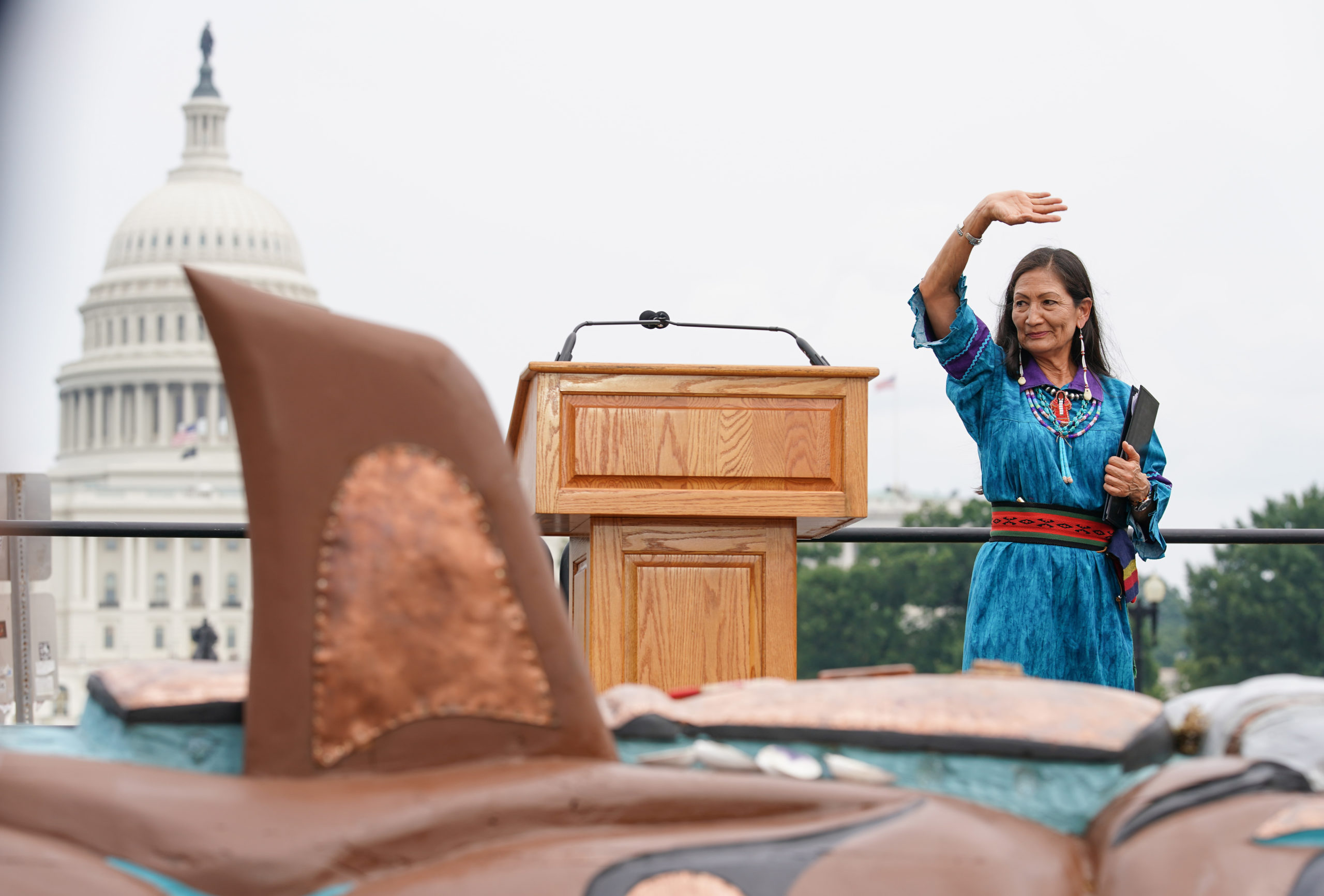 Barrasso noted that the DOI’s scheduled late June oil and gas lease sale in Wyoming only included parcels that have minimum value and are expected to produce little energy.

“We speak to people on the ground. We have an idea of where those leases should happen,” Haaland responded. “There is a science behind it.”

Later in the hearing, Haaland also struggled to answer a question about what the administration’s plan was to lower gasoline prices and if pump prices were “too high.” The average price of gas hit $4.59 per gallon Friday, the highest level ever recorded, AAA data showed.

“I’ve been driving since I was about 18 so I know that we’ve had other — you know, I remember back when there were lines out the gas stations and that kind of thing,” Haaland said.

“We’re doing all we can,” she continued.

While the hearing was taking place, the DOI issued a press release giving an update on the federal offshore leasing program. Manchin confronted Haaland on how the announcement didn’t guarantee new drilling would be authorized under a forthcoming leasing plan.

“My God, this shuts it down. This shows what your intent is,” Manchin said. “So they’re doing the proposal but it doesn’t guarantee they are going to do any leasing at all.”

“Chairman, what I can say is that I believe it is saying that it’s the plan that’s coming out,” Haaland responded.

The Department of the Interior did not immediately respond to The Daily Caller News Foundation’s request for comment.