Sanders’ only opponent on election day was Doc Washburn, a former conservative radio talk show host. State Lieutenant Governor Tim Griffin and Attorney General Leslie Rutledge, dropped out of the race before election day, with the former choosing to leave the race only two weeks after Sanders’ announcement.

Her campaign reported massive fundraising hauls over the course of the race, bringing in more than $14 million between her announcement and April 2022, the Associated Press reported. She had almost $7.4 million on hand as of April. 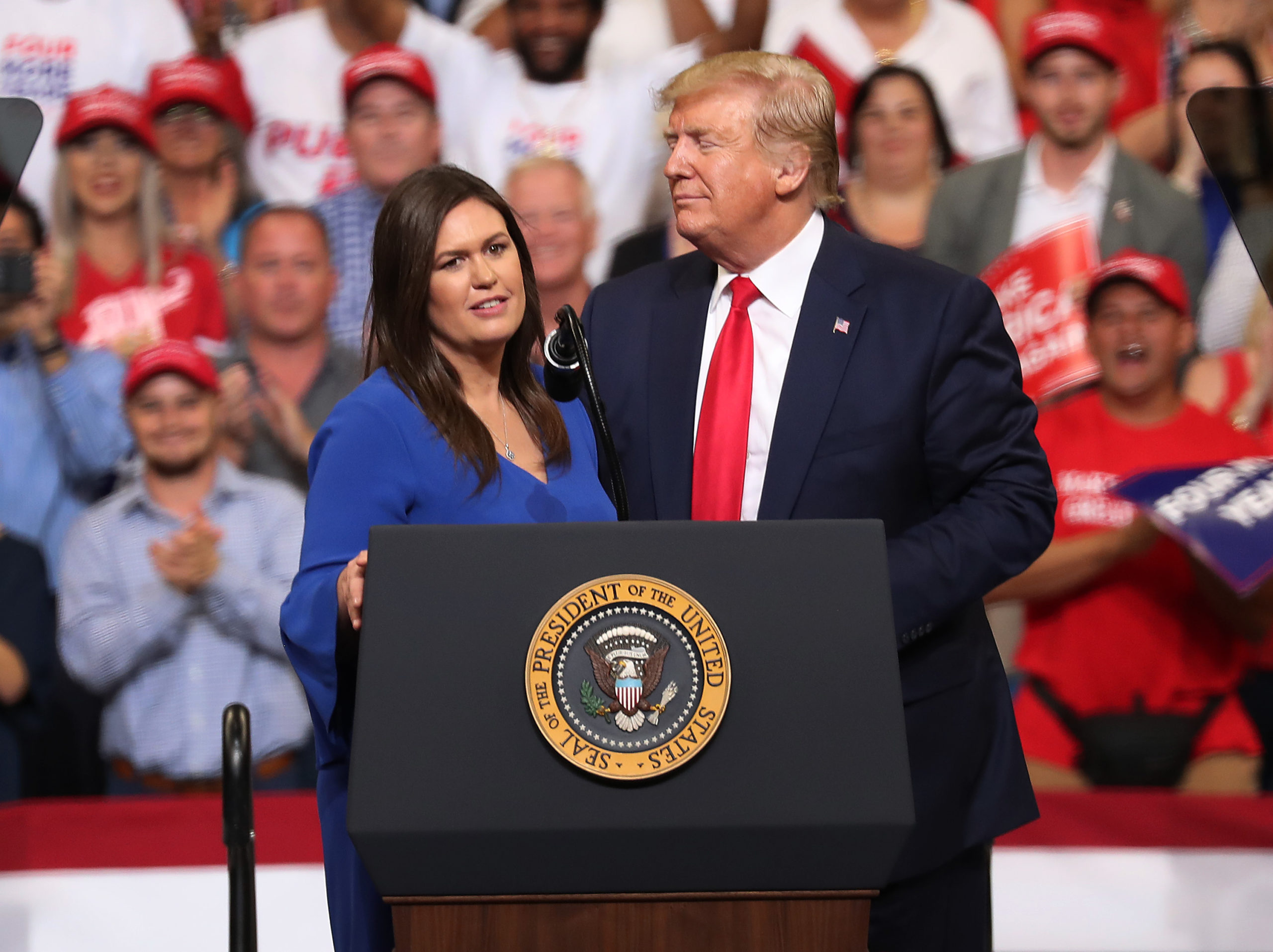 U.S. President Donald Trump stands with Sarah Huckabee Sanders, who announced that she is stepping down as the White House press secretary, during his rally where he announced his candidacy for a second presidential term at the Amway Center on June 18, 2019 in Orlando, Florida. (Photo by Joe Raedle/Getty Images)

“Sarah Huckabee Sanders is a warrior who will always fight for the people of Arkansas and do what is right, not what is politically correct,” Trump said in his endorsement. (RELATED: These Are The States Where Trump’s Endorsement Actually Matters)

“I’ve known Sarah Huckabee Sanders most of her life and know firsthand her love for our state and her heart for public service,” Hutchinson said in his endorsement announcement. “Sarah has earned the Republican nomination and I’m delighted today to endorse her for Governor. The state of Arkansas will be in good hands with Sarah as Governor, and she has my full support.”

Sanders is the daughter of former Republican Arkansas Gov. Mike Huckabee, who was in office between 1996 and 2007. He ran for president in 2008 and 2016 but lost the GOP primary to former Arizona Sen. John McCain and Trump, respectively.