Biden is reportedly set to travel to the Middle East in July, and this move may be signal that he wants to establish better a better U.S.-Palestinian relationship.

Trump recognized Jerusalem as the capital of Israel in December of 2017, and moved the U.S. embassy from Tel Aviv to the contested city. 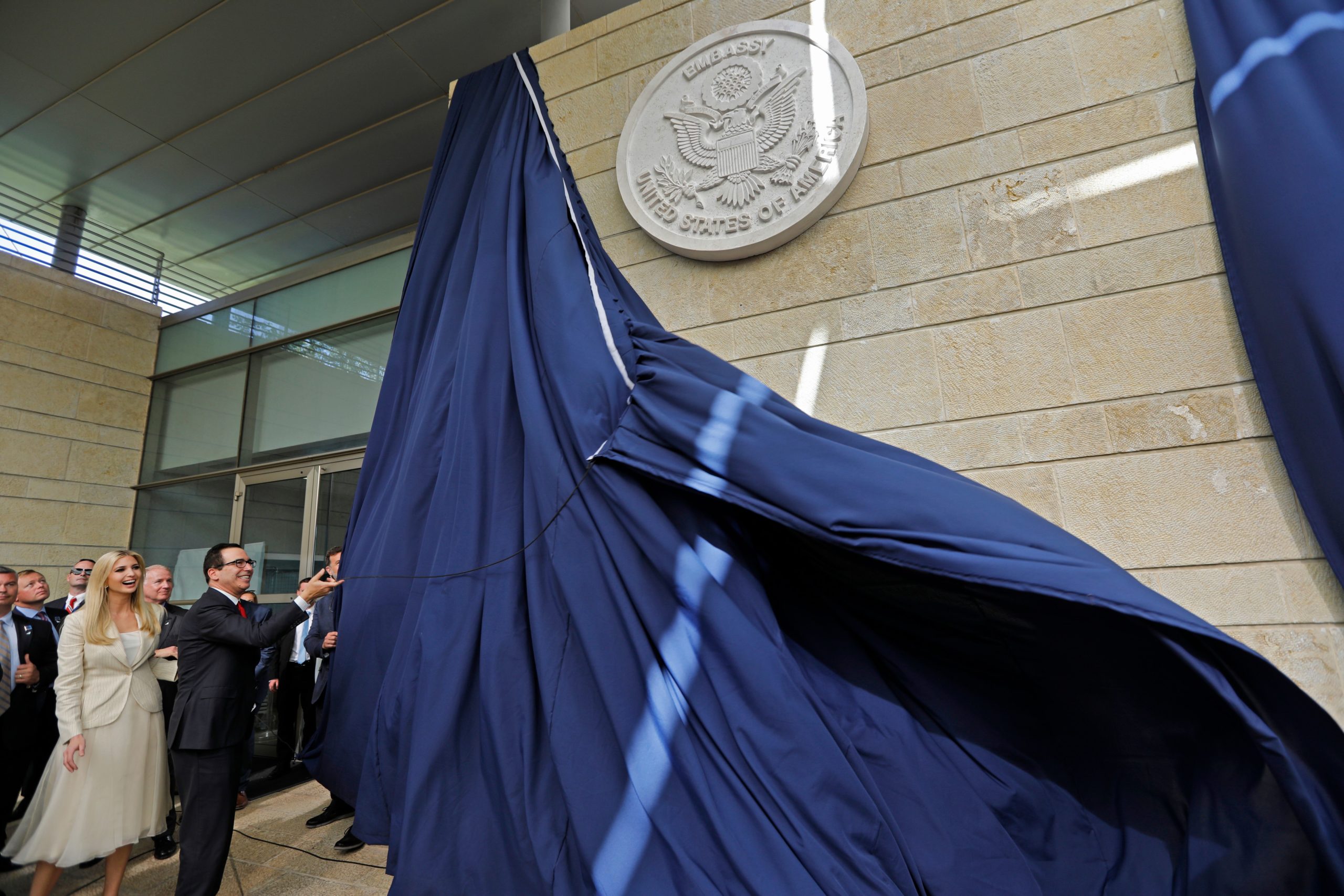 TOPSHOT – US Treasury Secretary Steve Mnuchin and US President’s daughter Ivanka Trump unveil an inauguration plaque during the opening of the US embassy in Jerusalem on May 14, 2018. – The United States moved its embassy in Israel to Jerusalem after months of global outcry, Palestinian anger and exuberant praise from Israelis over President Donald Trump’s decision tossing aside decades of precedent. (Photo by Menahem KAHANA / AFP) (Photo credit should read MENAHEM KAHANA/AFP via Getty Images)

“Today we finally acknowledge the obvious: that Jerusalem is Israel’s capital,” Trump said. “This is nothing more or less than a recognition of reality. It is also the right thing to do. It’s something that has to be done.”

Trump also closed the Palestine Liberation Organization’s mission in Washington, D.C., in 2018. (RELATED: ‘I Don’t Understand’: Parents Of Slain US Veteran Call Out Biden For Reportedly Giving Aid To The Palestinian Authority)

The former president then closed the Jerusalem Consulate General in 2019, severing a link between Palestinians and Washington, D.C. The consulate’s work was then transferred to be included in the U.S. Embassy’s work in Jerusalem.

On Tuesday, the U.S. Embassy in Jerusalem said Israeli visa applications are postponed, and new Israeli applications for U.S. visas are to resume in 2023.

A message from the Chief of the Non-Immigrant Visa Unit in Tel Aviv on planned rescheduling of visa appointments originally scheduled for August and early September. pic.twitter.com/7LK73kdwZO

Biden is also weighing the possibility of meeting with Saudi Arabia’s Crown Prince Mohammed bin Salman after he ordered the murder of Washington Post journalist Jamal Khashoggi, a move that is scrutinized by fellow Democrats, according to Politico.