World leaders at the Group of 7 summit in Germany signaled they will turn back to fossil fuels despite their commitments to a green energy transition thanks to the ongoing energy crisis.

The war in Ukraine is heavily restricting fuel imports, with Russia cutting off European access to the Nord Stream pipeline and the US imposing a fuel embargo on Putin. As a result, the U.S. and European countries are abandoning their climate agenda to return to fossil fuels.

Amid skyrocketing fuel prices, the Biden administration has been forced to abandon certain planks of its climate agenda. Biden called for a temporary increase in domestic fuel production two weeks ago and also asked congress to suspend the federal per-gallon gas tax for three months last week.

“The G7 leaders are pretending that nothing has happened to the green agenda,” Benny Peiser, director of the Global Warming Policy Forum, told The Daily Caller News Foundation. “In reality, if you look at individual member states… it’s quite obvious that the green agenda will be sunk.”

The Biden administration looks to complete its first oil drilling lease sales on onshore federal lands this week, it announced in April. In total the administration plans to sell up to 173 new oil and gas leases.

“Europe is finally waking to the reality that without energy, they are nothing. President Biden continues to blindly stumble along the path they seem to be veering from,” Institute for Energy Research senior vice president Dan Kish told TheDCNF.

European imports of liquified natural gas rose by more than 50 percent compared with the period a year earlier in the first five months of 2022, according to The New York Times. Despite criticism from climate activists, the G7 leaders said increasing natural-gas investment would not jeopardize environmental goals.

“Supply disruptions of oil and natural gas from Russia are going to force European countries to concentrate on avoiding energy calamities—blackouts, energy poverty, freezing to death—and forget about reducing greenhouse gas emissions. Whether they drop the rhetoric of climate as an existential crisis is another matter,” said Myron Ebell, director of the Competitive Enterprise Institute’s Center for Energy and Environment.

The slashing of Russian energy imports is also forcing Europe to neglect its promises to reduce domestic fossil fuel investments. German Economy Minister Robert Habeck, a member of the Green Party, announced last week that the government was instituting a surge in the use of coal-powered plants.

“The global climate agenda has hit the wall of energy reality harder and sooner than expected because of Russia’s war on Ukraine,” Ebell stated.

Coal use has increased across Europe following the significantly reduced supply of natural gas via the Russian Nord Stream Pipeline. As Putin continues to cut off natural gas flows to Europe, Italy, The Czech Republic and Austria are firing up coal plants to prepare for the winter.

“Europe is facing a devastating winter,” Peiser warned. “We are only in the summer where energy consumption is fairly low. Come October and November, the energy crisis will be catastrophic and the political and social implications will be dramatic.”

“These G7 leaders are, of course, the main culprits behind the whole climate agenda and they will never concede that this is part of the problem of the energy crisis. They will never admit that renewables are making their national energy systems more destabilized,” Peiser added. 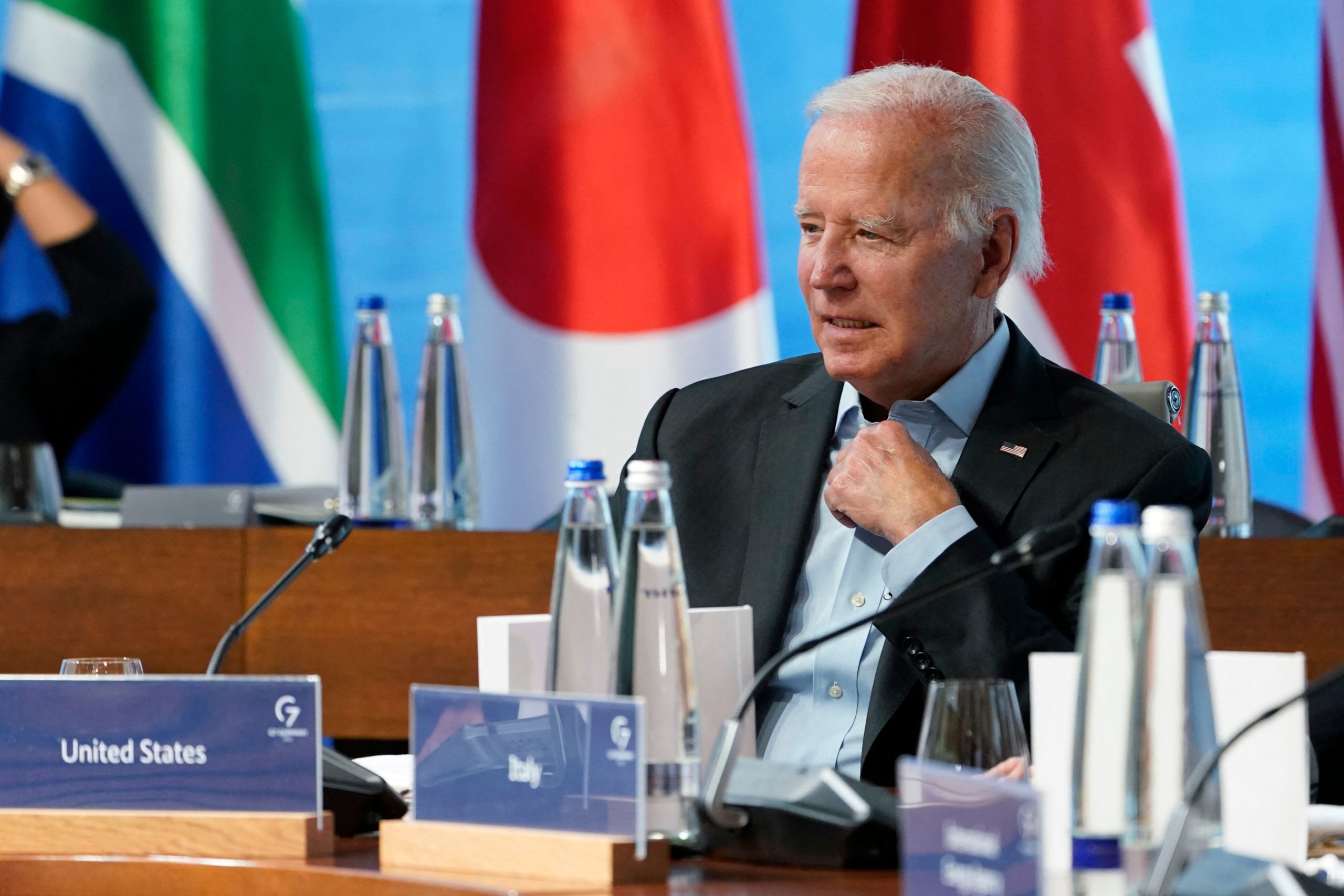 US President Joe Biden reacts at the start of a lunch with Representatives of Seven rich nations (G7) and Outreach guests during their fifth working session about “Investing in a better future: Climate, Energy, Health” on June 27, 2022 at Elmau Castle, southern Germany, during the G7 Summit. -(Photo by SUSAN WALSH/POOL/AFP via Getty Images)

G7 leaders also announced a “Climate Club” to combat climate change and achieve climate neutrality by 2050. They gave sparse information on what the club would actually do, even though they noted that their current climate efforts were insufficient.

A “climate club” is a perfect metaphor for a group of increasingly unserious nations in the midst of an increasingly serious world,” Kish said. “Their unilateral disarmament of their countries under the guise of climate virtue signaling has already led to war and will lead to death, destruction and starvation in the poorer parts of the world,” he said of the G7 leaders.

“It is appropriate that their intellectual guiding light is a teenage girl from Sweden, Greta Thunberg,” Kish concluded.

Renewed reliance on fossil fuels and the uncertainty surrounding the new “Climate Club” are causing G7 leaders to be seen as reneging on previous climate pledges amid fears over energy security.

The White House did not respond to TheDCNF’s request for comment.