Voters are increasingly worried about illegal immigration and say it will affect their vote this upcoming election cycle, according to a new Rasmussen Reports poll released Thursday. A majority of people from the survey said they do not think Biden is doing a good job on the issue.

The poll found 52% of likely U.S. voters think illegal immigration is getting worse, while just 11% think it’s getting better, according to the poll. Sixty-seven percent said President Joe Biden’s handling of immigration was “fair” or “poor.”

The issue of immigration is set to affect voters in November, with 73% saying immigration would be an “important” topic in the elections, while 42% said it would be “very important.” When broken down amongst party lines, 85% of Republicans think the issue will play some role in the midterms, compared to 69% of Democrats and 90% of unaffiliated voters.

The poll was conducted between June 28-29 among 1,000 likely voters and has a +/- 3% margin of error. (RELATED: GRAPHIC: Illegal Migrant Trying To Run Away From Agents Gets Hit And Killed By Car)

The Supreme Court ruled Thursday that the Biden administration can stop the implementation of the Trump-era “Remain in Mexico” policy. The policy forced migrants to wait in Mexico as their asylum cases were being processed. 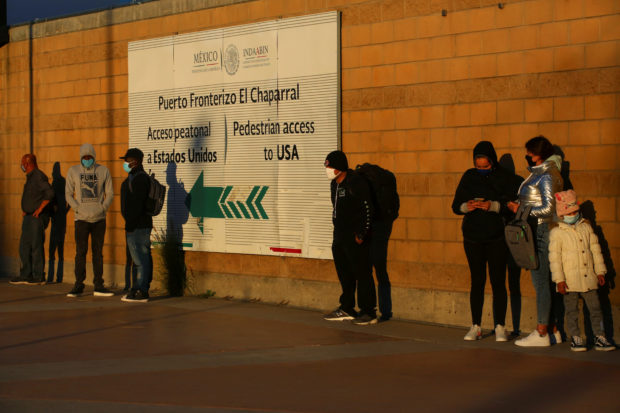 The border has seen an influx of migrants, with at least four human smugglers arrested earlier in the week after smuggling in dozens of illegal migrants in a tractor-trailer. Fifty-three of those migrants were found deceased.

MSNBC’s Joe Scarborough criticized progressives for their stance on immigration, saying the tragedies will continue to happen so long as the U.S. “keeps sending the message” that the nation does not “have laws.”

“There’s also nothing progressive about encouraging migrants to risk their lives going across the desert to come into the United States illegally,” Scarborough added.