The Democratic-controlled state of California spent millions on diversity, equity and inclusion (DEI) initiatives in the past several years, according to a report released Tuesday.

The report by The Center for Organizational Research and Education (CORE), a consumer protection nonprofit, examined about 400 public records requests to local and state governments as well as K-12 school districts and higher education institutions. California spent roughly $497 million on DEI activities between mostly 2020 and 2022 and years prior, according to CORE.

“DEI spending is out of control,” Will Coggin, a researcher for CORE, said in a statement to the Daily Caller News Foundation. “The people of California are footing the bill for diversity consultants, equity authors, and inclusion officials to rake in millions. With hundreds of millions already spent and potentially billions more to come, it’s a feeding frenzy funded by taxpayers.”

For instance, California’s Department of Fish and Wildlife spent close to $50,000 for “racial equity” workshops and trainings for employees between 2019 and 2021, according to the report. The state’s Department of Conservation spent around $180,000 on DEI initiatives for the fiscal years 2020 and 2021, the report says. (RELATED: Newsom-Backed Racial Reparations Report Calls For Minimum Wage Hike Amid Record Inflation)

CORE explains in its report that it sent requests to 391 California entities and got 271 responses. The report makes a distinction between “direct” spending, which it says refers to where a majority or the entirety went towards DEI goals,” and “adjacent” spending, which it says refers to “spending that the entity deemed responsive to our DEI-inquiries, but lacked clarification as to how much of the spending exactly went towards DEI goals.”

A spokesman for Democratic California Gov. Gavin Newsom told the DCNF The Golden State does “it differently” unlike other states that “erase slavery from history books.”

“We’re proud to be the most diverse state in America – we don’t just tolerate that diversity, we celebrate it,” said the spokesman. “So instead of engaging in clickbait culture wars, we’re going to stay focused on educational excellence and economic growth.” 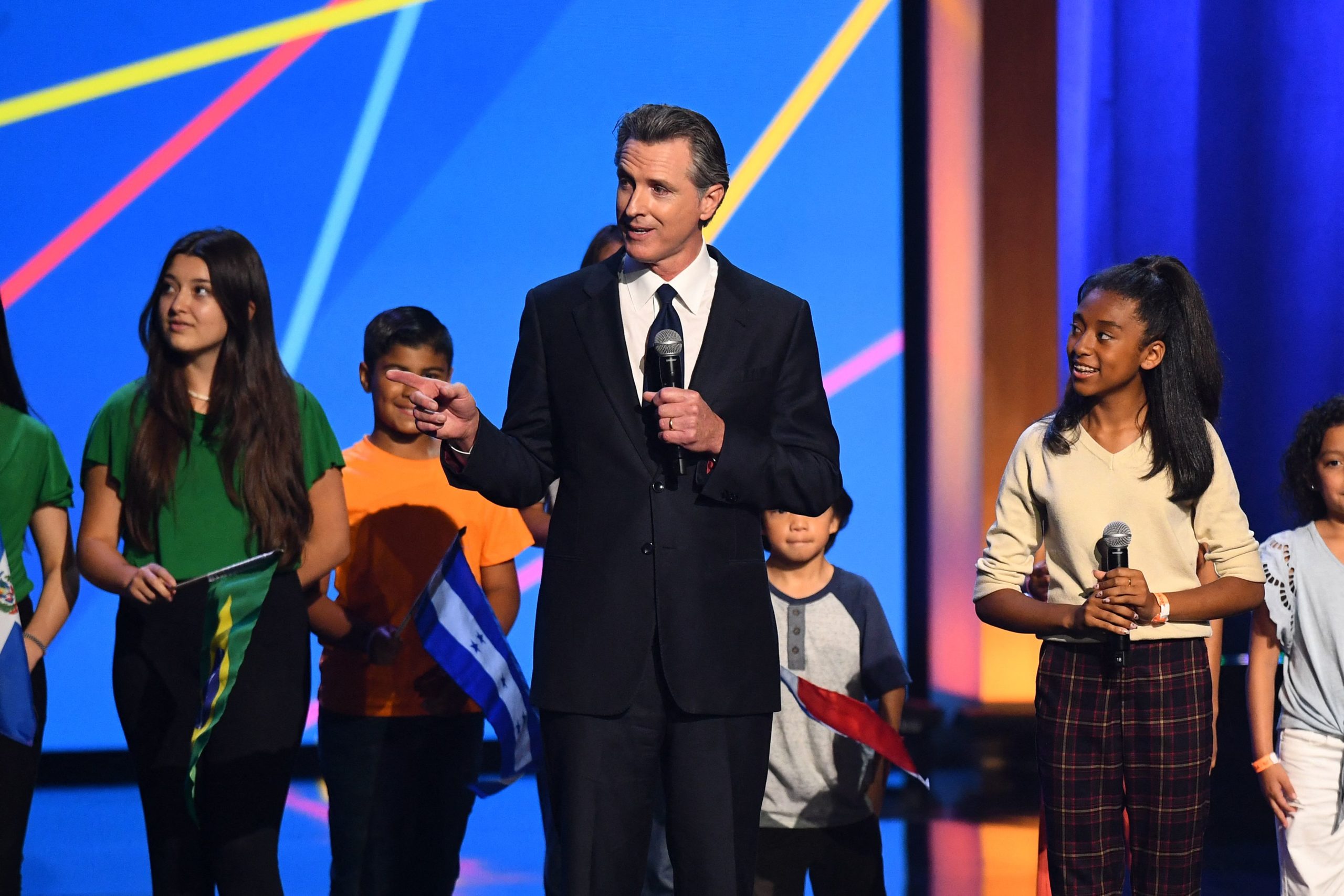 California Governor Gavin Newsom speaks during opening ceremony of the the 9th Summit of the Americas at the Los Angeles Convention Center in Los Angeles, California on June 8, 2022. (Photo by Patrick T. FALLON / AFP) (Photo by PATRICK T. FALLON/AFP via Getty Images)

Jon Matthews, chairman of the California Conservative Party, told the DCNF his state’s spending on DEI is “infuriating.”

“It just seems like the COVID-19 pandemic opened the door for everything else,” said Matthews. “This is all part of this ongoing endeavor to eradicate any parental authority in raising children and allowing the state to takeover, and say, basically, ‘we as a government know what’s better for your kids than everybody else.'”

The report was first obtained by Fox News.

“As a result, we believe our assessment of ‘direct’ and ‘adjacent’ spending according to the responses we received is a conservative estimate of the total scope of DEI spending in California, and likely minimizes the true expanse of DEI spending in the state,” said the report. “Given the additional outstanding requests, we believe this total number is likely much larger in reality.”