The Biden administration sold nearly six million barrels of oil from its Strategic Petroleum Reserve (SPR) since July 2021 to a Chinese state-run energy firm, according to a Daily Caller News Foundation review of Department of Energy (DOE) data.

From July 2021 until the end of June 2022, Biden’s energy department auctioned off 5.9 million barrels of strategic reserve oil to Unipec, the trading division of the Chinese state-owned Sinopec, in an effort to increase the supply of oil globally and drive down fuel costs in the U.S. that were exacerbated by the war in Ukraine and Biden’s climate policies. SPR oil is sold to the highest bidder, and some of the businesses entitled to make bids are American subsidiaries of foreign corporations like Unipec. (RELATED: EXCLUSIVE: Sen. Josh Hawley Calls For Investigation Into Biden Admin’s Strategic Petroleum Reserve Releases To China)

The DOE sold four million barrels to Unipec in the fall of 2021, almost six months before Russia’s invasion of Ukraine, making over $252 million from the sale, according to the FY22 Emergency Drawdown No. 2 Successful Awards Report. Each barrel was sold on average for roughly $63, or over eight dollars less than the average price of oil per barrel that month.

“I think it takes a bad policy and makes it worse,” Ben Lieberman, a senior fellow at the Competitive Enterprise Institute, told the Daily Caller News Foundation.

“The idea of tapping into the Strategic Petroleum Reserve rather than maxing out on American drilling was foolish from the start, it’s like taking out a loan instead of going out and earning more money,” he continued. 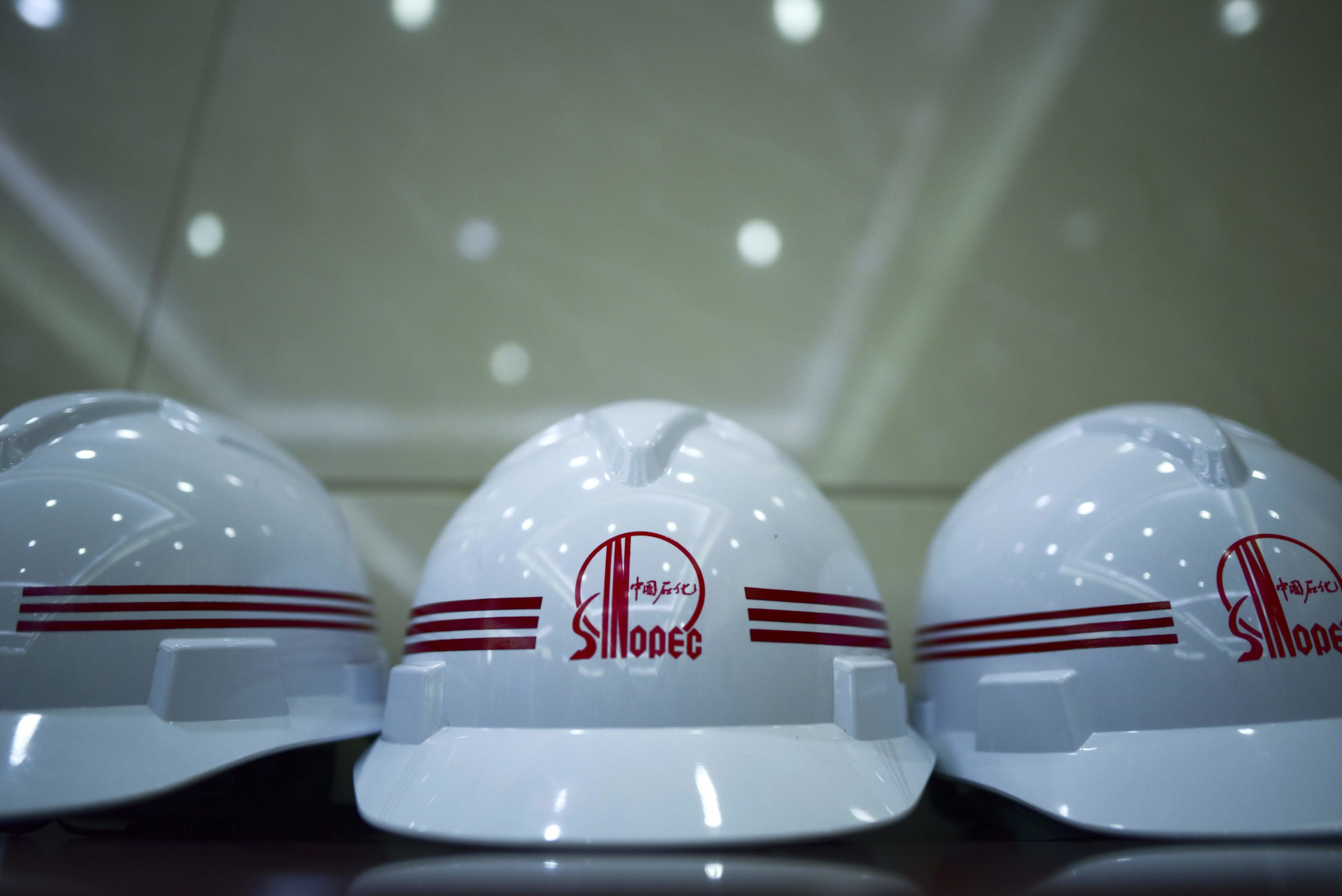 Helmets are displayed on the cabinet in the Safe Production Command Center of the Sinopec Yanshan Petrochemical Company (SYPC) during a tour arranged by the State Council Information Office in Beijing on May 25, 2018. (Photo by WANG Zhao / AFP) (Photo credit should read WANG ZHAO/AFP via Getty Images)

In July 2022 the DOE sold 950,000 barrels to Unipec for roughly $113 million, according to the FY22 Emergency Drawdown No. 3A Successful Awards Report. While the Biden administration claimed the sales will help the U.S. fight “Putin’s price hike,” Unipec is still buying large quantities of Russian oil, according to Bloomberg.

“It’s helping out a bit, but it’s still a very bad policy,” Lieberman told the DCNF. “The fact that we’re using the Strategic Petroleum Reserve rather than drilling offshore or getting more oil to the United States through the Keystone XL pipeline, the fact that we’re not doing these things is really pretty shameful.”

In April, the DOE also sold 950,000 barrels to Unipec, according to a DOE report.

“The Strategic Petroleum Reserve never really was a substitute for that and now to hear that this oil is going to China is problematic because it undercuts their rationale even more,” said Lieberman. “Biden’s policy just shows that he’s not putting American consumers and the American economy first or second or even third.”

Republican members of Congress have called for investigations into the Biden administration’s selling of strategic oil reserves to China. However, energy analysts say crude prices would be higher without SPR releases, even if some of the oil ends up getting shipped overseas.

“Crude and fuel prices would likely be higher if (the SPR releases) hadn’t happened, but at the same time, it isn’t really having the effect that was assumed,” Matt Smith, lead oil analyst at Kpler, told Reuters.

“It doesn’t matter whether those barrels are consumed domestically or exported,” Smith separately told AFP. “The key goal is to keep prices lower or to keep them rising, so from that perspective, it doesn’t matter.”

The DOE, the White House and Sinopec did not respond to the DCNF’s request for comment.

This article has been updated to include comments from energy analysts about the impacts of SPR releases on oil prices.