Residents in Minneapolis are crowdfunding to get off-duty police officers to patrol the streets as the city continues to experience staffing shortages and an uptick in violent crime.

The Minneapolis Safety Initiative (MSI), a nonprofit seeking to increase law and order, is raising money to “buyback officer patrols.” Funds that are raised through the volunteer-led initiative will be sent to the Minneapolis Police Department to get officers deployed for shifts that the officers would otherwise not be working, MSI says.

“Officers working a buyback shift patrol in MPD vehicles, respond to 911 calls, and deter criminals — just as they do in a normal shift,” according to MSI. “All people working on this initiative are volunteers. There are fees for payment processing but otherwise, all contributions will go directly to paying for MPD buyback officer patrols.”

A $210,000 contract for MSI was approved by the Minneapolis City Council in January, the Minnesota Daily reported. The program lets MSI crowdfund to acquire additional patrols for areas, the outlet reported.

The Minnesota Supreme Court ruled in June that Minneapolis has to maintain at least 731 officers in the MPD after residents sued the city council and mayor for not having enough. Since the murder of George Floyd in 2020, over 300 officers have fled the MPD, Fox News reported.

Last year, Minneapolis recorded more homicides than in the last two decades, according to the Associated Press. Minneapolis has grappled with the Defund the Police movement — voting out several council members in 2021 who supported a charter that would have abolished the MPD. (RELATED: ‘Defund Police’ Activist Joins Obama Foundation After Getting Voted Off Minneapolis City Council) 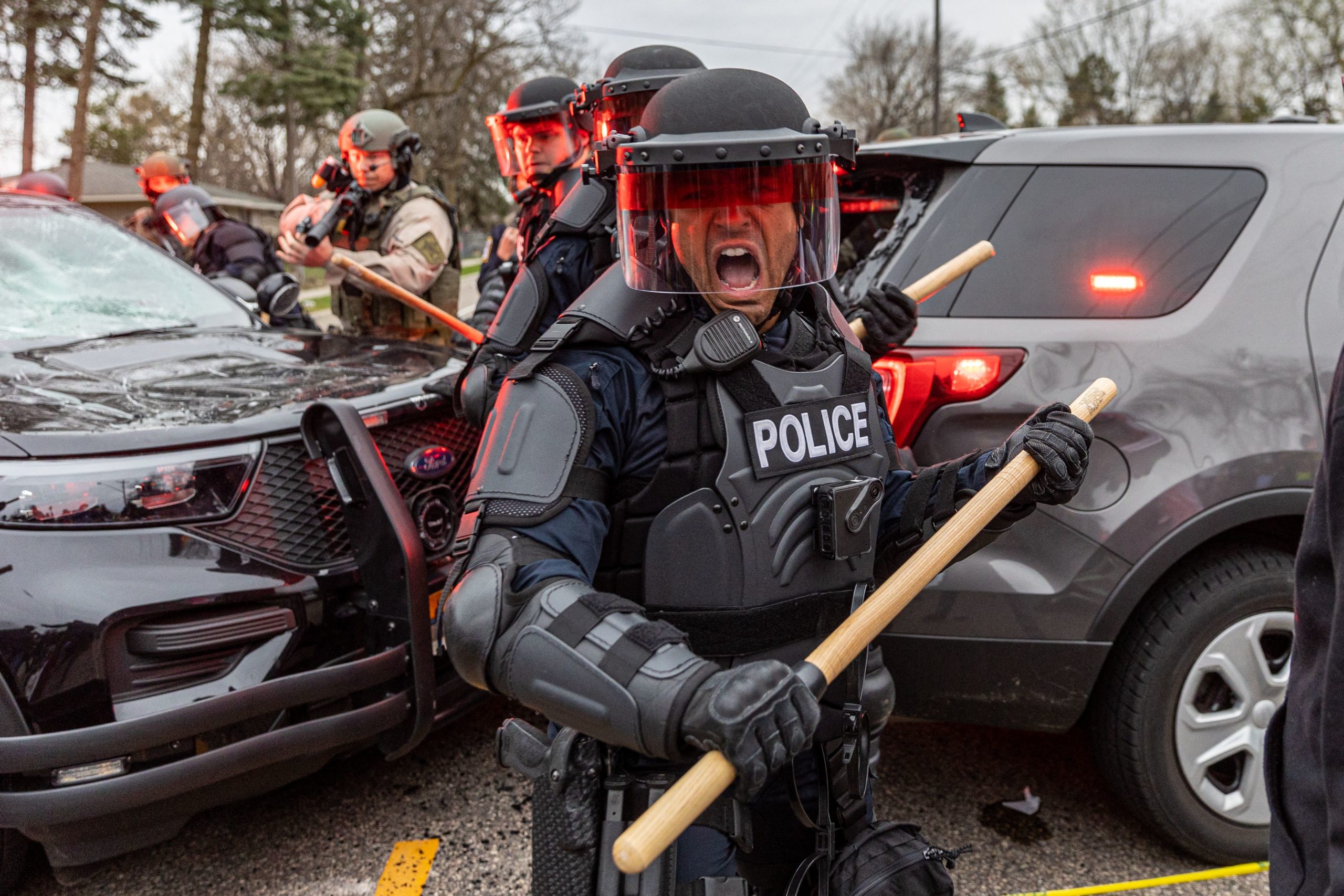 TOPSHOT – Police officers take cover as they clash with protesters after an officer shot and killed a black man in Brooklyn Center, Minneapolis, Minnesota on April 11,2021. – Protests broke out April 11, 2021 night after US police fatally shot a young Black man in a suburb of Minneapolis — where a former police officer is currently on trial for the murder of George Floyd. Hundreds of people gathered outside the police station in Brooklyn Center, northwest of Minneapolis. Police fired teargas and flash bangs at the demonstrators, according to an AFP video journalist at the scene. (Photo by Kerem Yucel / AFP) (Photo by KEREM YUCEL/AFP via Getty Images)

MSI is not the only grassroots initiative dedicated to seeking to support off-duty officers. The Downtown Minneapolis Neighborhood Association, another group, is fundraising to be able to pay an off-duty officer to patrol a downtown area for certain times each week, MinnPost reported.

MSI did not respond to a request for comment, nor did the MPD or Downtown Minneapolis Neighborhood Association.