The Florida Department of Education (FDOE) sent a letter to K-12 schools Thursday telling the schools to disregard the Biden administration’s proposed revisions to Title IX which prohibit discrimination on the basis of “sexual orientation” and “gender identity.”

Both the U.S. Department of Education (DOE) and U.S. Department of Agriculture (USDA) threatened to withhold funds to federal institutions if they fail to adhere to the new revisions to Title IX proposed in June. Florida Education Commissioner Manny Diaz encouraged private and public schools to disregard the revisions, saying they are “guidance” and do not “force the law,” according to the FDOE letter. (RELATED: Parents Suing Florida For Right To Teach Kindergartners About Gender Identity)

The proposed changes by the DOE to Title IX in June could restrict federal funds from any institution that discriminates by “sexual orientation” and “gender identity.” The revisions require every sex-separated space, including bathrooms and locker rooms in schools, to accommodate transgender individuals.

“The Department will not stand idly by as federal agencies attempt to impose a sexual ideology on Florida schools that risk the health, safety and welfare of Florida students,” Diaz wrote. 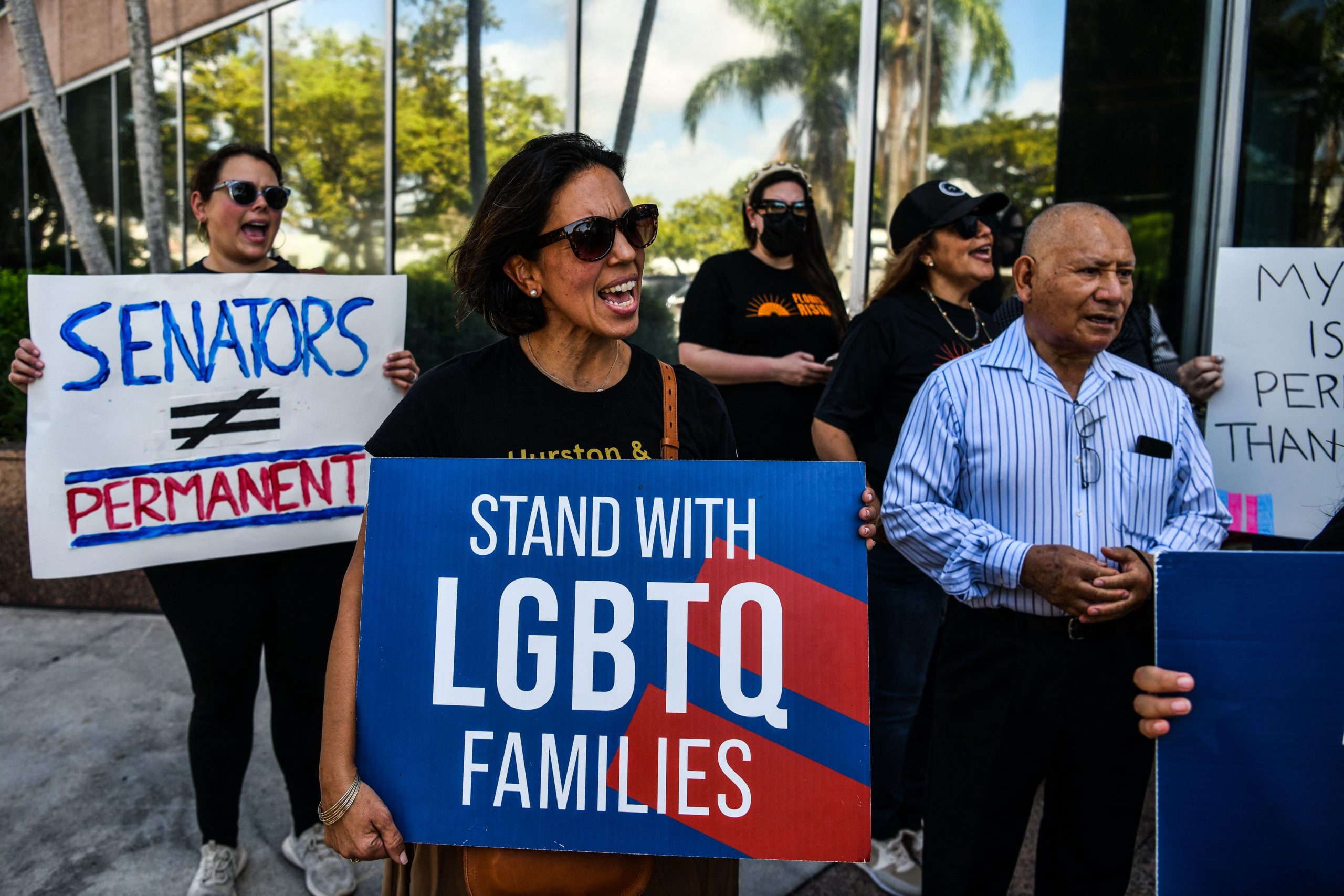 People hold placards and shout slogans as they protest outside the office of Florida State Senator Ileana Garcia in Coral Gables, Florida, on March 9, 2022. – Both the Florida Senate and House passed a bill that would limit what classrooms can teach about sexual orientation and gender identity. (Photo by CHANDAN KHANNA / AFP) (Photo by CHANDAN KHANNA/AFP via Getty Images)

Additionally, 22 Republican attorneys general filed a lawsuit on July 27 against the USDA for its guidance that revokes funds from the National School Lunch Program if schools disregard the Title IX revisions.

“The statement from the Florida Commissioner is an ’emperor has no clothes’ moment for the federal Department of Education,” Edward Bartlet, president of SAVE, a policy reform organization that works to “ensure fairness and due process” in education, told the DCNF. “For years, the DOE has issued a series of guidance documents that lacked a valid legal basis, but have had a transformative effect on schools and universities. Now, that ploy has been revealed to be unlawful.”

Florida DOE, DOE and USDA did not immediately respond to the DCNF’s request for comment.