The Department of Education (DOE) severely miscalculated revenue from federal student loans, initially estimating a $110 billion profit, but the program has lost nearly $200 billion, according to a Government Accountability Office (GAO) report.

The loss of more than $310 billion in projected earnings can be attributed to both a dramatic overestimate of the program’s revenue at the outset, and changes to legislation governing the payment of student loans, according to the GAO.  Of these losses, $189 billion can be attributed to the DOE simply overestimating the success of the loan program, as the program’s data showed that assumptions regarding the popularity of payment plans, the expected income of debtors and chance of debtors to default were flawed. (RELATED: EXCLUSIVE: Rick Scott, Senate Republicans Introduce Legislation To Prevent Mass Cancellation Of Student Loan Debt)

Income-driven repayment plans typically require the borrower to pay some percentage of their discretionary income, which can be as low as $0 per month, according to the DOE.

“While the Department always strives for the best possible estimates, there is some inherent uncertainty in the Department’s cost estimates,” said United States Under Secretary of Education James Kvaal, in a letter attached and responding to the GAO report. “We also recognize the unique circumstances of the pandemic, which have left families across the country facing unprecedented financial and health concerns.”

Of the remaining $122 billion in losses not accounted for by the Department of Education’s overestimate, only $20 billion can be attributed to usual legislative changes to loan payment plans, according to the report. The overwhelming driver of the remaining losses was the CARES Act, which suspended student loan payments responsible for the remaining $102 billion.

The Department of Energy estimates that the “average borrower” has saved approximately $4,400 as a result of this payment pause, according to Under Secretary Kvaal’s letter. 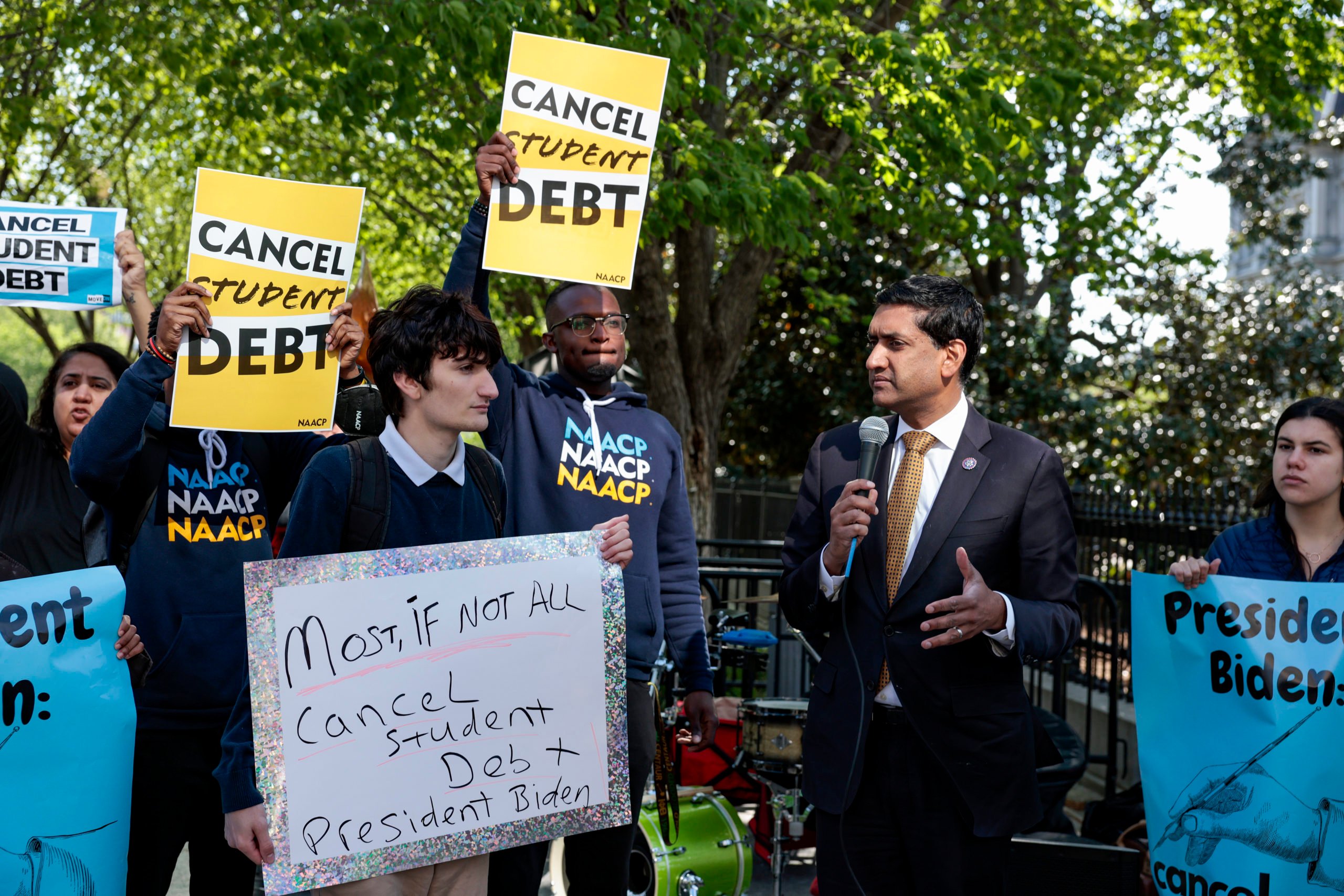 Rep. Ro Khanna (D-CA) speaks at a Student Loan Forgiveness rally on Pennsylvania Avenue and 17th street near the White House on April 27, 2022 in Washington, DC. Student loan activists including college students held the rally to celebrate U.S. President Joe Biden’s extension of the pause on student loans and also urge him to sign an executive order that would fully cancel all student debt. (Photo by Anna Moneymaker/Getty Images)

“For decades, the Department of Education has significantly underestimated the true cost of the Direct Loan program. Today’s GAO report shows that the Department’s budget was off by more than $300 billion — all of which will be paid for by hardworking American taxpayers,” they said in a statement.

President Joe Biden is under mounting pressure from Democrats to extend the suspension before it is set to expire on Sept. 1, The Hill reported.

The Department of Education did not respond to a request for comment by the Daily Caller News Foundation.