The West Virginia Coal Association and several other state coal groups blasted Democratic Sen. Joe Manchin of West Virginia for sponsoring a bill that will “severely threaten” the industry in a statement on Wednesday.

The leaders of eight state coal trade associations slammed Manchin for joining his party in supporting the purported “Inflation Reduction Act of 2022,” which contains provisions that will target the coal industry, according to the statement. Manchin’s support for the bill, which was welcomed by President Joe Biden and environmental activists, is causing the coal sector to doubt the senator’s efforts to protect coal jobs across America. (RELATED: Manchin May Be Handing EPA The Ability To Circumvent SCOTUS, Throttle The Coal Industry)

“This legislation will serve to severely threaten American coal and the $261 Billion of annual revenues that it produces for the nation’s overall economy and attendant 381,000 American jobs,” the groups said, citing statistics from West Virginia University’s Bureau of Business and Economic Research.

The package will hand the Environmental Protection Agency $45 million to regulate greenhouse gases that come from coal facilities under the Clean Air Act, according to the bill. The bill also increases the tax per ton of coal coming from underground mines from $0.50 to $1.10 and hikes the tax on surface mines from $0.25 to $0.55 by changing the tax code and striking down a subsection that reduced taxes on coal.

“This legislation is so egregious, it leaves those of us that call Senator Manchin a friend, shocked and disheartened,” the associations continued. 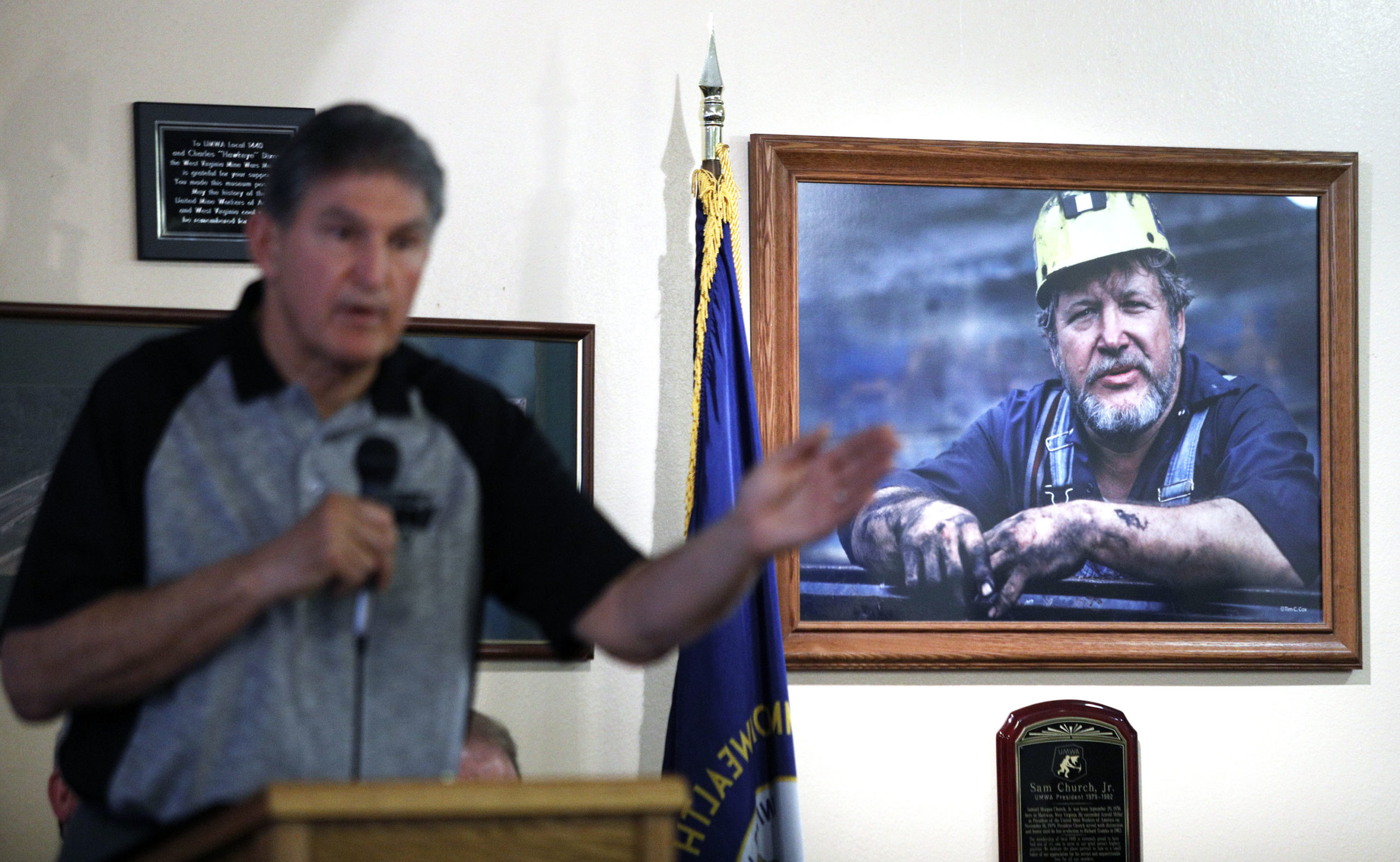 The groups further claim the bill, which Democrats want to pass this weekend, will “do nothing for coal or coal generation” and won’t cut inflation or lower energy costs for families. Chris Hamilton, the president of the West Virginia Coal Association, signed the statement with leaders of the Kentucky, Illinois, Indiana, Ohio, Pennsylvania, Wyoming and Texas mining associations.

Tucker Davis, president of the Kentucky Coal Association, called the bill a hodgepodge of “grab-bag policies pulled from the most radical fringes of the Democratic Caucus.”

“This bill is a dream-come-true for Joe Biden and Nancy Pelosi, but it’s a nightmare for the hardworking men and women of America,” Davis told the Daily Caller News Foundation.

WASHINGTON, DC – AUGUST 02: Sen. Joe Manchin (D-WV) speaks to reporters outside of his office in the Hart Senate Office Building on August 02, 2022 in Washington, DC. Negotiations in the U.S. Senate continue for the Inflation Reduction Act of 2022. (Photo by Anna Moneymaker/Getty Images)

Manchin said he didn’t agree with predictions the bill will lead to coal plants closing in his state on Tuesday, according to The Hill. “I don’t think that’s the case at all,” he told reporters. “Coal is going to be needed for the base load that we’re going to have to have,” he continued, arguing that coal will still produce enough electricity to satisfy domestic demand.

Manchin agreed to support the climate and tax bill in part due to permitting reform promises made by his party.

“I absolutely oppose raising taxes on the coal industry,” Republican West Virginia Rep. Alex Mooney told the DCNF. “The Biden administration’s reckless tax and spend policies are directly responsible for launching our nation into a recession. … It is a terrible time to raise taxes.”

This story has been updated with comment from the Kentucky Coal Association and Rep. Alex Mooney.